With the Trump Administration calling for budget cuts in the rail industry in the U.S., Jim Mathews, President of the National Association of Railroad Passengers, discusses in what ways this will be devastating for the country’s citizens and economy. 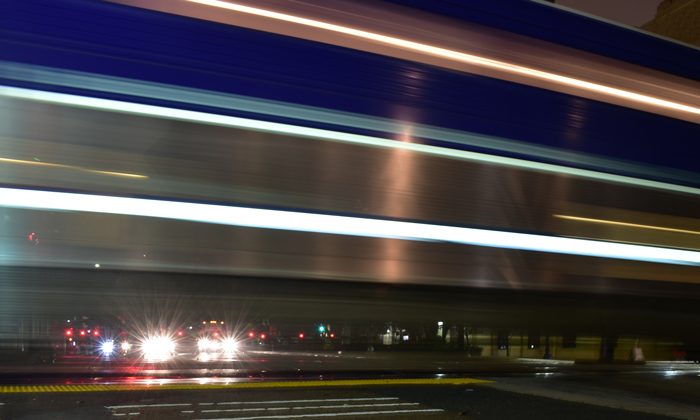 While mountains of evidence concerning the economic benefits of passenger rail continue to build, opponents of a U.S. passenger rail argue that train services should be eliminated to save taxpayer dollars. These misguided arguments, always bubbling just beneath the surface, have erupted onto the national scene following the election of President Donald Trump.

The Trump Administration called for eliminating a national passenger rail network in its 2017 budget proposal, arguing that trains are not profitable and require federal subsidies. This fails to take into account the data that shows transportation is one of the best investments the U.S. could make to grow its economy.

It’s undeniable that many Americans have come to take our physical infrastructure for granted. Built by previous generations, largely during the first part of the 20th century, these transportation systems provide not only mobility, but economic activity that couldn’t otherwise occur. Moreover, real data demonstrates that there is value to investing in new passenger rail projects, and that those investments spur more travel, job creation, and economic growth – locally, regionally and as a nation.

Trump’s argument also ignores the current government subsidisation of automotive travel in the U.S. From 2008 to 2016, the federal government spent $143 billion in general funds subsidising highways – more than three times what Amtrak has received since it was founded in 1971. For aviation, in FY2016 alone some $2 billion was transferred from the general fund to support air travel.

Government investment in all three of these networks – roads, rails, and aviation – is necessary. And a healthy balance in transportation investment helps to create an interdependent, intermodal transportation system that powers robust economic growth.

Taking examples from other countries

Across Europe and Asia, government officials understand that the future of their countries is connectivity through rail and other intermodal services.

The highest profile example is in China, of course, where the government spent more than US$300 billion to construct 12,500 miles of high-speed rail. In 2016, the government announced further investment: a plan to connect 80 per cent of its major cities by 2020, expanding its high-speed rail network to 18,650 miles with investment topping $503 billion.

It’s not just China. High-speed lines are being operated and developed in Brazil, India, Argentina, Saudi Arabia, and many other emerging economic powerhouses. And with a recently announced plan by the governments of Morocco and France to bring high-speed rail between Tangier and Casablanca (using technology built by French company TGV), it appears that North America and Antarctica will be battling it out to avoid last place in the continental race to acquire high-speed rail.

The importance of the rail network

Thankfully, the U.S. Congress is beginning to act in a way that recognises the importance of a strong and robust national network. The Congress provided the U.S. Department of Transportation with a boost in appropriations for 2018, that will fuel economic growth nationwide, especially in rural and less wealthy communities throughout regions of the U.S. known as ‘flyover country’.

Unfortunately, without a dedicated source of funding, this success must be repeated each and every budget cycle. Calls for eliminating the National Network on all but the most popular rail lines could come again in the next budget cycle. And if that plan was implemented, it would be disastrous.

A new economic report Dismantling a National Transportation Network from the Rail Passengers Association highlights the reality the country faces under such proposals that would eliminate trains. The truth is that cutting non-profitable, long-distance train services would hurt communities where household incomes are already below the national average and it would further choke off those towns.

The fallout for U.S citizens

As a result, an estimated 144 million American taxpayers, or 45 per cent of the U.S population, living in 220 mostly rural communities would lose access to passenger rail service. Twenty-three states would lose all access to Amtrak. Another 12 states would experience a loss of service to some, but not all stations. This is detrimental to many people in the less populous states like West Virginia, Alabama, and Arkansas. Officials in these states are unable to raise enough local tax revenue to replace lost federal dollars under budget cuts and passenger rail service would disappear. The increase in regional inequality that is sure to follow would only reinforce the political discord and worsen government paralysis.

As the economic report shows, promoting growth of a strong and connected infrastructure in the U.S. requires a serious commitment to expanding passenger rail. Appropriate levels of funding from the federal government are key to making this happen and will produce results including the reduction of traffic congestion in cities and on highways, decreases in fatal accidents, reduction in harmful emissions, increased job opportunities and an overall stronger economy.

Jim Mathews is President of the National Association of Railroad Passengers, also known as the Rail Passengers Association, which is the largest national membership organization fighting for more and better passenger rail service in the U.S.

By Jim Mathews (President of the National Association of Railroad Passengers)