Manager of TrackSAFE Foundation New Zealand, Megan Drayton, supplies information on the schemes, partnerships and preventative methods that are in place to improve safety at New Zealand’s level crossings… 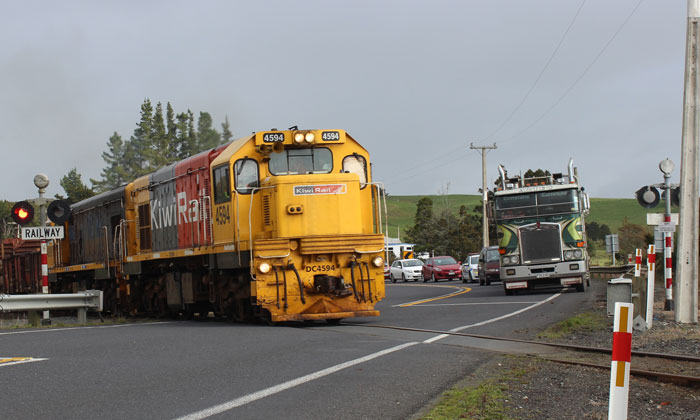 Reducing the number of fatal and serious incidents on the rail network in New Zealand continues to be the priority for rail safety charitable trust TrackSAFE Foundation New Zealand.

The Trust, which has operated in New Zealand since 2006, works to promote safe behaviour, support stakeholders and advocate for reducing risk and preventing harm to the public on the rail network.

In New Zealand there are more than 3,000 level crossings, which equates to one level crossing approximately every 1.5km on around 4,000km of track.

Since 2012, more than 95 people have died from collisions with trains in New Zealand.

TrackSAFE Foundation NZ Manager, Megan Drayton says while incidents on the rail network are only a small percentage of all fatal collisions on New Zealand roads, there are some important distinctions between level crossing collisions and road crashes, especially the severity of outcome. 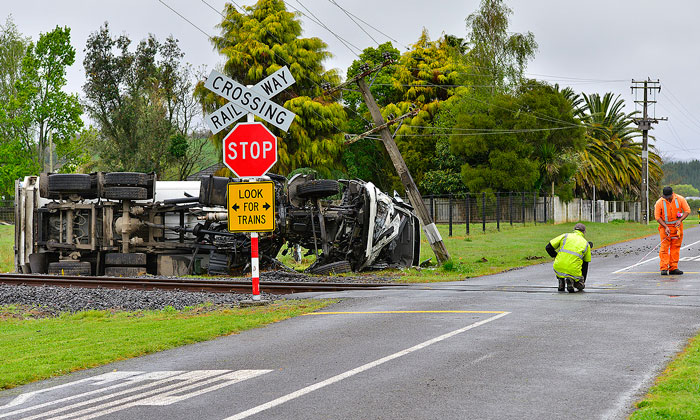 “We’ve got more electric trains in our major cities of Wellington and Auckland and increasing frequency of services.

“We also have a growing population and increasing levels of urban development, as well as high projected growth in rail freight.”

Megan states another major concern is the increasing use of mobile technology around railway tracks. Three of the deaths at level crossings in the past 18 months reportedly involved the use of headphones.

As well as the emerging risks to pedestrians around the rail network, TrackSAFE NZ continues to try and make safety for heavy vehicles a priority.

“A collision between a fully loaded train and a heavy vehicle at a level crossing has the potential to be catastrophic, particularly if it involves a passenger train and/or bus or coach,” Megan says.

“While these events are relatively rare, and have a low probability, an event of this type could result in one of the greatest losses of life and serious trauma from an incident on the land transport system.

“We only have to look overseas to see tragic events that have resulted in multiple deaths from one incident.”

It is not just TrackSAFE NZ that is focused on the risks at railway level crossings, with the Transport Accident Investigation Commission (TAIC) placing the issue on its watchlist.

TAIC is the independent government entity with the role of investigating rail accidents and incidents (without apportioning blame) with a view to avoiding similar occurrences in the future.

The TAIC Watchlist “draws attention of regulators, operators, the Government and the people involved in transport every day to transport-related concerns of high social, economic or environmental risk, systemic transport safety risks and other issues that policy makers, regulators or operators have been slow to act upon.”

Megan says TAIC has identified more than 250 locations around New Zealand where some heavy vehicles are unable to clear a level crossing due to “short stacking”.

“There are also some level crossings where the profile or the change of rate in gradient may not be compatible with vehicles that have low, albeit legal, ground clearance.”

“Obviously these issues can pose a safety risk for heavy vehicle drivers as well as passengers and rail staff on our trains,” Megan says.

The information the Trust hopes to gather from drivers includes how they regard the risk around railway level crossings and how those perceptions manifest in behaviour.

Questions the heavy vehicle drivers are being asked include how they behave when approaching level crossings protected by Give Way or Stop Signs and how much they understand about train stopping distances.

The project is collaborative, involving the NZ Transport Agency, KiwiRail and the Road Transport Forum. 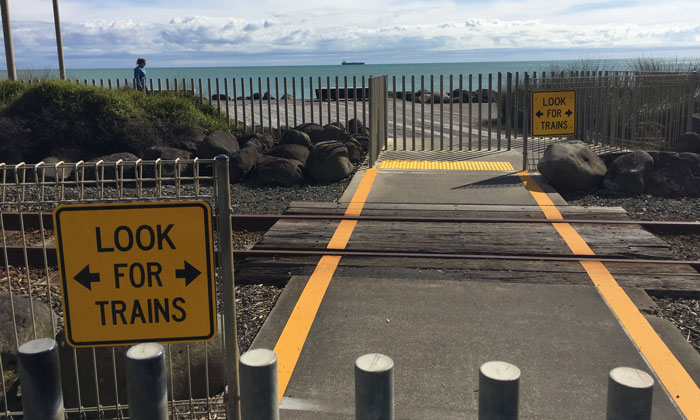 Since 2010, there have been more than 23 collisions between trains and heavy vehicles in New Zealand. The most recent involved the death of the driver of a waste management refuse truck in the Bay of Plenty.

“These incidents are devastating for everyone involved,” Megan says. “Each and every collision has a traumatic impact not just on the victims and their friends and families, but also the wider community and the rail staff involved.”

A number of engineering trials are also underway in New Zealand, aimed at helping to make level crossings safer.

A system is being trialled by national rail operator KiwiRail which sees crossing alarms activated early if an over-length vehicle approaches a level crossing at the same time as a train.

The system measures the length of the vehicle and detects the oncoming train. When they’re detected at the same time, alarms are activated to alert the driver of the danger.

The GPS sets out the Government’s strategic direction for the land transport system for the next 10 years and how it will be funded.

Megan welcomes the support for investment in rail safety, including partnering with KiwiRail to upgrade level crossings in the GPS.

The GPS also recognises the importance of organisations working together in a coordinated approach to reduce risk.

“We are heartened to see such an emphasis on safety in the direction that the Government has announced. Safety must be a focus for all of us if we seriously want a rail network in New Zealand that is increasingly free of deaths and serious injuries.”

Megan Drayton has managed TrackSAFE Foundation NZ for the past nine years, promoting safety around the New Zealand rail network and managing a number of high profile rail safety education campaigns. With close ties to TrackSAFE in Australia, Megan is also a member of the TrackSAFE Education Reference Group and promotes evidence-based rail safety education in New Zealand schools. She previously worked as a Consultant for public relations consultancy Baldwin Boyle Group and holds a Bachelor of Communication Studies from Auckland University of Technology. 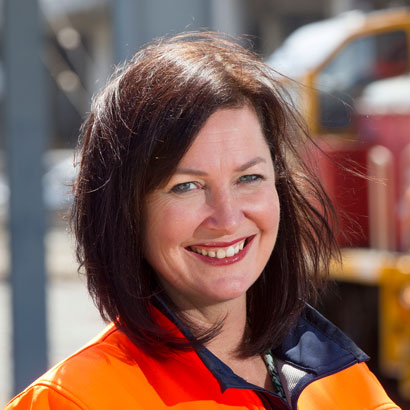