Work on the Koralm railway between Graz and Klagenfurt in Austria is running at full throttle with 90 per cent already under construction or completed. The next big upcoming milestone is one of the most important to date – the first breakthrough in the Koralm Tunnel. 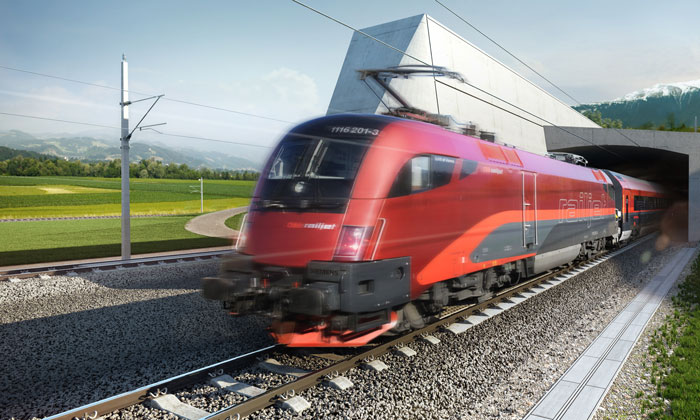 Visualisation of the western portal of the Koralm Tunnel

The 130km-long Koralm railway is one of the most important transport infrastructure projects in Europe. It is part of the new Southern line and thus an essential section of the Baltic-Adriatic corridor. From an Austrian point-of-view, the Koralm railway represents a decisive structural improvement, especially for southern Austria as a business location. The shortest travel time between Graz and Klagenfurt will be reduced from almost three hours at present to just 45 minutes.

Ninety per cent under construction

The heart of the project is the 33km-long Koralm Tunnel. In addition, the new high-performance line consists of 12 new stations, over 100 bridges and numerous other tunnels. Approximately 90 per cent of the high-performance line is now under construction or completed. With the exception of one section between Feldkirchen and Weitendorf, all sections are either under construction or complete. In particular, the tunnelling work on the Stein, Lind, Peraschitzen and Srejach tunnels in Carinthia, some of which have very difficult geology, and the tunnelling work on the Granitztal tunnel chain, have been successfully completed. The structural engineering work for the future high-speed train station in Western Styria has been in full swing since 2017. 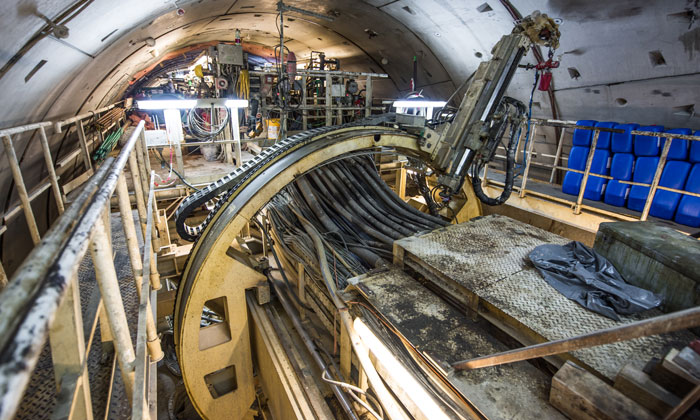 One of the three tunnel boring machines in the Koralm Tunnel

First breakthrough in the Koralm Tunnel

In addition, one of the most important milestones of the project of the century is expected this year – the first tunnel breakthrough in the southern tube of the Koralm Tunnel. There are fewer than six kilometres to go to the second breakdown in the north tunnel. A special feature here are the very different rock variants in the mountain. Kora – the Carinthian tunnel boring machine in the north tunnel – was therefore designed so that it can be converted. After having driven the first five kilometres as a soft stone machine, the rest will be done as a hard stone machine.

More than 800 people and three tunnel boring machines are employed in the construction of the Koralm Tunnel. It is a world-first for a tunnel boring machine to be in continuous use in hard rock for more than 17km – and 1,200m below the summit cross. The logistical challenges are therefore considered pioneering work. After all, six million cubic metres of excavated material have to be removed from the mountain, which corresponds to the volume of two Cheops pyramids. Most of this volume is natural, largely recyclable construction material. Approximately four million cubic metres are used as bulk material for noise barriers, railway embankments, filter gravel or aggregate for concrete. 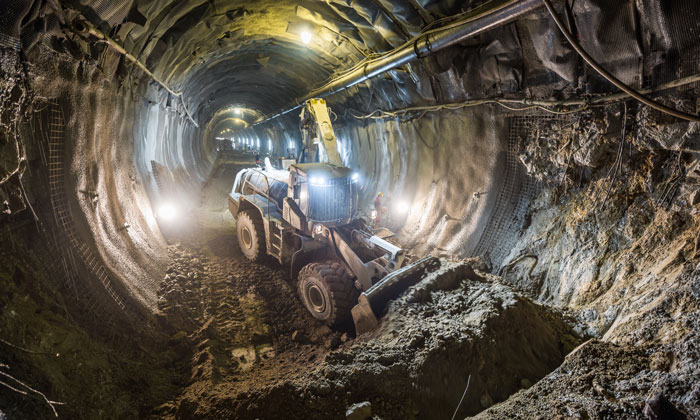 Outlook for the technical equipment

Completion of the shell will be followed by installation of the technical equipment. The trains along the Koralm railway are supplied with environmentally-friendly electrical energy. An innovative power rail which enables speeds of up to 250km/h is thus also used in the Koralm Tunnel. However, numerous other facilities are required in addition to the overhead line and the track system in order to complete the railway. Modern train safety technology, the European Train Control System (ETCS), controls aspects such as the speed and direction of the trains and data is continuously transmitted via a dedicated radio network (GSM-R). If the speed limit is exceeded, the system can automatically brake and bring the train to a stop before a hazardous point is reached.

Part of the Baltic-Adriatic corridor

In a European context, the Koralm railway – together with the Semmering Base Tunnel and Vienna Main Station – is considered to be a key project along the Baltic-Adriatic corridor. The aim of the corridor is to connect individual regions and up-and-coming economic areas between the Baltic and the Adriatic with each other. At the hub in Vienna, for example, it meets other TEN (Trans-European-Networks) corridors in the EU’s core network, such as the Rhine-Danube corridor. 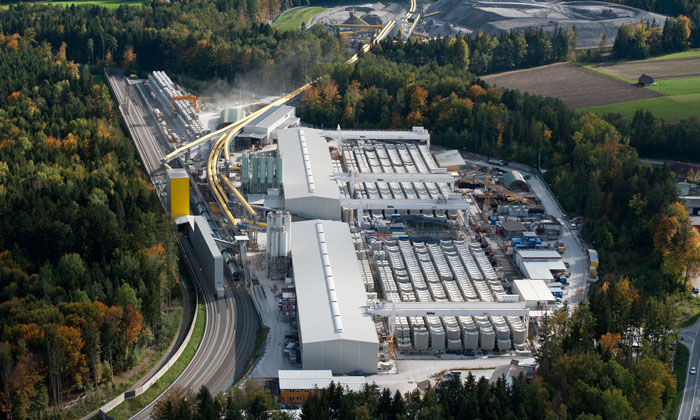 With around 18,000 employees, ÖBB-Infrastruktur AG plans, develops, maintains and operates the entire ÖBB rail infrastructure which includes train stations, routes, buildings, terminals, telecommunication systems and plants for environmentally-friendly railways. They manage the total property assets and are therefore one of the largest property owners and developers in Austria. Within the company, the majority of ÖBB apprenticeships and the railway-specific, operational and technical training are integrated. On behalf of the federal government, ÖBB-Infrastruktur AG invests more than €2 billion into the Austrian rail network each year and provides state‑of‑the-art railway technology. ÖBB-Infrastruktur AG is a 100 per cent subsidiary of ÖBB‑Holding AG and wholly‑owned by the Republic of Austria.