Increased passenger numbers are currently placing huge demands on Irish Rail to improve train speed performance. LINMAG’s Rodney Kerr, Business Development Manager UK and Ireland, explains how the operator is taking advantage of LINMAG’s rail milling services in conjunction with the latest survey and modelling techniques to improve costs as well as the performance of its railway network. 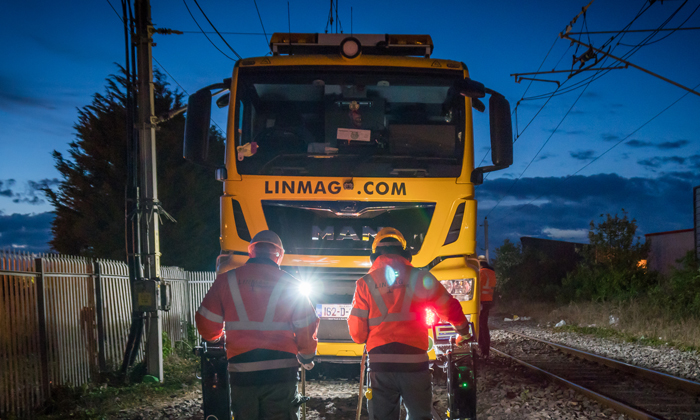 Iarnród Éireann, or Irish Rail, operates the national railway network of the Irish Republic which connects all major cities and covers 2,733km of track – 53km of which are electrified DART lines (Dublin Area Rapid Transit) and 362km are dedicated freight lines. The network and its operator are increasing in importance as passengers appreciate the benefits of rail travel over the country’s increasingly congested roads.

Passenger figures rose steeply last year with an extra 10 million people using public transport in Ireland in 2016. In the face of such an increase in demand, improvements in the speed and performance of trains will be welcome.

Many rail routes across the network are single-track, which makes using road rail plant machinery a particular advantage when carrying out permanent way maintenance as there is little need to interrupt services or block traffic.

During early-2012 Irish Rail realised that too much rail was being replaced due to defects such as Rolling Contact Fatigue, which was triggering premature capital expenditure. In fact, rail with a potential future life of up to 20 years was being scrapped for safety reasons and there was no remedy for the situation.

A network-wide eddy current survey carried out in conjunction with Sperry Rail across the entire network – which serves every major city and community in Ireland and forms a vital component of the recovering economy –showed that urgent action was needed.

Ireland’s rail gauge is 1,600mm – which is different to standard gauge 1,435mm– and as a result it is not possible to utilise most rail treatment assets, such as rail grinders. Therefore, Irish Rail’s engineering team explored the possibility of other various rail treatment systems including rail milling and, following a European tendering process, awarded a long-term seven year contract to LINMAG who provide a full service of rail milling with their SF06 Truck Rail Milling machine.

The machines can travel on motorways at up to 100km/h and join railway tracks at one of the many purpose-made on-tracking points, in order to restore the rail profile to its original state and simultaneously removing corrugation (both long- and short-wave). Operating anywhere on Irish Rail’s network for up to 200 shifts per year, the CNC controlled machine treats both rails at 425 metres per hour, on average, and removes up to a consistent 1mm of defective materials from the rail head centre. The rotational grinder on the machine finishes the rail to a surface roughness of 5 to 10 Microns, leaving a perfect running surface. All dust and debris from the milling of metal chips are removed from the track following treatment, and as rail milling is a cold process, no damage is caused to the metallurgy of the rail. 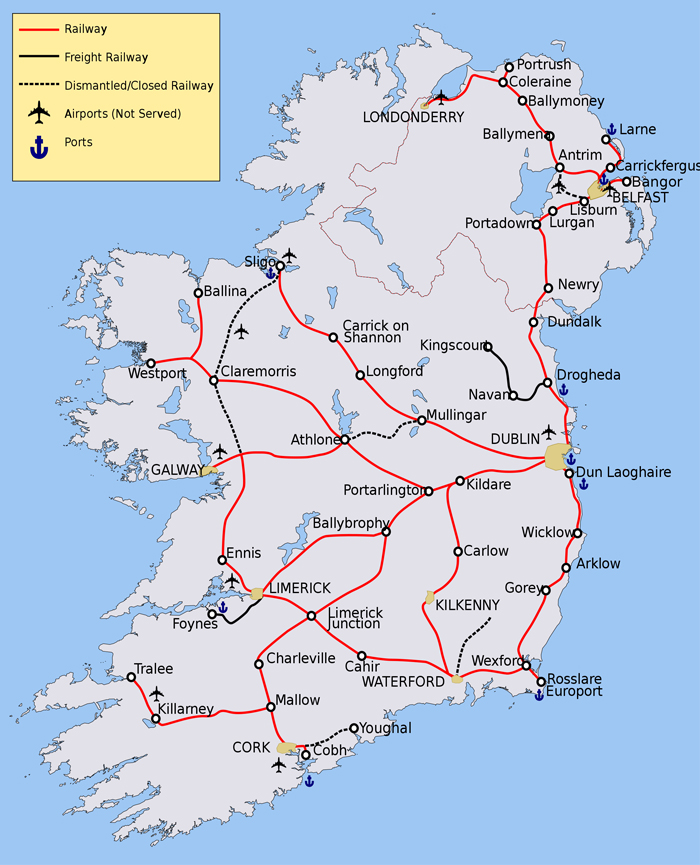 In order to reassure the responsible engineer about the status and safety of the rail, LINMAG has installed a world-first post treatment on-board Sperry Rail Eddy Current system. This records the location and condition of the rail to a database, which ensures that Irish Rail can be certain about the rate of deterioration of the rail. In this way they can accurately plan for future treatment in order to extend the life of the rail.

LINMAG can monitor the GPS-located rail milling train at all times directly from their base in Steyrermuehl Austria, and can diagnose and fault fix the machine remotely. LINMAG is an associate company of Linsinger who manufacture the rail milling truck, thus assuring the client of long-term engineering support and upgrades as required.

The seven year duration of the contract has enabled LINMAG to train local Irish staff to service, support and operate the machine alongside the permanent Austrian specialist operators.

The Irish Rail client engineers work closely at all times with LINMAG, its suppliers, partners and staff to deliver what is undoubtedly an innovative Irish success story.

Our plan is to extend our service to include switch milling and, because research provides LINMAG with more technological progress, more exciting developments will be seen in the future. However, we will always focus on current methods including the following:

We will also focus on the production of an action plan to use information from the National Eddy Current survey and the National Ultra Sound survey to achieve the following:

It is only now being realised that the comprehensive management of the wheel-rail interface is the key to the overall improvement in managing costs and performance on the modern railway system. Irish Rail is taking an important lead in doing this and LINMAG will support them all the way.

Rodney Kerr has worked in the railway and allied industries for more than 30 years, with experience at London Underground, Railtrack, Speno International, Nomix-Chipman and as a consultant to many senior directors. At LINMAG Rodney is responsible for Business Development and Customer Relations in the UK and Ireland, and is a Senior Advisor in First Class Partnerships Ltd. 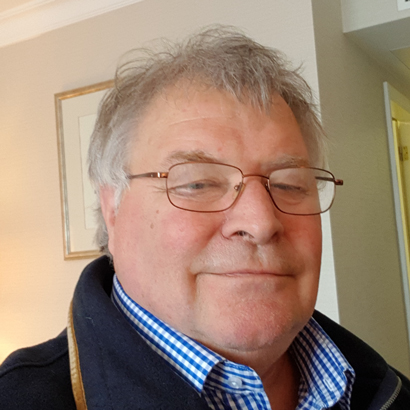