The association of European Rail Infrastructure Managers (EIM) was established in 2002 to promote the interests and views of independent infrastructure managers in Europe. With 12 members and two associate members, EIM represents over 50% of the EU’s railway lines. Currently, all EIM members have ERTMS projects implemented, ongoing or under planning for future deployment, establishing them as the key players in the development of ERTMS. But as EIM Executive Director Monika Heiming explains, in order for progression and success, the industry end-users must make their voices heard. 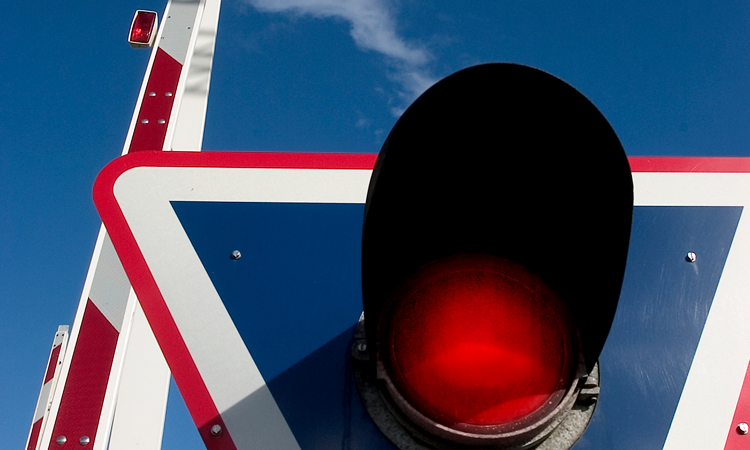 As an officially recognised body, EIM acts directly with the European Railway Agency (ERA) and the European Commission (EC) both on a political and technical level. The technical expertise available via the 180 experts working in the 16 different EIM technical working groups has contributed significantly to the development of the European railway’s regulatory framework.

Both technical and operational aspects play a crucial role when deploying ERTMS. In order to achieve the Single European Railway Area (SERA) both aspects need to be taken into account. It is often the case today that ERTMS is deployed to the track side in parallel to an existing Class B system (the national signalling system) which often has decades of lifespan remaining. This leads to a situation where the train drivers have to know two sets of operational rules and the infrastructure managers have to maintain two systems instead of a one. This is a unique challenge to railways which needs to be properly managed.

In 2015, ERA adopted a new process for drafting its annual work programme titled Single Programming Document (SPD). EIM was involved in the development of the following five strategic activities in the SPD with the industry:

EIM was the industry lead for the activity related to ERTMS development, ‘A Single EU Train Control and Communication System’.

As an industry lead EIM introduced several proposals amending the original ERA SPD 2016 and has taken the position that the quality of ERTMS products has to be made a top priority. A crucial part in this process is the performance of the Notified Bodies (NoBos) whose assessment is needed both for the EC certification of products and for the authorisation for placing subsystems into service.

EIM members have had suboptimal experiences with the quality of ERTMS products which have been certified by a NoBo. It has to be remembered that NoBos are the clients of the ERTMS suppliers, which causes a conflict of interest. This is a situation which is unbearable – in aviation for example, products which have received certification but yet fail to comply with the relevant EU laws would not be allowed on the market for long. EIM is pleased to see that ERA is about to release a certification scheme for the Accreditation of Notified Bodies and hope to see the scheme result in a reduction of NoBos issuing certification to products of poor quality. EIM members already collect this information and are considering creating a public database of non-compliant ERTMS products as a service to its members.

EIM also sees that the selection of ERTMS Change Requests (CRs) for the future development of ERTMS has to be conducted in co-operation with the sector; this applies both for the GSM-R and ETCS. EIM has been voicing this position actively vis-à-vis the EU institutions.

Shift2Rail will drive the innovation further

Today’s control command and signalling systems are mainly static systems indicating the location of the train and the path allocated to it in a safe manner. In the future, these systems should migrate towards active decision supporting tools which are an integral part of future train traffic control centres which enable safe operation, energy savings and predictive operation of the trains. In the railways of the future, trains should move in ‘green waves’. The introduction of Automatic Train Operations (ATO) as part of ERTMS will take these developments further, and Shift2Rail has a major part to play in the development of these intelligent systems.

The future signalling systems, based on ETCS, will increase the capacity of the railways. But in order to achieve this, the already envisaged principles of ERTMS Level 3 have to be brought into daily business of the railways. These future developments have to be designed and implemented so that the investments made by infrastructure managers and railway undertakings into ERTMS today are protected. This means a proper backwards compatibility and smooth migration paths have to be assured.

As mentioned, infrastructure managers have legacy signalling systems with decades of lifespan remaining, and the co-existence of ERTMS and legacy systems is a reality. This transition from the existing systems into the systems of tomorrow still has room for some innovation regarding how to manage the transition process in a safe and cost effective manner. The challenge is not only technical, but operational aspects play a key role in this process as well.

EIM sees that the role of ERA will increase in the future developments of ERTMS, to ensure proper stability and its update process. ERTMS is fundamentally an IT-system; the approach to ‘software bugs’ is challenging for the infrastructure managers and railway undertakings to manage today. The process of finding errors is all too familiar to us from our desktop computers: the manufacturers push out early versions of the software and the early adaptors of the technology act as the beta testers. This thinking has to be changed around.

Manufacturers need to start publishing stable products compliant with the European laws whose compatibility is assured by EC verifications granted by a qualified and un-biased Notified Body. The product testing has to be conducted in laboratories rather than on the line side where ‘installing product update patches’ is time consuming and causes operational delays.

With the Fourth Railway Package Technical Pillar, ERA will get the right to pre-assess any tender documents related to ETCS trackside projects. Although EIM was not in favour of this approach due to the potential delay and cost increase it could cause to our projects, if implemented correctly this approach can bring benefits to the interoperability. The precondition for this is that the ETCS specifications are free of bugs. Today’s situation where ETCS has been installed with incompatible bugs is unsuitable and completely demolishes the idea of interoperable European railways.

EIM members are committed to making the ERTMS into the truly interoperable system for the European railways. This means that the voice of the end-users has to be heard at all stages of the process.

EIM has identified cyber security as one of the key aspects which has to be analysed properly in the field of future railway signalling systems. This has to be approached via black-box thinking – focusing on the interoperable component of ERTMS security. In this context this means system components whose security cannot be managed by one individual infrastructure manager or railway undertaking, but has to be tackled with a holistic view on a European level. Railways operate a unique system from an IT point-of-view; on-board computers are constantly moving and crossing borders while changing the partner it is connected with. This will most likely require further standardisation work in order to facilitate the good practices being applied across the sector.

As a green mode of transport it is clear that Europe cannot lose its potential when it comes to developing the railways. The railway as a sector has to facilitate the transition from non-flexible government owned incumbent monopolies into a customer oriented and cost effective business. Signalling developments play an important role in facilitating these changes as railways continue to play a crucial role in the European economy.

Monika Heiming has been Executive Director of EIM since October 2011. Monika has been active in Brussels as a lobbyist and manager of international associations and groupings for a number of years. She studied languages at the University of Cologne, and holds a Master’s degree in European Management from the University Faculties in Brussels and an Executive MBA from the Belgian Solvay Business School. Among her previous experiences, she has helped develop the association UNIFE in Brussels from 1993 to 1997. She also managed and marketed the engineering activities of European engineering group Europengineers EEIG from 1999 to 2004, before being made Secretary-General of ERFA in January 2005. 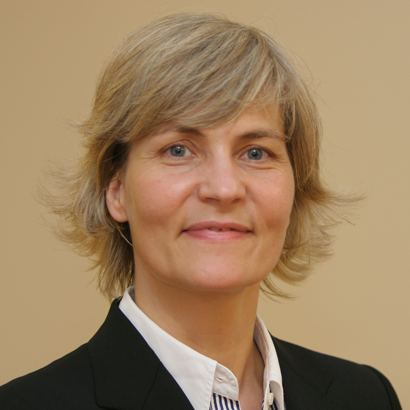