Oscar Martos and Kamil Pravdík, Project Officers in the Fixed Installations and Rolling Stock Unit at the European Union Agency for Railways (ERA), discuss how the European Union has begun to confront railway noise emissions through the creation of the Environmental Noise Directive and how, going forward, EU countries will begin to comply with the legal framework. 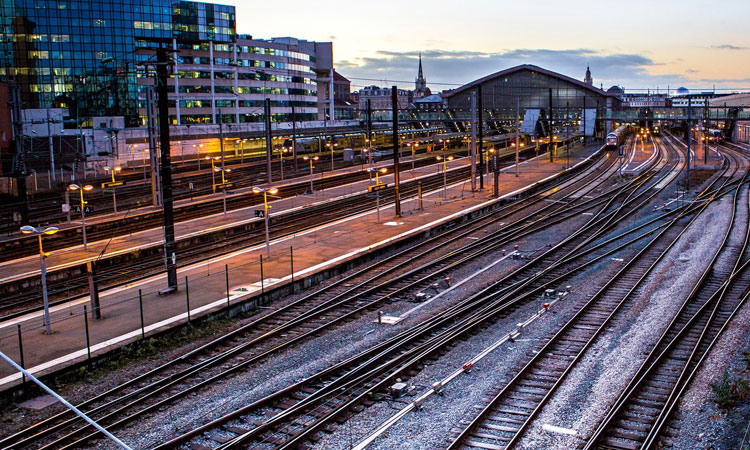 According to the World Health Organisation (WHO), traffic noise alone is harmful to the health of almost every third person in the WHO European Region. One in five Europeans are regularly exposed to sound levels at night that could significantly damage their health.

In order to protect the health of its citizens, the European Union (EU) has set out an extensive legal framework to limit their noise exposure. The EU legal documents having an impact on railway noise are titled the Environmental Noise Directive – a dedicated regulation, setting out the modalities to be followed for the application of the charging for the cost of noise and the Technical Specification for Interoperability Noise (Noise TSI).

The regulation, setting out the modalities to be followed for the application of the charging for the cost of noise, sets out the legal framework on the basis of which a scheme establishing Noise Differentiated Track Access Charges can be applied. In other words, noisier wagons should pay more to access the rail infrastructure. The most recent EU regulation in the field of rail noise is constituted by the amended Noise TSI, which entered into force on 16 June 2019. The European Union Agency for Railways (ERA) run a task force and a working party to propose a recommendation to the European Commission (EC) on this Noise TSI amendment in 2016 to 2018.

The railway system is split into subsystems from the EU legal standpoint in order to better deal with its complexity. The Technical Specifications for Interoperability (TSIs) are European regulations which define the technical and operational standards which must be met by each subsystem in order to meet high-level essential requirements such as safety and technical compatibility, and ensure the interoperability of the railway system of the European Union. In general, the TSIs apply to new, upgraded or renewed subsystems.

The aim of the quieter routes is to limit the noise emission of railways along the most used lines by freight transport. However, noise emission will be limited to a certain extent along the remaining (non-quieter) routes too, as wagons run on both quieter and remaining routes. So, how is a quieter route defined? The main criteria is to target lines where the freight traffic is higher during the night, as freight traffic has been identified as the main source of railway noise and it is during the night that the noise is more harmful to the people living near railway tracks.

A quieter route is a part of the railway infrastructure with a minimum length of 20km, on which the average number of daily operated freight trains during the night was higher than 12. Freight traffic in the years 2015, 2016, and 2017 is the basis for the calculation of that average number with some modalities in case one of these years was not representative from the point of view of freight traffic.

Quieter routes will be applicable from 8 December 2024, and only freight wagons which are Noise TSI compliant will be able to run on quieter routes during the day and night. This date was chosen as a compromise to allow the railway undertakings, keepers, and entities in charge of maintenance to adapt to the new regulatory framework by retrofitting the wagons which will run on quieter routes, taking into account a standard six-year maintenance cycle of wagons. The most cost-efficient way of making an existing wagon Noise TSI compliant is to retrofit it with composite brake blocks. In order to facilitate the retrofitting process, the Noise TSI 2019 does not require to demonstrate that the retrofitted wagons with acoustically efficient composite brake blocks – listed in the appendix – fulfil the requirements of the Noise TSI. The same applies for other proven technical solutions such as replacing brake blocks with disc brakes.

During the work leading to the adoption of Commission Implementing Regulation (EU) 2019/774, concerns have been raised by Nordic EU Member States about winter performance of composite brake blocks. These concerns are not yet resolved and, therefore, the concept of quieter routes is not applicable in Finland and Sweden until 31 December 2032. Also, based on these concerns, the EC is requested to issue a report by 30 June 2020 regarding operation with wagons equipped with composite brake blocks in Nordic winter conditions. If the results show that the operation of such wagons poses safety issues that cannot be addressed by operational and technical measures, without severe adverse impact on rail freight operations, the EC is requested to propose amendments to the Noise TSI to address those issues whilst preserving cross border freight traffic to and from affected Nordic regions.

In addition to the time-limited non-application of the quieter routes in Finland and Sweden, several EU Member States have been granted particular implementation rules for wagons operated on quieter routes for specific types of wagons, such as those equipped with tyred wheels, or wagons requiring the fitting of a kink valve in order to replace cast-iron brake blocks with composite brake blocks. These particular implementation rules allow a later deadline for ceasing the operation of specific types of wagons on the quieter routes to 8 December 2024.

The Noise TSI 2019 is expected to increase the pace of the retrofit of 350,000 freight wagons, which is 55 per cent of the total EU fleet. Another 160,000 wagons are already Noise TSI compliant. The number of wagons for which a limited non-application of the Noise TSI is allowed is estimated at 124,000.

OSCAR MARTOS (above) and KAMIL PRADVÍK (below) are Project Officers at the European Union Agency for Railways (ERA), working in the Fixed Installations and Rolling Stock Unit. They deal with vehicle (type) authorisation and drafting of the Technical Specifications for Interoperability (TSIs) relating to rolling stock – freight wagons subsystem, locomotives and passenger rolling stock subsystem, noise subsystem, and accessibility of the European Union’s rail system for persons with disabilities and persons with reduced mobility.