With coronavirus effectively putting life on pause, now, more than ever, is the time to look ahead. Howard Rosen, Chairman of the Rail Working Group, looks at the role of railways post-pandemic, and the potential for funding from the private sector to see the industry realise its true potential. 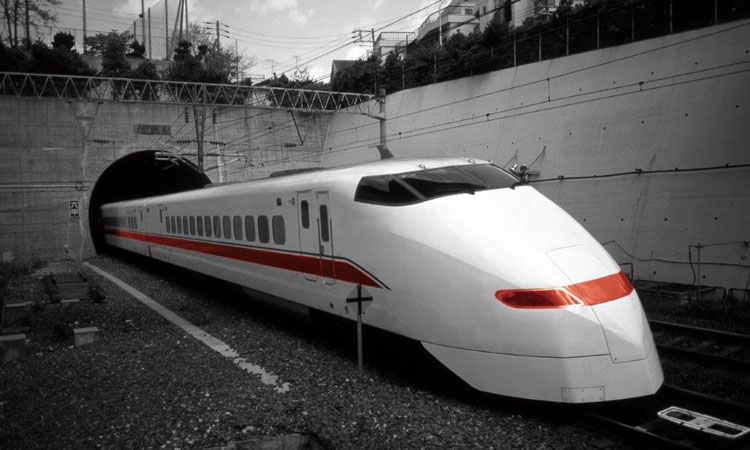 Is there light at the end of the tunnel, or is it the headlights of the locomotive hurtling towards us? It’s not yet clear. At the time of writing, at least one third of the planet’s human population is in lockdown and the coronavirus pandemic is creating unprecedented economic disruption.

For the rail industry, the crisis presents a challenge that is close to existential. We will emerge from these awful times at some point during this year, but what will the ongoing consequences be for the rail sector? Of course, rail manufacturers and operators will need short-term support; we cannot allow a key part of our distribution system to go to the wall. But there are three inevitable conclusions in the mid-term.

In a global economy, working with a just-in-time supply chain, the virus has shown us the importance of logistics and the fast distribution of bulk shipments. Only the railways can deliver the necessary volumes, with short lead times, at an acceptable cost. After the crisis is over, we need to focus on strengthening these rail supply chains, which means putting significantly greater investment into rail infrastructure and the rolling stock to run on it, as well as exploiting the significant efficiencies that new technology is bringing to the industry.

The need for sustainable transport

Secondly, the dramatic reduction in road transportation is significantly reducing the pollution of our skies. Railways are a fundamental part of a sustainable development agenda, as we battle climate change. Antonio Gutteres, the Secretary General of the United Nations, recently commented that, “when we rebuild our economies, we will have a chance to do it in a more sustainable way”. We must take that chance. Again, it will be the railways that deliver, but, in many countries, this will mean significant investment into electrification programmes and, also, new rolling stock.

But there’s no money

In a global economy, working with a just-in-time supply chain, the virus has shown us the importance of logistics and the fast distribution of bulk shipments.

The third conclusion is troubling, because it stands in opposition to the first two. This crisis has come at a huge cost. Governments are pouring vast resources into rescuing their economies. They will be borrowing eye-watering amounts of money in the coming years. For the emerging economies, particularly those highly dependent on earnings from commodities and tourism, the financial impact will be crushing. A domestic slowdown will be compounded by the massive reduction in commodity prices, bringing some states close to economic collapse. Ministers will be struggling – in some cases, literally – to keep the lights on. The resources for investing in the railways will be cut back brutally just at the time when they should be increased. The only way out of this will be to find mechanisms to attract private capital – investors, pension funds, leasing companies, banks and other financial institutions – to provide those resources. The positive news is that there is a tool that will shortly be available that will go a long way to making that happen.

How the private sector can help

The Luxembourg Rail Protocol to the Cape Town Convention on International Interests in Mobile Equipment is a new international treaty that will make it much easier for the private sector to invest in, and finance, railway rolling stock. The Protocol creates a new global system, securing private creditors, providing a common set of rules for recognising their security rights in financed assets and establishing priorities where there are competing rights. It also gives creditors clear enforcement rights on debtor default or insolvency.

There will be an international registry, based in Luxembourg but accessible 24/7 through the internet, where the rights of secured lenders and lessors can be registered, facilitating, for the first time, a worldwide system that uniquely identifies railway equipment. The Protocol follows on from the highly successful Aircraft Protocol to the Cape Town Convention, which has been in force now for 14 years and has been adopted by close to 80 countries. The Luxembourg Rail Protocol is not yet in force, but we expect it to come into operation in the first half of 2021 in adopting states.

Currently, approximately €53 billion is spent each year worldwide on new rolling stock. In the future, governments will not need to use valuable resources to underwrite the purchase of railway equipment. The private sector can take over this burden. The Protocol costs governments nothing other than the limited initial expense of introducing the treaty into domestic legislation. Moreover, the cost of private capital will be significantly reduced. A recent survey commissioned by the Rail Working Group showed that, in 20 countries across Europe alone, the net present value benefit of the Protocol in relation to financing costs would be close to €20 billion.

When the crisis is over, we cannot simply return to the past. The Luxembourg Rail Protocol represents a unique opportunity for the rail sector to create a new future in what we know will be very difficult economic times ahead.

For operators, the Protocol will not only be a lifeline, as they urgently seek to upgrade their passenger and freight fleets, but it will be an opportunity to monetise existing fleets currently sitting heavily on their balance sheets. It will also facilitate more operating leasing of railway equipment, creating significant efficiencies by giving operators more flexibility and lowering the barriers to entry, resulting in a more competitive and dynamic rail sector. For besieged manufacturers faced with the real possibility of dramatically shrinking order books and idle factories, it will open the way not just to retaining, but to increasing sales.

By securing operators, owners and creditors when rolling stock crosses borders, and utilising the new global exclusive vehicle identifier, the Protocol will lead to more efficient regional and continental integration in Europe, Africa and beyond. With fast developing technology, the new identification system will also make it easier for manufacturers, operators, financiers and regulators to track the location and status of rolling stock in real time.

Don’t sit on your hands

When the crisis is over, we cannot simply return to the past. The Luxembourg Rail Protocol represents a unique opportunity for the rail sector to create a new future in what we know will be very difficult economic times ahead. Many of us may be confined to our homes for now, but this is not the time to sit on our hands. The industry must urgently work together to persuade governments to move forward with this new international treaty because, when the time comes – for good economic, social and environmental reasons – it should be a train that emerges from the tunnel.

Howard Rosen is an English solicitor leading the boutique law firm Howard Rosen Solicitors in Zug, Switzerland. The firm specialises in international commercial and finance law, with a particular emphasis on rail and aircraft finance. He is a regular speaker and moderator at international rail conferences and writes frequently on rail matters. He is Chairman of the Rail Working Group, a worldwide not-for-profit association constituted by UNIDROIT, which represents over 90 rail stakeholder companies and industry associations and is dedicated to the implementation of the Luxembourg Rail Protocol to the Cape Town Convention. 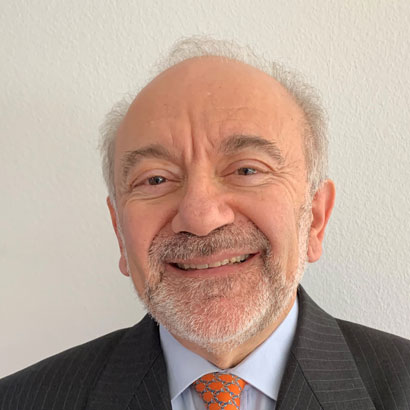