Bombardier Transportation and CARGOUNIT have celebrated the handover of the first of three BOMBARDIER TRAXX MS locomotives in Gdansk. 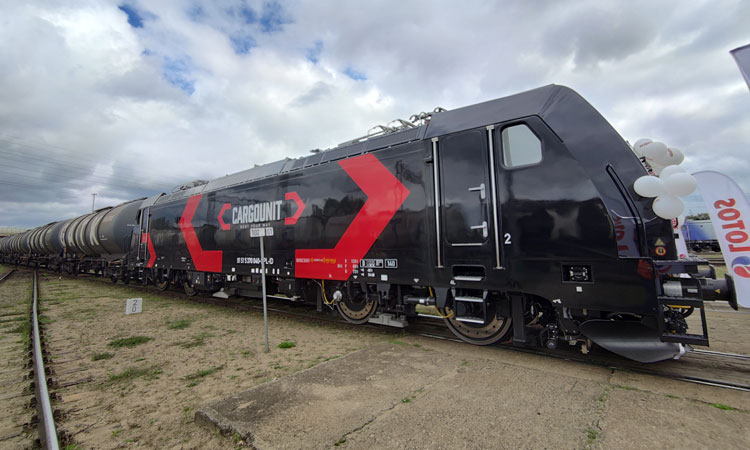 The TRAXX MS locomotive for CARGOUNIT at the Lotos Kolej site in Gdansk, Poland. Credit: Bombardier

Bombardier Transportation and CARGOUNIT, a leading locomotive and passenger rolling stock leasing provider based in Poland, have celebrated the handover of the first of three BOMBARDIER TRAXX MS locomotives in Gdansk. The next two multi-system locomotives are scheduled for delivery during September 2020.

Łukasz Boroń, CEO of CARGOUNIT, said: “We’re pleased to offer our customers these proven TRAXX locomotives which are characterised by multiple country homologations and low operating costs. Adding multi-system locomotives to our fleet is a part of our core strategy aimed at fulfilling growing demand of our customers for modern locomotives for international rail transport in Central and Eastern Europe.”

The locomotives are authorised for operation in seven countries – Poland, Germany, Austria, Czech Republic, Slovakia, Hungary and The Netherlands.

Peter Ammann, Head of Global Business Development Locomotives at Bombardier Transportation, said: “With CARGOUNIT being the largest Polish leasing company, we have now gained another important customer in this dynamically evolving market. We are committed to our locomotive business in Poland and are proud that our TRAXX carbodies are produced at the Bombardier site in Wroclaw, the city where CARGOUNIT is also based.”