U.S. Secretary of Transportation, Elaine L. Chao, has announced $291 million in ‘State of Good Repair’ grants to improve the reliability and safety of America’s rail network. 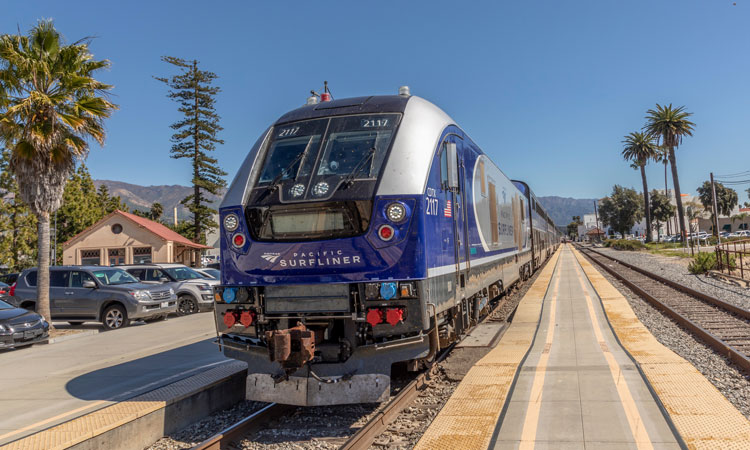 U.S. Secretary of Transportation, Elaine L. Chao, has announced an investment of more than $291 million in grants for 11 intercity passenger rail projects in nine states through the Federal-State Partnership for State of Good Repair Program (Partnership Program).

The Partnership Program is intended to improve intercity passenger rail performance by funding capital projects to repair, replace or rehabilitate publicly owned or controlled railroad assets, thereby bringing them into a state of good repair. Funding for these awards totals $291,422,706, with $198 million made available from the Further Consolidated Appropriations Act of 2020 and $93,422,706 in remaining funds made available through the Consolidated Appropriations Act of 2019.

The Federal Railroad Administration (FRA) published a Notice of Funding Opportunity for this award cycle on 10June 2020. The evaluation and selection process considered several factors in choosing projects, including the project’s abilities to improve service and safety and to meet existing or anticipated demand.

FRA Administrator Ronald L. Batory, said: “This Administration has invested billions in railroad infrastructure to ensure the safe movement of passengers and goods throughout our nation. These investments have proven vital during this challenging year and kept essential supplies moving throughout our nation, and these State of Good Repair grants will continue those improvements and enhance passenger rail service to ready the nation for the forthcoming recovery.”

The following 11 projects were selected.

California – San Diego next generation signaling and grade crossing modernisation (up to $9,836,917)

This is to replace and upgrade obsolete signal, train control, and crossing equipment on a 60-mile section of North County Transit District right-of-way the carrier shares with Amtrak intercity service and freight rail. It will also bring signal and train control components into a state of good repair, including installing new signal houses, signals, and cabling. It will replace components at more than 15 grade crossings along the corridor.

California – Pacific Surfliner Corridor rehabilitation and service reliability (up to $31,800,000)

This is to replace the Connecticut-owned movable Norwalk River Bridge, built in 1896, with two, independent, two-track, vertical lift rail bridges in Norwalk, Connecticut. It includes associated embankment and retaining wall improvements on the bridge approaches, new catenary structures, and signal system upgrades. The existing bridge is beyond its useful life and prone to malfunctions, especially during opening or closing. The replacement will reduce slow orders, reduce the risk of service disruptions, and improve resiliency to extreme weather events. The project is a regional priority in the Northeast Corridor Commission’s five-year capital plan. The current award is in addition to the $29.9 million previously awarded in fiscal year 2019 Partnership Program funds, and completes the project. The Federal Transit Administration formula and Hurricane Sandy Relief funds provide additional funding.

This is to replace the Connecticut River Bridge with a modern, resilient, moveable bridge immediately south of the existing structure. The existing Amtrak-owned, 113-year-old bridge poses a risk of long-term major disruption on the Northeast Corridor due to its age and condition. The replacement bridge will maintain the two-track configuration and existing channel location, and provide a bascule moveable span with additional vertical clearance for maritime traffic. The bridge serves the Northeast Corridor main line and is used by Amtrak’s intercity services, Connecticut Shore Line East commuter service, and freight operators. The project will provide safety, reliability, and trip-time improvements for rail users. Maximum speeds will increase from 45 mph to 70 mph. Bridge opening delays will be significantly reduced, and Amtrak will realise maintenance savings from the new structure.

Massachusetts – Worcester Union Station accessibility and infrastructure improvements (up to $29,303,350)

This is to rehabilitate and upgrade the platform and track area of Worcester Union Station, constructing a new island platform with grade-separated pedestrian access to replace a single side platform, plus associated rehabilitation of two station tracks and signals. The new, 800ft-long, high-level platform will provide full Americans with Disabilities Act accessibility and enable multiple trains to stop at Worcester simultaneously. Project improvements will be owned by Massachusetts Bay Transportation Authority (MBTA). The project will expand the station’s capacity to serve MBTA commuter services and current and potential future Amtrak intercity service. The upgrades will improve reliability and reduce delays and operational conflicts created by the constrained, single side platform that cannot easily serve trains moving in opposite directions.

This is to rehabilitate and improve geometry for 42 horizontal curves, installing 80,000 feet of rail and related safety enhancements at 16 public and eight private at-grade crossings, including roadway vertical profile changes and active warning device installation on the state-owned rail corridor between Ypsilanti and Jackson, Michigan. It is expected to provide a seven-minute trip-time reduction and improve operational reliability and grade crossing safety throughout the corridor.

This is to rehabilitate two island platforms and upgrades a side platform to high-level boarding, remediating existing platforms’ deteriorated conditions and expanding station capacity at the Trenton Transit Center. The station serves Amtrak intercity train services and New Jersey Transit commuter service. Project improves the safety and accessibility of the boarding environment, including full ADA compliance at all platforms at the station. The platforms, canopies, and vertical circulation elements being rehabilitated were rated adequate to poor in the applicant’s most recent assessment.

This is to replace and upgrade crossing warning devices and add accessible pedestrian walkways and gates at the Hudson Avenue grade crossing in Peekskill, New York, on Metro-North’s Hudson Line, which serves Amtrak intercity service, Metro-North commuter service, and freight rail. It will replace the 40-year-old warning system and crossing gates with modernised components, including an “another train coming” warning at this busy, double-track corridor. All rail operators along the corridor will benefit from improved crossing safety and elimination of delays the current warning device malfunctions cause. Project significantly improves safety and access to Peekskill Station and an adjacent city park.

This is to replace an existing double-track rail bridge owned by CSX with two new double-track rail bridges to be owned separately by CSX and the Commonwealth of Virginia, expanding passenger rail capacity in the Washington, D.C., to Richmond, Virginia, corridor. The corridor serves Amtrak intercity service, Virginia Railway Express commuter service, and freight rail. The existing bridge is over a century old, is not in a state of good repair, and spans a single-lane roadway, which will be widened to a two-lane roadway with standard vertical and horizontal clearances as part of the project. Additionally, the new spans will eliminate slow orders related to the bridge condition and allow for 60-70 mph operating speeds. The Partnership Program funding to support the Virginia-owned bridge is part of an effort to bring the corridor into a state of good repair and create additional capacity. A separate double-track rail bridge owned by CSX is planned outside the scope of this award, which will serve and enable future growth in passenger service in the corridor.