Alstom will design, supply and install the signalling, train control and telecommunication system for the new semi-high-speed rail line. 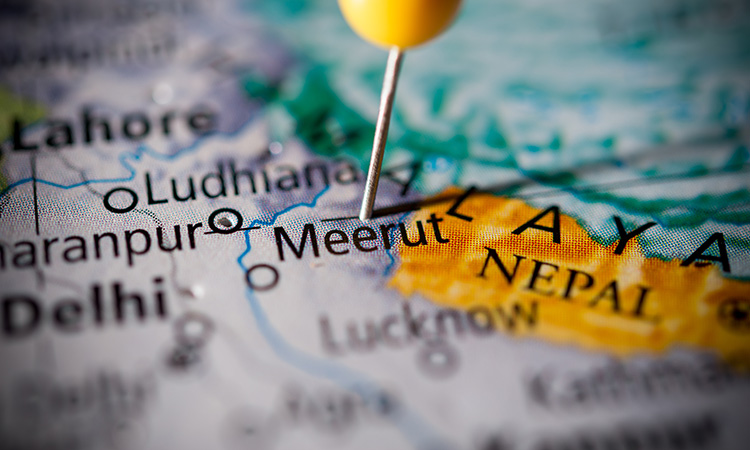 Alstom has announced that it has won a new contract worth €106 million from the National Capital Region Transport Corporation Ltd. (NCRTC) to design, supply and install the signalling, train control and telecommunication system (Package 24) of the 82.15 km Delhi – Ghaziabad – Meerut Regional Rapid Transit System (RRTS) Corridor.

NCRTC is a joint venture between the Government of India and the States of Delhi, Haryana, Rajasthan and Uttar Pradesh. It is implementing RRTS, a first-of-its-kind semi-high-speed rail line which will reduce the journey time between Delhi and Meerut to just 60 minutes, compared to the current 90 to 100 minutes, and with a maximum speed of 160km/h.

Alstom’s scope of work includes design, supply, installation, testing and commissioning of Signalling & Train Control, Supervision, Platform Screen Doors and Telecommunication Systems for the corridor. This line will be the first in India to adopt the European Train Control System (ETCS) hybrid Level 3 signalling system, which is the core signalling and train control component of the European Rail Traffic Management System (ERTMS).

“As leaders in digital mobility, we are thrilled to receive this contract and provide India’s first-ever line with the future-proof signalling system. Alstom sees huge potential for the technology in the Indian market. We are looking forward to deploying our advanced technologies in a bid to revamp the mainline railway landscape,” said Ling Fang, Senior Vice President of Alstom Asia Pacific.

A key feature of the RRTS is the interoperability of all its priority corridors, which facilitates seamless commuter movement across the corridors, without the hassle for passengers of changing trains. The ETCS signalling system will not only facilitate interoperability, but will also ensure train movement at quick frequencies, thus reducing the waiting time for passengers.

The contract marks a world premiere for the combination of the latest ETCS signalling standard supported by the latest digital Interlocking and Automatic Train Operation (ATO) over Long Term Evolution (LTE) radio. The integrated platform screen door solution will also provide the utmost safety to passengers.