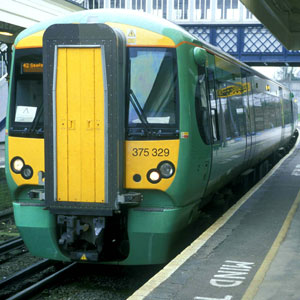 “We are delighted to be awarded this contract by Southern. This is a significant project which emphasises the performance of Bombardier’s products in the UK,” said Paul Roberts, Chief Country Representative and President of Bombardier Transportation, Services UK and Passenger Fleet Management Service Line. “These vehicles have a proven track record for their excellent reliability and environmental performance which will now benefit many additional passengers in London and the South East. The new trains will be manufactured in the UK with initial production commencing in the latter half of 2012.”

Bombardier has a wealth of experience in aluminium train production in the UK, with almost 2,000 ELECTROSTAR electric multiple unit cars produced and in service. The ELECTROSTAR has won numerous awards for its reliability and availability with a variety of operators.

The ELECTROSTAR train is a well proven product providing services for a number of train operators in the UK including c2c, Southeastern and Southern. More recently, ELECTROSTAR-type trains have also been purchased by Transport for London to provide the “London Overground” services on East London Line and North London Railway and by National Express East Anglia to provide services to and from Stansted Airport. The prestigious Gautrain new railway in Johannesburg, South Africa also operates ELECTROSTAR trains.

Chris Burchell, Southern Managing Director said, “The contract with Bombardier supports our commitment to the Department for Transport’s High Level Output Specification for railways (HLOS) enabling us to provide additional capacity, performance and safety to all our passengers.”

“Following a competitive tender process, we found that the Bombardier solution could meet our challenging delivery timetable, was affordable and also offered compatibility with our existing fleet.”

Bombardier in the UK