Statistics from the Office of Rail and Road (ORR) have revealed that the unprecedented fall in usage can be attributed entirely to the impact of the pandemic. 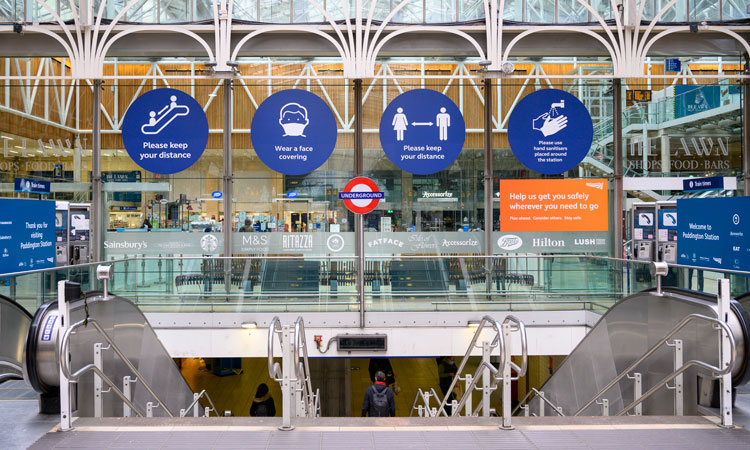 Rail passenger journeys in Great Britain fell to the lowest levels of annual passenger usage since at least before 1872, according to official statistics from the Office of Rail and Road (ORR).

The ORR have stated this unprecedented fall in usage can be attributed entirely to the impact of the pandemic.

Merseyrail (29.5 per cent) and Caledonian Sleeper (24.9 per cent) recorded the fourth and fifth-highest journey numbers as a percentage of 2019-2020.

Four more London and South East operators – South Western Railway, Southeastern, Greater Anglia (all 22.4 per cent), and Govia Thameslink Railway (21.8 per cent) – recorded just over a fifth of journeys made in 2019-2020.

Heathrow Express, which operated throughout the year, recorded the lowest level of usage as a percentage (4.7 per cent) of journeys made in 2019-2020.

‘Other’ tickets (35.8 per cent) such as rover tickets, group tickets, and package products (e.g. which included accommodation and/or onward travel with other forms of transport) recorded the highest usage relative to 2019-2020, albeit with only 2.9 million journeys. This was followed by off-peak tickets (26.8 per cent), anytime/peak tickets (25.0 per cent), advance tickets (20.9 per cent) and season tickets (15.9 per cent).

Graham Richards, Director of Planning and Performance at the ORR, said: “This unprecedented fall in passenger numbers, the lowest annual fall since the time series began, has clearly had an impact on both rail usage and ticketing revenue. Despite this, recent estimates published by the Department for Transport (DfT) show that rail usage has recovered to around 45 per cent of pre-COVID-19 levels by the end of May 2021. ORR continues to work closely to support industry and help passengers back on to the railway safely.”

Department for Transport (DfT), Office of Rail and Road (ORR)

Department for Transport (DfT), Office of Rail and Road (ORR)