Following seven rounds of negotiations, CER and ETF have reached a provisional agreement for the promotion of the employment of women in the European rail sector. 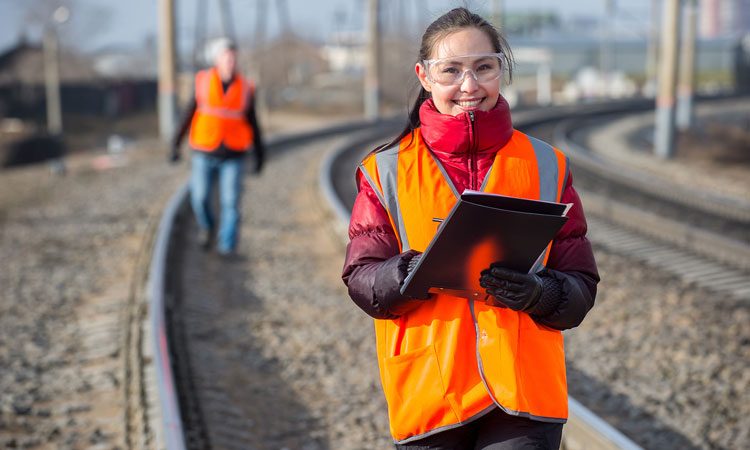 On 30 June 2021, the Community of European Railway and Infrastructure Companies (CER), representing railway sector employers, and the European Transport Workers’ Federation (ETF), representing railway workers, reached a provisional agreement in the final round of negotiations at a European Union (EU) level for a binding agreement aimed at promoting the employment of women in the rail sector.

After seven rounds of intense negotiations in May and June 2021, both parties have managed to come to an understanding. Despite the added challenge posed by the necessity to conduct negotiations in a virtual environment, a positive outcome has been reached thanks to the good preparatory work of the respective delegations.

This agreement aims to attract more women to the rail sector, give women more protection and guarantee equal treatment in the workplace thanks to measures agreed under the headlines of a general gender equality policy, which cover areas such as: targets; how to attract more women to the sector; reconciling work and private life; promotion and career development; equal pay; health and safety; and the prevention of sexual harassment and sexism.

The last binding Article 155 TFEU agreement in the context of the European Social Dialogue in the railway sector was 15 years ago, regarding working conditions of mobile railway workers engaged in cross border interoperable services. This major achievement is particularly significant as it has been accomplished during the European Year of Rail.

While the provisional agreement is a key milestone in the negotiatons, it is not the end of the journey. Both parties now need to fine tune the wording of the agreement, which then needs to be approved by the respective governing bodies. CER´s General Assembly is expected to vote on the provisional agreement on 20 September 2021 and the ETF Railway Section in October 2021. A celebratory signing ceremony will then take place later in 2021.

CER Chair, Andreas Matthä (CEO of ÖBB Holding-AG), said: “It is my goal as CER Chair and ÖBB CEO to achieve more diversity and a more gender-balanced railway sector. An important step has now been taken. The social partners have agreed to increase the proportion of women in the European railway sector. I find it particularly positive that this excellent result could be achieved precisely in the European Year of Rail. The commitment to diversity is also firmly anchored at ÖBB, which helped us to increase the proportion of women completing apprenticeship training to over 20 per cent.”

President of the EU Sectoral Social Dialogue for Railways, Matthias Rohrmann, said: “As social partners, CER and ETF have made history these days for the railway sector, for our colleagues, for more women in the railway! After almost three years and now three days of intensive negotiations and numerous virtual meetings, we have created something special with the WIR agreement. Big thanks to the members of the negotiating delegation on both sides! In the European Year of the Rail, this is a positive and important signal to all colleagues in our sector.”

Chair of the CER HRD Group, Yves Baden, said: “Reaching an agreement during the European Year of Rail is a big success, showing how committed we are to promoting more women in the sector. It was a long journey, with constructive exchanges, and we believe it will lead to concrete results. I would like to thank all those involved in the process for their hard work and dedication.”

Vice-President of the EU Sectoral Social Dialogue for Railways, Giorgio Tuti, said: “This agreement is a milestone, because the European social partners in the rail sector give a clear sign that they understood the challenges and want to change to make the sector fit for women to work in. Without women, the rail sector has no future. This is the most important contribution of the rail social partners to the European Year of Rail. And we have shown that we have the capacity to negotiate at European level and achieve real change”.