Alstom and Metrolinx have signed a contract to upgrade and refurbish 94 BiLevel commuter rail cars for the GO Transit fleet in Ontario, Canada. 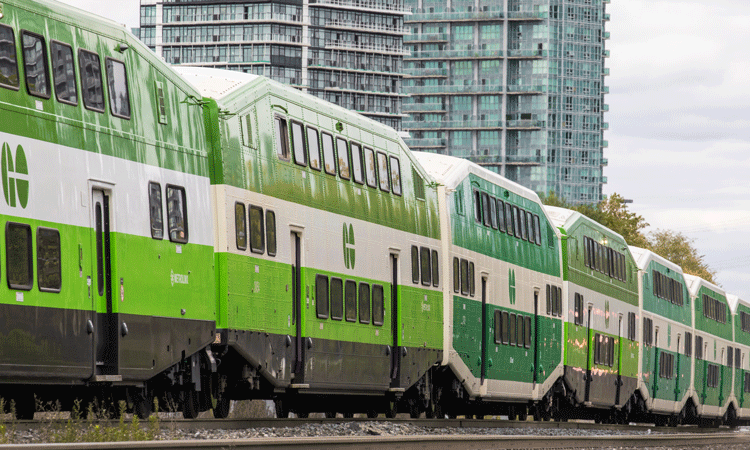 Alstom has signed an agreement with Metrolinx to overhaul 94 BiLevel commuter rail cars for GO Transit, the regional public transit service for the Greater Toronto and Hamilton Area (GTHA) in Ontario, Canada. The contract is valued at approximately €118 million ($171 million). Refurbishing work on the BiLevel series VII cars, originally built between 2003 to 2008, will quickly begin at Alstom’s facility in Thunder Bay, Ontario, Canada. The mid-life overhaul and upgrades of the cars will be performed over a two-year period, requiring the vehicles to be stripped down, overhauling parts and producing newly refurbished BiLevel cars for the GO Transit fleet.

Michael Keroullé, President, Alstom Americas commented: “We are delighted with the opportunity to extend our 45-year partnership with GO Transit with the overhaul of these BiLevel cars and we thank Metrolinx for their renewed trust and confidence and for recognising the unique industrial expertise of our team in Thunder Bay. We look forward to continuing to serve transit users of the Greater Toronto and Hamilton Area.”

Updates to the interior will include the installation of updated outlets with USB ports, cosmetic updates to panelling and flooring, a full replacement of customer seating, upgrades to washrooms and service-proven LED lighting. Moreover, extending the life of these coaches will ensure Metrolinx has the rail fleet available to support service enhancements including through the GO Expansion programme, with the goal of providing faster and more convenient service for the region.

Cars for the distinctive green and white GO Transit fleet have been built in Alstom’s Thunder Bay 500,000ft2 facility for over 45 years and the team completed the most recent Metrolinx order for 36 BiLevel passenger coaches and accessible cars this summer. Alstom has been maintaining the GO Transit fleet of coaches and locomotives (1,000 plus pieces of rolling stock equipment) for over 20 years and operating the GO Transit commuter train network for over a decade (approximately 400 daily trips, 700 plus daily route km).