The International Union of Railways, the International Road Federation, and Operation Lifesaver Estonia, are collaborating to raise awareness of level crossing safety and prevent accidents. 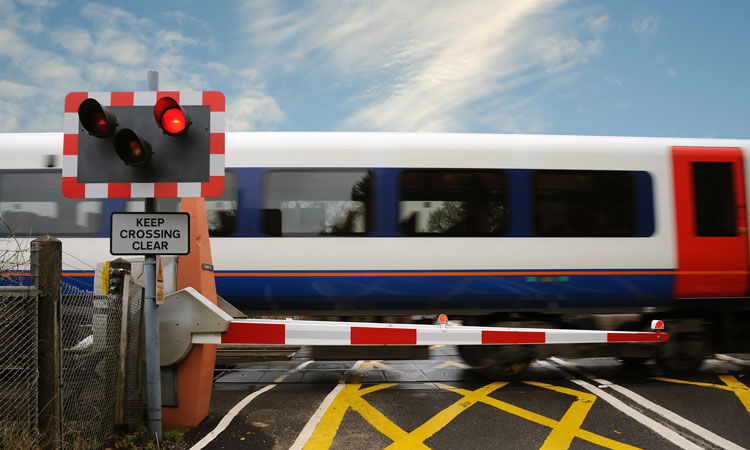 The International Union of Railways (UIC), the International Road Federation (IRF) and Operation Lifesaver Estonia (OLE) have partnered to stop crashes at level crossings and save lives.

According to the 1968 UNECE Convention on Road Traffic and the Highway Code, trains have priority at level crossings, whilst road users and pedestrians must comply with road signs and signals in order to cross safely and consequently prevent any collision arising from misuse or inappropriate behaviour and potentially endangering train passengers, crew and other users.

Using a level crossing is safe as long as users cross properly. Nevertheless, risks still exist and the consequences of a collision between a train and a road vehicle can be dramatic. Global freight and passenger traffic, both road and rail, have increased markedly in recent decades, thereby also increasing the risk of collisions at level crossings.

In this context and with the framework of the second UN Decade of Action for Road Safety 2021 to 2030, the UIC and the IRF, two worldwide road and rail associations, along with OLE, have decided to join forces to raise awareness of level crossing safety amongst light vehicle drivers and thus contribute to the reduction of collisions and related casualties.

The three organisations have jointly developed two dedicated safety flyers – one for two-wheel-vehicles and another for four-wheel motorised vehicles. Although they do not necessarily cover every situation that may arise when drivers of light vehicles use level crossings, the flyers will nevertheless raise awareness of how to avoid the risks that may lead to a collision.

“We have been working for years on this high-risk interface; first with the support of the UIC Global Level Crossing Network (GLCN), gathering experts from the road and the rail sectors, as well as academics and taking part in the UNECE Working Party on Road Traffic Safety, and also in a UNECE level crossing working group and by organising workshops with the European Commission,” said UIC General Director, François Davenne. “Since 2009, the UIC has been spearheading the International Level Crossing Awareness Day (ILCAD) campaign, bringing together more than 50 countries on all continents. In 2016, a partnership with the International Transport Union (IRU) and Operation Lifesaver Estonia (OLE) led to the publication of Safety Tips for Professional Drivers. Today, we take another step forward by strengthening collaboration with another global road organisation, the IRF, which is key to improving safety at level crossings at the highest level possible.”

Commenting on the UIC/IRF collaboration, IRF Director General, Susanna Zammataro, commented: “The Global Plan for the Decade of Action released in October 2021 reminds us all that road safety is a shared responsibility. With this initiative we are indeed taking an important step forward when it comes to increasing awareness around risks at level crossings, but we are equally stressing the importance of partnerships to deliver. We all have a role to play: designers, users, policymakers, private sector. Let’s build safe systems that save lives together.”