The RIA review looks at the progress of 12 key recommendations made on how the UK can reduce its dependence on diesel-only trains. 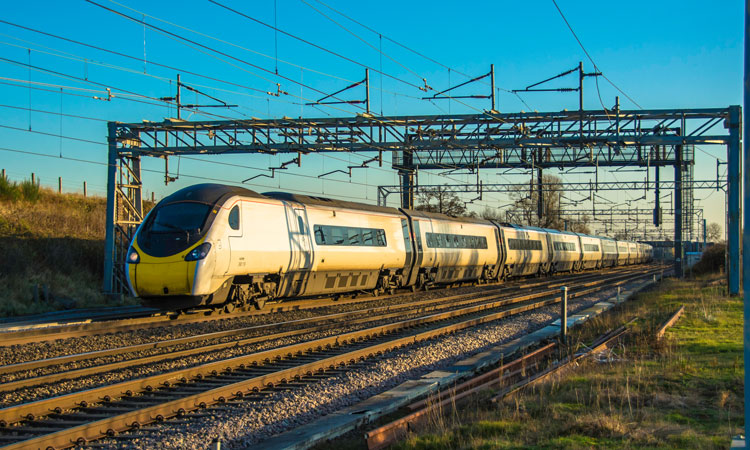 The Railway Industry Association (RIA), which represents over 300 rail businesses, has published a review into the Government’s progress in decarbonising the UK’s railways, finding a mixed picture in meeting the recommendations made by the Parliamentary Transport Committee.

The Committee, made up of cross-party MPs, held an inquiry which reported how the UK can reduce its dependence on diesel-only trains. In the inquiry’s report, it set out recommendations for the Government, including to secure funding to decarbonise the railways, commit to a programme of electrification and develop the use of clean technologies such as battery and hydrogen.

One year on since the report’s publication, RIA has found that out of 12 key recommendations, the Government has made good progress on three, limited progress on four and no progress on five. Good progress includes the Government committing to Midlands Mainline, Transpennine Route Upgrade and Wigan-Bolton electrification in the Integrated Rail Plan published last year. However, not publishing a full programme or details of other schemes, such as for rail freight, is cited as lack of progress.

The RIA’s review also called on the Government to publish the Rail Network Enhancements Pipeline (RNEP), a £10 billion list of vital railway upgrades, as soon as possible, given it still has not done so for almost 900 days.

“One year on from the Transport Committee’s report, our review shows that the Government is making some progress in key areas of decarbonising the railways, it was positive to see commitment to several longer-term major electrification schemes in the Integrated Rail Plan, which will help to reduce emissions on key routes,” Darren Caplan, Chief Executive of the RIA, said. “However, there is concern at a lack of progress in several important areas. There still needs to be a much more ambitious programme to electrify the railways, starting now if the Government is to hit its own electrification targets by 2050; and significantly more progress on rolling out battery and hydrogen trains, to build on investment in these technologies from the private sector.

“So, whilst the Government is heading in the right direction it needs to accelerate the decarbonisation of the railways, if it wants the sustainable, world-class network it says it does to serve the UK, its economy, and its connectivity. Doing so not only helps drive long-term growth right across the country but also, supports thousands of skilled jobs and significant investment right now, at a time of uncertainty and economic turbulence.”

The RIA’s review of the list of recommendations can be found below. 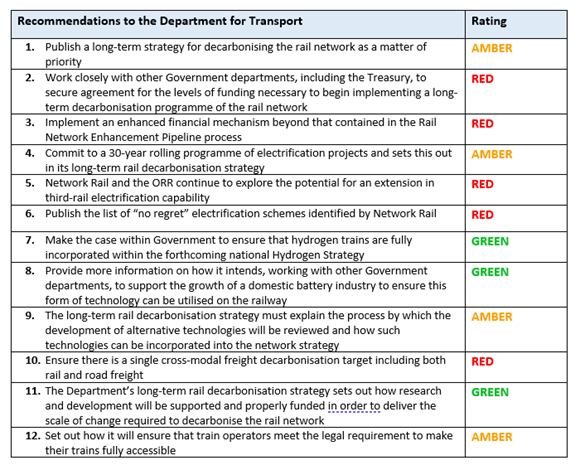