Posted: 3 May 2022 | Elliot Robinson (Global Railway Review) | No comments yet 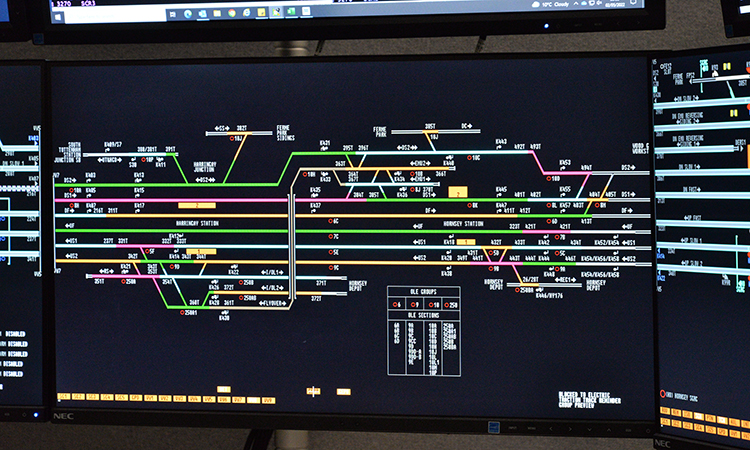 A brand new, state-of-the-art signalling system has been commissioned which promises to bring Great Northern rail passengers much more reliable journeys on the route to Moorgate in the City of London. The digital equipment replaces outdated and ageing components dating back to the 1970s, including some that ran on compressed air, on the Northern City Line between Finsbury Park and Moorgate stations. After a bedding-in period, it is expected to significantly reduce the amount of delays a year caused by signal failures that have disrupted commuters and leisure travellers.

The work, part of the Government-funded East Coast Digital Programme, will ultimately see traditional signals removed from the tracks along this route. Drivers will instead be digitally signalled through screens inside their train cabs once the system testing and driver training period is complete. This change will further boost reliability and reduce delays, creating a more modern and reliable railway for passengers. The Northern City Line is expected to operate solely using digital signalling by 2024.

“The signalling on the Northern Line was a tried and tested, safe system but it had reached the end of its life and often failed, causing regular disruption,” Tom Moran, Managing Director for Thameslink and Great Northern, said. “Our customers would often find their services cancelled, delayed, or diverted into King’s Cross, a long way from where they wanted to go. This work by Network Rail, as part of the Government-funded East Coast Digital Programme, has brought the route firmly into the 21st century and should, after a bedding in period, greatly improve reliability.”

“This commissioning will deliver improved reliability for passengers and marks an important step forward in the wider East Coast Digital Programme that will transform the capability of a major intercity route,” Toufic Machnouk, Director, Industry Partnership for Digital Railway at Network Rail, said. “The deep partnership we have forged for the Northern City Line project is breaking the traditional boundaries in the way we work as an industry to deliver greater benefits for passengers.”

“This commissioning marks the start of a roll-out of modern train control technology that provides a far more efficient and reliable railway,” Mark Ferrer, Rail Infrastructure Operations Director for Siemens Mobility, said. “The partnership on the programme has enabled the train control partner to collaborate with other industry partners to efficiently define and develop the agreed scope and design to be able to deliver the engineering that led to the successful commissioning of this digital system.”