The Elizabeth line has started running between Paddington and Abbey Wood, marking the most significant addition to London’s transport network for decades. 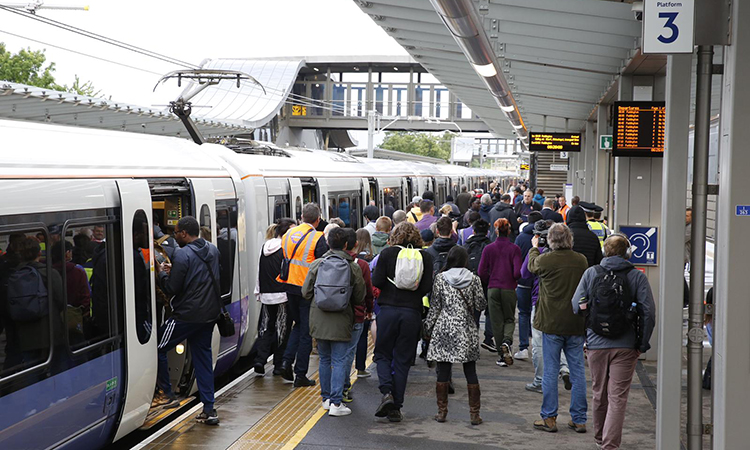 Services on the Elizabeth line railway have started running between Paddington and Abbey Wood. Thousands of customers are due to make fast and seamless journeys through the heart of London in the first trains to depart from the new section of the railway. The new railway, which is supporting faster journeys across London, and new jobs and economic growth throughout the country, is the most significant addition to the capital’s transport network for a generation.

“This brand new line is the most significant addition to our transport network in decades, it will add billions to our economy and is set to serve up to 200 million passengers each year,” Sadiq Khan, Mayor of London, said. “I’m sure passengers will enjoy the modern trains, beautiful step-free stations and the reduced journey times across the capital and the South East. The Elizabeth line is much more than just a new railway, it will provide a crucial economic boost to the whole country and help to turbo-charge our recovery from the pandemic.”

The Elizabeth line uses Alstom’s Class 345 Aventra fleet between London Paddington and Abbey Wood station. These trains have been designed and built at Alstom’s Derby factory and are maintained by Alstom at Old Oak Common depot in West London.  Alstom will maintain the trains for the next 32 years as part of the rolling stock and services provision contract.

“The Elizabeth line is set to transform London and become one of the world’s leading urban transport operations,” Nick Crossfield, Managing Director of Alstom UK & Ireland, said. “I’m immensely proud of the leading role Alstom has played in the Crossrail project, and will continue to do so delivering reliable, high-quality trains for Londoners.”

The new railway will provide new journey options and support wider regeneration and recovery from the pandemic, creating jobs, business opportunities and a huge economic boost for the country. It will also connect London’s major employment centres and increase central London’s rail capacity by 10 per cent, the largest single increase in the capital’s transport capacity in more than 70 years.

“The Elizabeth line is a bold project that will not only transform how passengers travel across London, but it will also boost economic growth for the capital and the country as a whole,” Darren Caplan, Chief Executive of the Railway Industry Association (RIA), said. “Railway businesses from all over the UK have played a key role in making this landmark project happen, whether train manufacturing in Derby, station construction in the East Midlands, signalling expertise from Chippenham and Stockport, or telecoms in London. Furthermore, the scheme has supported thousands of skilled railway jobs and significant investment in other parts of the economy beyond rail.”

Customers will be able to plan their journeys on the Elizabeth line using the TfL Go app and Journey Planner. The new railway connects stations such as Paddington to Canary Wharf in only 17 minutes, transforming how Londoners and visitors can navigate the capital. This journey currently takes more than 30 minutes to complete using the Tube.

“The new Elizabeth Line is a great addition to London’s transport system and will make some journeys from east to west in the capital much quicker than taking the Tube,” Emma Gibson, CEO of London TravelWatch, said. “Every station pretty much has step free access meaning that more people can use it, and that’s critically important for disabled Londoners to be able to get around town. The walk-through carriages are something that women have told us they like as it improves their sense of safety when travelling.”

Nine brand new stations in central London are opening to provide Elizabeth line services every five minutes from 06:30 until 23:00 Monday to Saturday and the railways route now appears on the iconic Tube map.

Each of the new stations in the central section has its own distinct character, conceived by different architects, which reflects the environment and heritage of the local area. However, at platform level, common design components such as seating, signage and full-height platform screen doors create a consistent and familiar feel to the rest of the TfL network. 31 of the 41 stations along the Elizabeth line route are on the surface rail network to the east and west. Upgrades to these stations included platform lengthening, improved customer information screens, signage, new ticket machines and CCTV.

All Elizabeth line stations will be staffed from first to the last train, with a turn up and go service offered to anyone needing assistance. Step-free access is in place from street to train across all Elizabeth line stations between Paddington and Woolwich. It has been integrated with the TfL network, interchanges with other services including Tube, DLR, London Overground and National Rail services.

“After years of hard work, I’m delighted that we are opening this transformational railway with an enormous contribution from TfL and industry colleagues who helped get the project open,” Andy Byford, Transport Commissioner for London, said. “The Elizabeth line will help transform life and travel in London and the South East by dramatically improving transport links, cutting journey times, providing additional capacity, and transforming accessibility with these spacious, uncluttered new stations and walk-through trains.”