SBB have purchased the additional seven Giruno trains from Stadler to run on Deutsche Bahn’s high-speed lines between Switzerland and Germany. 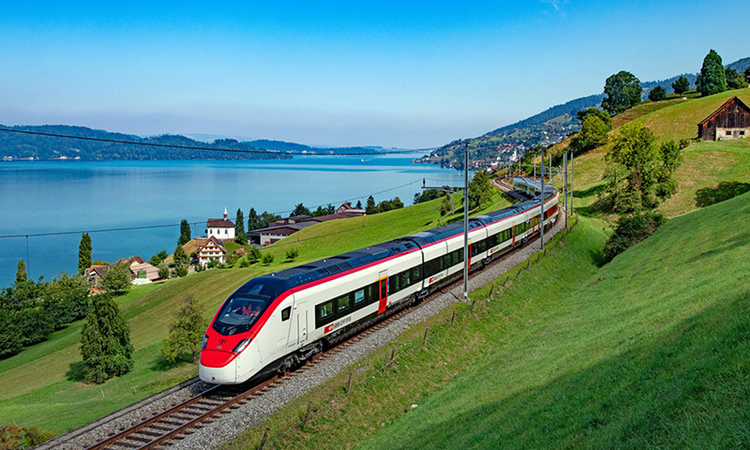 SBB have announced plans to purchase seven additional Giruno trains from Stadler. Previously, Deutsche Bahn (DB) and SBB announced that they are further expanding the range of international passenger services between Switzerland and Germany, with more direct connections via Basel to various destinations in Germany are expected to be offered from 2026.

For this expansion of services, SBB trains must be able to run at a speed of 250km/h on DB’s high-speed lines. SBB currently operates its services to Germany with the Astoro (ETR610) and the Eurocity compositions procured in the late 1980s. The Eurocity trains do not meet the speed requirements for the envisaged service concept and cannot be used for this purpose. The existing Astoro trains that are suitable for the high-speed network are already in use on other high-speed lines and are therefore not available. That is why SBB is ordering another seven Giruno trains from Stadler for around CHF250 million. These seven vehicles are part of the option right that SBB had published when the Giruno were put out to tender. The Eurocity compositions will continue to be used for national and other international connections. The existing 29 Giruno trains were ordered in 2014. The 29th Giruno was delivered on 10 May 2021. Trains already run from Basel/Zurich to Lugano/Milan and on to Genoa, Bologna and Venice.

“The Giruno is a fine example of Stadler’s innovative strength, the train is a result of the long-standing and successful cooperation between SBB and Stadler,” Peter Spuhler, Chairman of the Board of Directors and Group CEO of Stadler, said. “Less than two years after signing the contract, we were able to present the multiple unit to the public at Innotrans in 2016, and the Giruno has already been operating reliably since 2019.”

The Giruno is Stadler’s SMILE high-speed train. The SMILE is an eleven-car electric multi-system multiple unit with a length of 202 metres that can travel at speeds of up to 250 kilometres per hour. In double traction, the Giruno offers passengers a total of 810 seats over a length of up to 400 metres. The trains are equipped with a low-floor entrance for the different platform heights in Switzerland, Austria, and Italy (55 cm in all three countries) in relation to Germany (76 cm). This is an SBB première for a single-decker, multiple-unit train. The Giruno exceeds the requirements of the Law on Equal Rights for Persons with Disabilities; it has around twice as many wheelchair-accessible places and toilets as legally stipulated. The trains can also provide a great deal of comfort: they offer good phone reception on the move, power outlets at all seats, large luggage racks, gender-separated toilets and a modern lighting concept with energy-saving LED lights. The whole interior is spaciously and brightly designed.