SNCF Réseau have awarded Hitachi Rail a contract for the development and deployment of a new generation of wayside ERTMS Radio Block Centres. 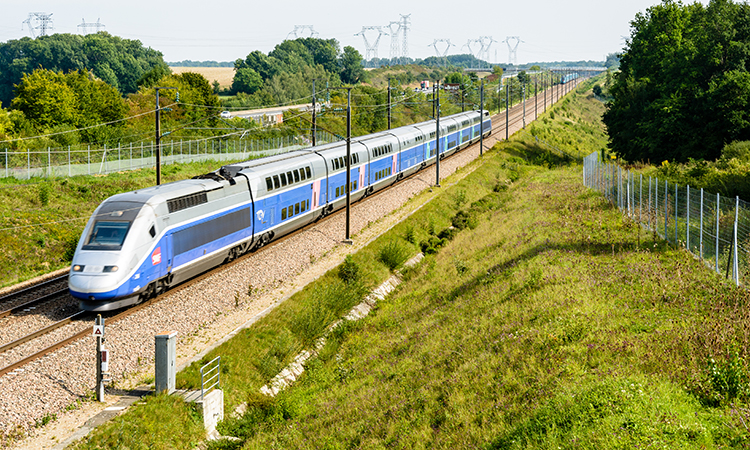 SNCF Réseau have selected Hitachi Rail as the sole supplier within the framework agreement for the development and deployment of a new generation of wayside ERTMS (European Rail Traffic Management System) Radio Block Centres (RBC).

The deployment of the RBC Argos, part of the ERTMS, will significantly increase the capacity of the rail network and improve the regularity of trains while ensuring a maximum level of safety. This equipment, which is a key element in the digitalisation of the national rail network, will be deployed over the next few years.

The new RBC, designed by Hitachi Rail, will link into the Argos digital platform being designed as part of SNCF Réseau’s new ERTMS Argos Computer Based Interlocking project. It will be tested by mid-2025 on a pilot line of about 16km between Cannes and Grasse, in the south of France. It will then be gradually deployed on the Marseille-Vintimille route, with the first section coming into service at the end of 2027.

Hitachi Rail has been part of the Argos programme since 2018, aiming at the renewal and digitalisation of the interlocking systems all over the French rail network. Argos RBC marks a new step of this programme.

“This new contract builds on an historical partnership with SNCF, based on mutual trust and on the innovation capability of the Hitachi Rail group to support SNCF’s ambitions towards delivering a smarter and more sustainable mobility,” Gilles Pascault, CEO of Hitachi Rail STS France, said. “With this contract Hitachi Rail, supplier of wayside ERTMS for the high-speed lines, becomes supplier of wayside ERTMS for the overall national rail network, for the coming years.”

SNCF Réseau is already implementing the various elements that will set up the network of the future and improve its operability. Centralised command system and ERTMS are two major components of this development. By gradually migrating from lateral signalling to cab signalling associated with continuous speed control, ERTMS meets the demand for interoperability in Europe. It will also allow for the increased integration of new traffic management tools.

“With this new contract, we are implementing an essential brick of the new generation of ground-based ERTMS,” Olivier Bancel, Deputy Director General of Projects, Maintenance and Operations at SNCF Réseau, said. “It is therefore a fundamental step in our roadmap towards a new digital signalling system, a major challenge for SNCF Réseau with a view to developing a modern, reliable, and robust service for the benefit of our customers.”

Within the framework of modernisation and harmonisation of the rail infrastructures, the European Union’s mid-terms objectives are to deploy the ERTMS technology over more than 6 000km of rail network in France, including on its High Speed Lines (HSL). In this context, Hitachi Rail is preparing, with its latest generation equipment, to accelerate the digitalisation programme across the entire rail network.