A TBM in Warwickshire has become the first on the HS2 project to complete its full journey underground. 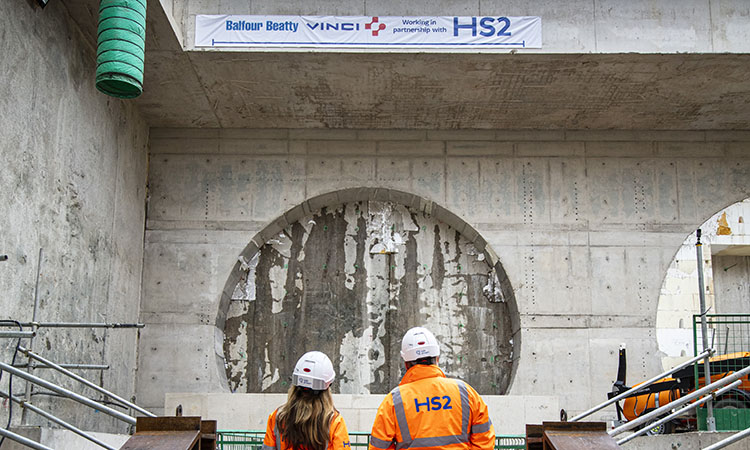 HS2 Ltd is celebrating the very first tunnelling breakthrough on Europe’s largest infrastructure project. A 2,000-tonne Tunnel Boring Machine (TBM) named ‘Dorothy’ has completed its one-mile dig under Long Itchington Wood in Warwickshire. The TBM was named after Dorothy Hodgkin, who became the first British woman to win the Nobel Prize in Chemistry in 1964. Dramatic footage of the breakthrough can be found at the bottom of the page.

The giant 125m long TBM, which started its journey at the tunnel’s North Portal in December 2021, broke through the wall of the reception box at the South Portal site on 22 July 2022. Nearly 400 people working for HS2’s main works civils contractor Balfour Beatty VINCI (BBV JV) have delivered this important milestone on the HS2 project. The expert tunnelling team have been working around the clock in shifts for seven months to operate the TBM, which has put 790 concrete rings in place, with each ring made from eight two-metre-long segments. The tunnel preserves the ancient woodland above, which is classified as a Site of Special Scientific Interest (SSSI) and has complex ecosystems that have taken hundreds of years to establish. 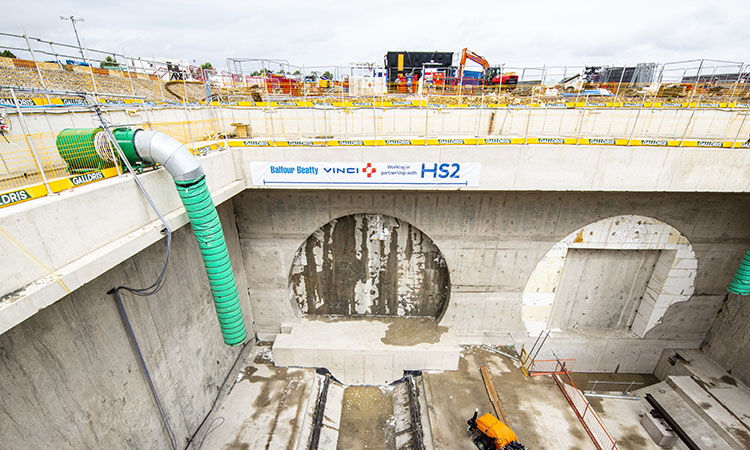 “This is a historic moment for the HS2 project, and I’d like to congratulate everyone involved in delivering it,” Mark Thurston, CEO for HS2 Ltd, said. “The 400-strong team, including tunnelling engineers, TBM operators and the construction workers at both portal sites, have pulled out all the stops to achieve this fantastic milestone. This milestone demonstrates the significant momentum behind Britain’s new zero-carbon railway, creating thousands of jobs and apprenticeships, along with hundreds of opportunities for businesses right across the country, helping fuel our economic recovery.”

“This is, quite literally, a ground-breaking moment demonstrating that we are getting on with delivering on our promises and progressing our transformative plans to boost transport, bring communities together and level up the North and Midlands,” Trudy Harrison, HS2 Minister, said. “As Dorothy paves the way for journeys between Birmingham and London, we continue to strive towards delivering a greener, faster and more direct transport network.”

“Thanks to the hard work and dedication of our team, Dorothy – our cutting-edge Tunnel Boring Machine – has made history, becoming the first to safely and successfully breakthrough along the route,” Michael Dyke, Managing Director of Balfour Beatty VINCI, said. “With Dorothy’s journey now concluded, I am looking forward to celebrating even more milestones throughout the rest of the year and beyond, as we continue to help build Europe’s largest infrastructure project.” 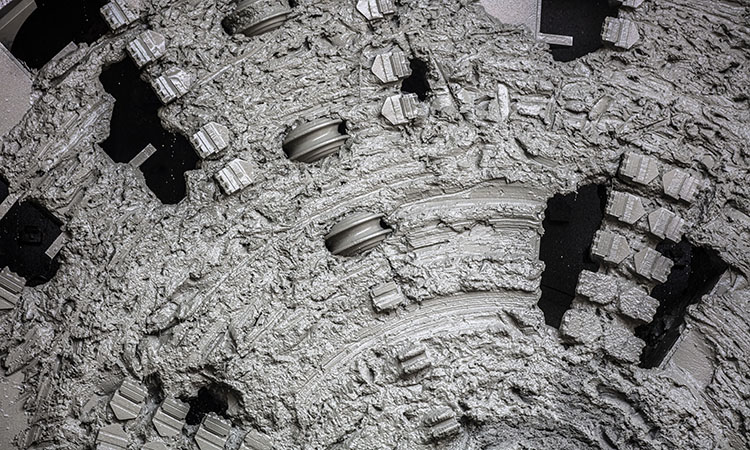 Close up of the breakthrough – Credit: HS2

Creating both bores of the tunnel, the machine is removing around 250,000 cubic metres of mudstone and soil, which is being transported to the on-site slurry treatment plant where the material is separated out before being reused on embankments and landscaping along the route.

A 254 metres long conveyor at the north portal site, which takes the excavated material over the Grand Union Canal, removes the equivalent of around 30,000 HGVs from local roads, reducing impacts on the local community and cutting carbon.

Over the next four months, the cutterhead and front section of the TBM will be dismantled and transferred back to the north portal, while the bulk of the machine will be brought back through the tunnel. It will be reassembled, ready to launch for the second bore of the tunnel.

The breakthrough footage is below: