The Public Transport Authority of Western Australia have selected Nokia to modernise rail communications in Perth with private wireless and IP/MPLS technologies. 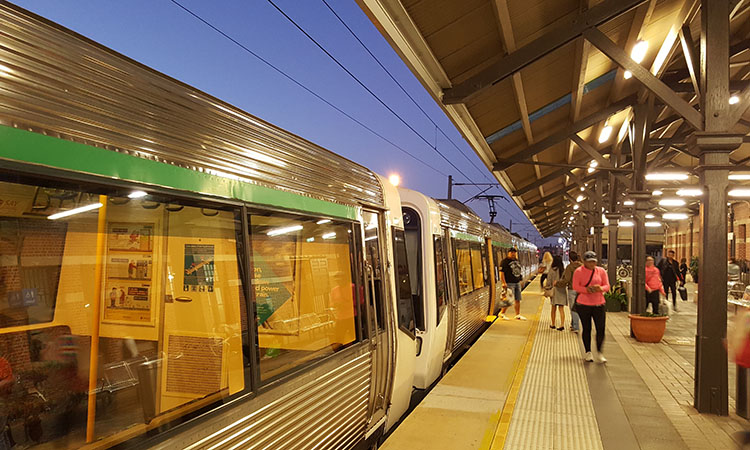 A train in Perth, Western Australia

The Public Transport Authority of Western Australia (PTA) have selected to design, build, and maintain a next generation railway communications system over the next decade in Perth.

METRONET infrastructure and public transport programme is the long-term blueprint for Perth’s future. As a critical element of the METRONET program and as part of the agreement, more than 160 LTE/4.9G radio sites will be built to modernise the railway communication system that includes additional METRONET track and tunnels with a total of 250km of railway. The solution will be based on Nokia private 4.9G/LTE mission-critical IP/MPLS, Data Center Fabric and microwave backhaul solutions, to support a Communications Based Train Control (CBTC) High-Capacity Signalling system for greater accuracy and efficiency compared to traditional signalling systems.

Nokia’s solution will be used to upgrade the current PTA’s narrowband rail radio systems, replacing the existing analogue technology with a high-tech 4.9G/LTE digital platform which is necessary for extremely reliable mission critical voice, high-speed data, and video services. The Radio System Replacement project is subjected to the Critical Infrastructure Act 2021 with scope to include a full Cyber Security fabric across all solution elements.

“We are thrilled to partner with PTA for this prestigious project to design, build and maintain the next-generation railway communications network,” Rob McCabe, Head of Enterprise for Oceania at Nokia, said. “Powered by Nokia’s private wireless network solution, the new railway communication system will help enhance the accuracy of the system leading to improved experience and safety. Nokia is at the forefront of supporting railway networks accelerate digital transformation for more efficient operations while delivering greater value to the passengers.”

Nokia has deployed mission-critical networks to more than 2,200 leading enterprise customers in the transport, energy, large enterprise, manufacturing, webscale, and public sector segments around the globe. It has also extended its expertise to more than 485 large private wireless customers worldwide across an array of sectors and has been cited by numerous industry analysts as the leading provider of private wireless networking worldwide. It has worked closely with major railway operators worldwide to bring the benefits of private LTE connectivity and paving the way for the adoption and deployment of Future Railway Mobile Communication System (FRMCS).