57 DB Regio trains are now running through Baden-Württemberg using biofuel, resulting in around 90 per cent less CO2 emissions than diesel. 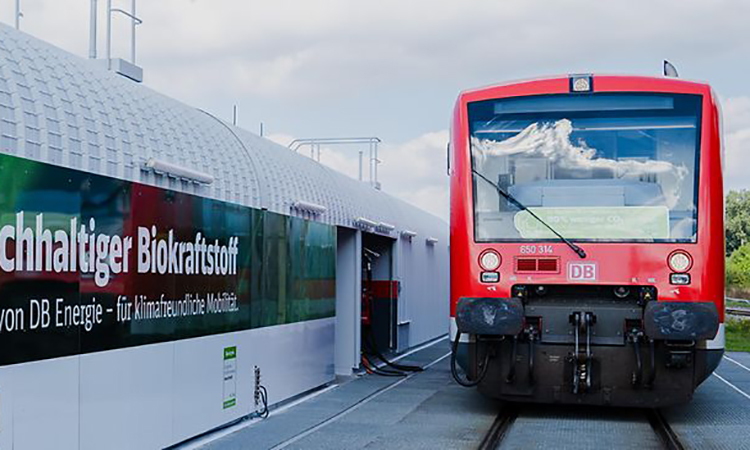 Deutsche Bahn (DB) have announced that 57 vehicles are now operating with climate-friendly biofuel in the state of Baden-Württemberg. This will save around 90 per cent of CO2 emissions on the Aulendorfer Kreuz and Donau-Ostalb routes. Furthermore, DB has completely converted the filling station in Aulendorf from diesel to biofuel, and it is hoped that by the end of 2023, 1.3 million litres of biofuel will flow through the filling station.

“For us, the use of biofuel is an immediate climate protection measure,” Evelyn Palla, Head of Regional Transport DB AG, said. “Together with the state of Baden-Württemberg, we are taking an important step towards phasing out diesel and climate neutrality. By December 2023, we will save around 3,700 tonnes of CO2 in the two networks. Before the end of 2022, we want to use the biofuel in regional transport at other locations throughout Germany. In this way, we are making the already climate-friendly public transport system even greener and more attractive for our passengers.”

“Trains should no longer run-on climate-damaging diesel,” Winfried Hermann, Minister of Transport of Baden-Württemberg, said. “We are therefore working nationwide on a strategy to get away from diesel fuel. Where electrification is not yet possible, we rely on alternative fuels. Aulendorf is a small but important railway hub for the region. Diesel vehicles will now drive here in Upper Swabia with a significantly lower CO2 footprint. The state of Baden-Württemberg is supporting these measures in 2022 and 2023 with a total of €400,000.”

The biofuel HVO (Hydrotreated Vegetable Oil) used by DB consists of biological residues and waste, while being free of palm oil. The diesel trains are not specially converted for biofuel. Fully functional diesel trains and diesel locomotives, which are currently still being used on routes that are not fully electrified, do not therefore have to be discarded prematurely, but can be used in a much more climate-friendly manner until the end of their service life. This saves resources and serves sustainability. The rail fuel station in Aulendorf, which was converted from diesel to HVO, can also be used by other railway companies without discrimination. 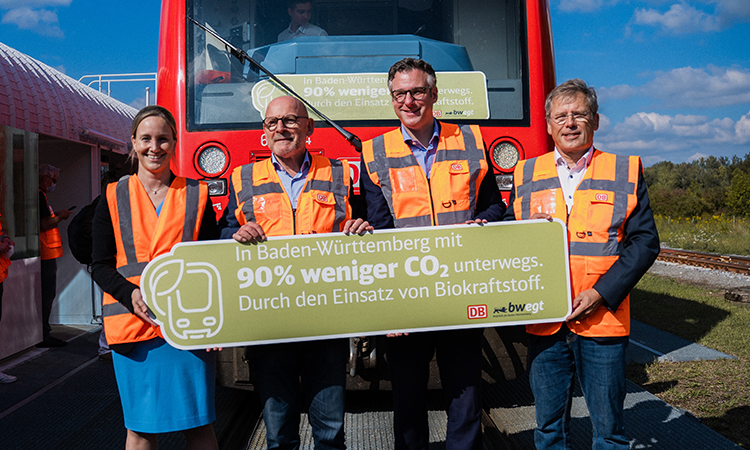