New research by the Australasian Railway Association has found that passengers are more likely to use rail due to the cost-of-living crisis. 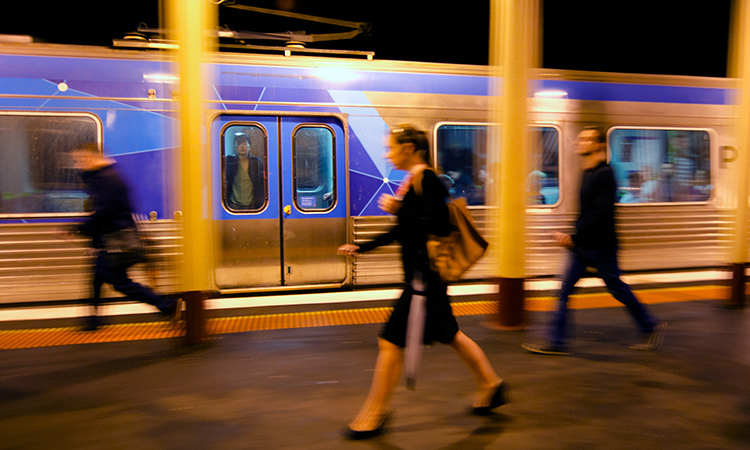 A survey of 2,500 metropolitan residents across Sydney, Melbourne, Adelaide, Perth, and Brisbane commissioned by the Australasian Railway Association (ARA) found that while the use of rail was changing, public transport users recognised the affordability and sustainability benefits rail delivers and would welcome the increased frequency of services and convenience that will result from new rail projects underway.

The survey found the main reason people would be likely to use rail more in the next six months was a desire to get out more, while increasing petrol prices, traffic congestion and parking fees were key factors that would support greater use of rail.

Reactions to the survey

“With the cost of living continuing to rise, rail offers a great alternative to ease household budget pressures and escape growing congestion on our roads,” Caroline Wilkie, Chief Executive Officer for ARA, said. “As we make the most of the warmer weather, we look forward to seeing more people taking advantage of public transport to get to work, school and social events. The industry has invested significantly in providing a great customer experience throughout the pandemic, with a focus on these issues. We expect as more people return to rail; they will enjoy the benefits of this ongoing focus.”

The survey confirmed reliability, safety and security, and convenience were key drivers in supporting greater use of rail. New rail projects underway would be crucial to supporting increased patronage, with 43 per cent of respondents saying more frequent services would encourage them to use rail more. The research also confirmed the sustainable benefits of public transport, with two thirds (66 per cent) of respondents viewing rail as the most environmentally sustainable transport mode.

“Projects such as the Sydney Metro, Metro Tunnel Project, Suburban Rail Loop, Cross River Rail, and the METRONET programme will increase the capacity of the rail network to meet growing demand,” Wilkie continued. “This new wave of rail projects will increase access to rail and provide more services, more often. As these projects are completed, we can expect faster, more convenient travel options for many of us, making rail an even more attractive option for people living in our cities.”

The survey found 24 per cent of people were using rail less than before the pandemic. One third (31 per cent) of respondents said they were completing a higher proportion of their work from home compared to before the pandemic, with two thirds not expecting their work location to change in the near future. Two thirds (65 per cent) of respondents with children said their kids were using rail the same amount or more often. Crowding (30 per cent) and COVID-19 risks (29 per cent) were the primary concerns that may impact use of rail. But increased cleaning and hygiene measures introduced during the pandemic were endorsed by the research, with 30 per cent of respondents advising this would encourage them to use rail more often.

The findings are consistent with NZ research conducted in June 2022, which found travelling less was the primary reason for lower levels of public transport use.

Alstom sign MoU to advance knowledge of cyber-security in rail