The Governments of Canada and Ontario are investing a combined $31.5 million to ensure reliability and resiliency in the Huron Central Railway. 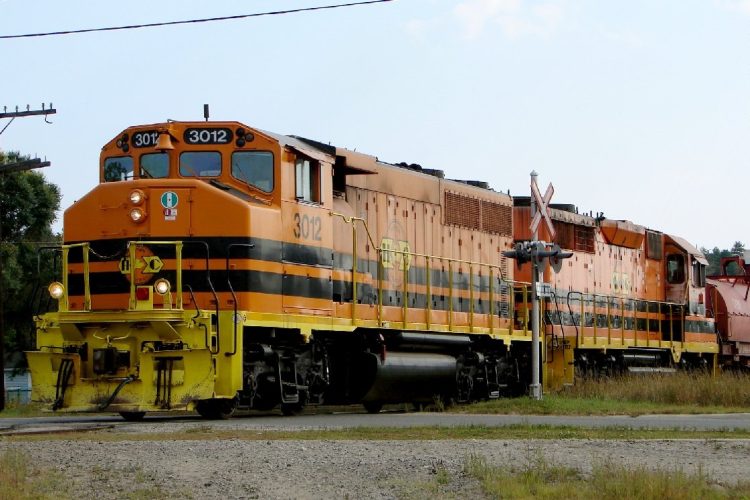 Benefits of the investment

The funding will support the rehabilitation of key rail infrastructure to improve the usable life of the track and support Huron Central Railway Inc. in sustaining operations as a viable freight service between Sault Ste. Marie and Sudbury. Improving railway infrastructure will increase the fluidity and reliability of rail service for Northern Ontario while reducing the travel time of railcar traffic.

This investment will also have important benefits for the region, such as increasing carload volumes in commodity sectors, relieving ongoing supply chain congestion, and improving the reliability of rail service in Northern Ontario.

The Governments of Canada and Ontario are investing to help bolster economic capacity and the opportunities for businesses to expand into global markets. This represents a long-term commitment to work with stakeholders and partners on strategic infrastructure projects to address transportation bottlenecks, vulnerabilities, and congestion along important trade corridors.

Reactions to the investment

“Improvements to the Huron Central Railway infrastructure between Sault Ste. Marie and Sudbury is essential to Northern Ontario,” Omar Alghabra, Minister of Transport, said. “The collaboration developed between the Government of Canada, the Province of Ontario and Huron Central Railway Inc. to upgrade the railway is a positive example of how we can come together to build fluid and reliable internal trade corridors.”

“This announcement is going to support many great middle-class jobs, both directly and indirectly, in Sault Ste. Marie and throughout Northern Ontario,” Terry Sheehan, Parliamentary Secretary to the Minister of Labour, said. “Resilient and efficient supply chains are essential to the daily lives of Canadians. We will continue to implement sustainable solutions that will support our skilled workforce, strengthen our supply chains, and improve the seamless movement of commodities in our region.”

This investment demonstrates how, together, we are building a competitive, strong, and vibrant Northern Ontario.

“The Ontario government recognises the value of the Sault. Ste. Marie to Sudbury rail corridor to Northern Ontario and the regional economy,” Greg Rickford, Ontario Minister of Northern Development, said. “We will continue to work with Huron Central Railway and all our partners to ensure the continued vitality of this crucial rail system. This investment demonstrates how, together, we are building a competitive, strong, and vibrant Northern Ontario.”

“The rail corridor between Sault Ste. Marie and Sudbury is a vital supply chain link for many local businesses,” Ross Romano, Member of Provincial Parliament for Sault Ste. Marie, said. “I am glad to see the work of many has paid off, protecting the jobs at Huron Central Railway and other local business that depend on this important piece of infrastructure in Northern Ontario.”

“Genesee & Wyoming is proud of the critical role that the Huron Central Railway (HCRY) plays in supporting the Northern Ontario economy,” Rick McLellan, President of Genesee & Wyoming Canada, said. “These essential infrastructure investments from the Government of Canada and the Government of Ontario will ensure that HCRY can continue to serve our communities, securing our customers’ access to vital supply chains.”