A report by the Railway Association of Canada has highlighted the positive impact that technology investments by Canadian railways have made on carbon emissions. 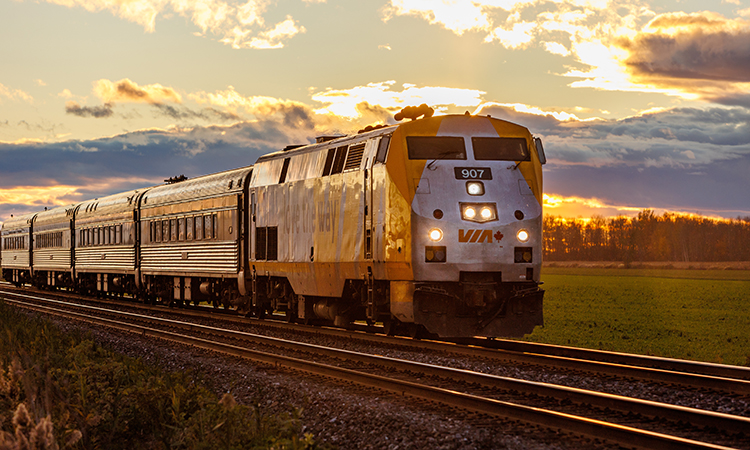 A report has shown that pioneering investments by Canadian railways in fleet renewal, fuel-saving technologies, employee training and low-carbon fuels are driving emissions reductions in the rail sector. The Locomotive Emissions Monitoring (LEM) report, released by the Railway Association of Canada (RAC), provides an overview of 2020 rail performance, including:

In 2020, despite the various challenges brought on by the COVID-19 pandemic, Canadian railways invested $2.6 billion into new technologies and network improvements. The freight railway sector showed its resilience, effectively managing the uncertainty and volatility presented by the pandemic. On the passenger side, despite a significant decrease in ridership in 2020, passenger railways maintained essential services.

Some of the highlights of the report include:

“This report makes clear that Canada’s railways are fully committed to reducing their emissions intensity and are making impressive progress,” Marc Brazeau, President and CEO of the Railway Association of Canada, said. “Rail is already the greenest way of moving goods and people over land, and our railways are playing a key role in helping Canada meet its international climate commitments and the overall commitment of net-zero by 2050.”

“Our government is committed to achieving our climate goals, especially in the transportation sector,” Omar Alghabra, Minister of Transport in Canada, said. “As one of the cleanest and most efficient modes of transportation, rail is a key part of our plan to build a cleaner economy that works for everyone.”

The 2020 report is the third report released under the 2018-2022 Memorandum of Understanding (MoU) between the Railway Association of Canada (RAC) and Transport Canada.