Elron have exercised the option for 10 additional electric multiple-units from Škoda Group, bringing the total number of units in the order to 16. 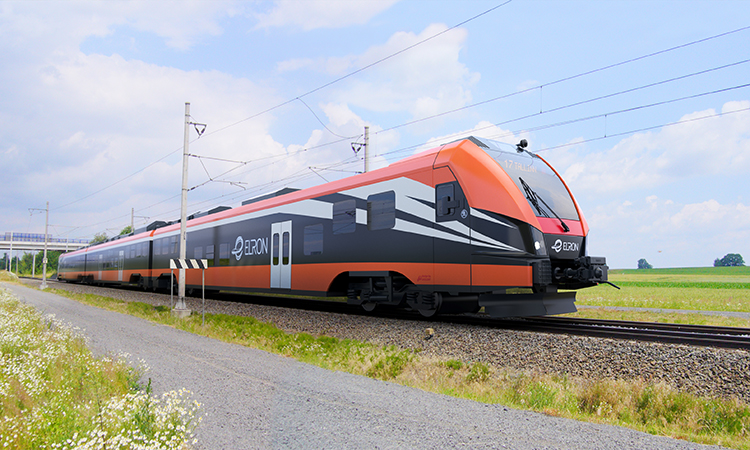 Eesti Liinirongid (Elron), the Estonian railway operator, has decided to exercise its option to deliver modern electric units and has ordered 10 more trains from Škoda Group. The first of the electric units from this order, which now consists of 16 vehicles, is already in production. Production is taking place at the Škoda Group’s production site in Ostrava. The modern trains will, among other things, serve the newly electrified railway section between Tallinn and Tartu, which is expected to be completed by the end of 2024. The contract with Elron is worth a total of over Kč3.5 billion (almost €147 million). In the short term, this is yet another customer with whom Škoda Group has entered a contract for the purchase of additional vehicles.

Thanks to its years of experience in the production of trains, the Ostrava production site of Škoda Group can meet the very specific requirements of this Baltic country without any problems. In addition to the wider track gauge, the trains are designed as dual-system trains for 3kV and 25kV 50Hz power systems, so that they can serve both newly electrified railway sections and sections with older catenary lines. In addition, Estonia is located in a colder climate than is typical in other parts of Europe. Trains must therefore be able to withstand more challenging temperature conditions, especially in winter.

“Our single-deck electric units are proving very well in regional transport in the Czech Republic and Slovakia, where they are very popular and achieve the highest standards for modern and safe transport,” Zdeněk Sváta, President of Region Central East at Škoda Group, said. “The first units have already been delivered to Latvia, which has similar characteristics to Estonia. This experience has enabled us to offer Elron a unique tailor-made solution. The client’s trust in our products is the greatest reward for us, so we are glad that the customer decided to use the entire order and modern Škoda trains will be running in Estonia for decades to come.”

“In 2022, Elron served 7.1 million passengers,” Lauri Betlem, Chairman of the Board of Elron, said. “The need for new trains is great, and last summer, the Government of Estonia approved the order for an additional ten trains. With this decision, Elron’s train fleet will get a significant addition over the next few years, growing by over 40%, which will significantly expand our opportunities to better serve passengers and intensify the timetables.”

“The new trains place great emphasis on passenger comfort; they have a low-floor entrance, space for two wheelchairs and four prams,” Ivo Gurňák, Sales Area Director Mainline at Škoda Group, said. “Some of the seats are removable so that the train can be adapted to the current situation – in summer there will be more space for bicycles, in winter more space for passengers. Of course, there is air conditioning, a modern information system, WIFI, 230 V and USB sockets.”

The train is built on the RegioPanter platform (trains in the Czech Republic and Slovakia), which was also used in the design of trains to neighbouring Latvia. This is what the model for Estonia could be compared with the most, but even so the trains are different, according to customer specifications. Estonian trains have first class, some trains have a catering compartment etc.

In addition, the preparation of the production of the rough construction for the first train started during December. It is already in the initial welding phase and should be ready for assembly in a few weeks. During 2023, the first unit will be brought to life and the first tests will also take place. Škoda Group plans to then transport the second unit directly to Tallinn, where it will enter a parallel commissioning process. The unit will be transported by truck to Riga, Latvia, and then by rail to Estonia. Delivery of the first six trains is scheduled to be completed by the end of 2024.