The Department for Transport (DfT) and Transport for London (TfL) have announced plans to improve regional rail travel across London and the south east. Transport Secretary Patrick McLoughlin and Mayor of London Boris Johnson MP have issued proposals to create a more joined-up London rail network providing frequent services and increased capacity across the region’s […] 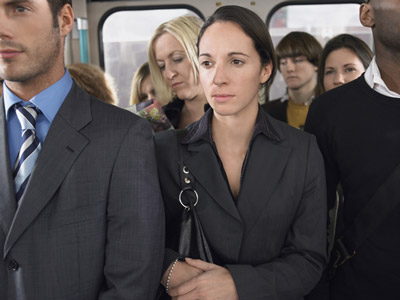 The Department for Transport (DfT) and Transport for London (TfL) have announced plans to improve regional rail travel across London and the south east. The new agreement will look at ways to give millions of rail passengers a better experience by examining the potential for a wide range of improvements, including:

The DfT and TfL have issued a prospectus outlining proposed changes which aim to improve capacity and service across the region whilst ensuring it is able to support London’s growing population and overspill into surrounding regions. The plans are said to enable economic growth unlocking ‘new areas for development as well as enhancing peoples quality of life.’

A new partnership will allow local authorities, local enterprise partnerships and other local and regional bodies, inside and outside London, to have a direct say in the way services are planned and specified.

The new arrangements will ensure that decisions affecting transport infrastructure support local and regional economic growth and that they are increasingly placed in the hands of those who know the needs of the region best. Local authorities inside and outside London will have a direct say in the way services are planned and operated, with even greater collaboration between TfL and the DfT.

The proposals would see the transfer of rail services that operate mostly or wholly within the Greater London boundary to TfL when the current franchises are due for renewal. This could include inner suburban rail services from London Bridge, Cannon Street, Charing Cross, Moorgate, Victoria and Waterloo. The transfer of inner suburban rail services to TfL, which is accountable to the Mayor, will be introduced whilst ensuring service improvements for all and no detrimental effect on fares or longer distance services.

On announcing the proposal, Transport Secretary Patrick McLoughlin said: “We are committed to making journeys better across London and the south east, and this new partnership represents a huge opportunity to transform travel by putting passengers where they should be – at the heart of the rail network.

“We are working closely with TfL to agree the best way of delivering integrated, seamless journeys for passengers both inside and outside of London, and as we continue these discussions, we want to hear people’s views.

The Mayor of London, Boris Johnson MP, said: “Our railways have been the workhorse of the London and south east economy since Victorian times. They’re key in the day-to-day lives of millions of people and vital to our future prosperity, and that’s exactly why this new partnership is such a seminal moment. By working closely together and taking on these new services, we’re going to emulate the success of the London Overground and give the entire capital and surrounding areas the services they truly deserve.”

Mike Brown MVO, London’s Transport Commissioner, added: “People want to live close to stations and they want those stations to have good quality frequent services connecting them to jobs and to leisure. Providing such services is vital to the future success of our city, yet at present there are wide variations in the levels of service customers’ experience.

“Through this new partnership we will work with the DfT to radically improve the service that rail customers’ experience — integrating fares and information and bringing inner suburban rail services into public transport network. This will bring us closer to delivering what customers want and London’s economy needs — a reliable metro-style rail service that supports new homes and jobs and improves the quality of life for millions of people.”

Responding to proposals published today, Paul Plummer, chief executive of the Rail Delivery Group, said: “The rail industry works closely with both TfL and the DfT to run services and will work with them to help continue to improve services for passengers and make the best possible use of scarce capacity on our network. The railway in and around London is full in many places and, even with planned improvements to allow more trains to run, the desire for more services for passengers in the capital will have to be balanced with the needs of passengers further away and with the needs of rail freight. With around 70% of journeys starting or ending in London, getting this balance right is crucial to both the country and capital.”

Views are now being sought on the proposals set out in a new approach to rail passenger services in London and the south east.