Switzerland’s Gotthard Base Tunnel, the world’s longest and deepest railway tunnel, will officially open on the 01 June 2016, 17 years after the start of construction. 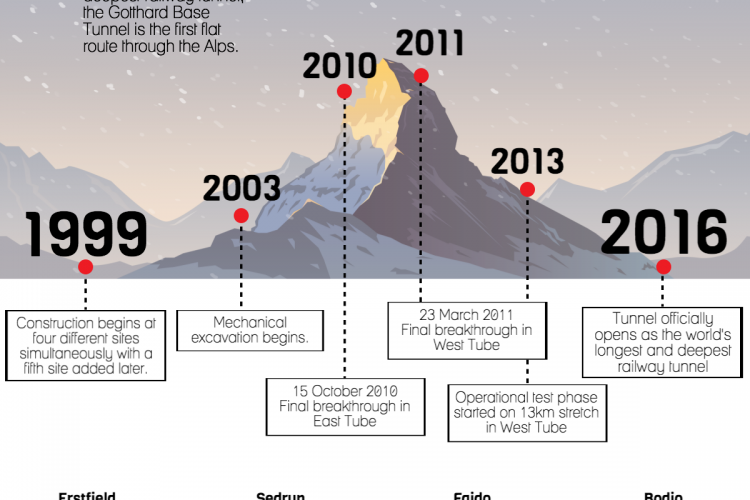 Switzerland’s Gotthard Base Tunnel, the world’s longest and deepest railway tunnel, officially opened on the 01 June 2016, 17 years after the start of construction. 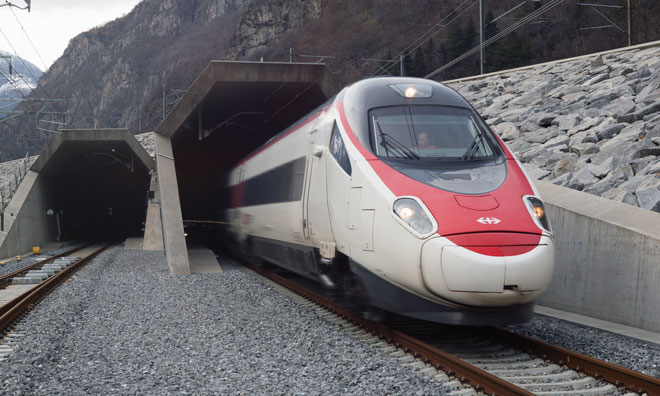 Switzerland is celebrating the opening of the 57 kilometre Gotthard Base Tunnel which will connect northern and southern Europe under the Swiss Alps.

With 26 million tonnes of freight transported through the Swiss Alps by rail every year and 80 percent of this being transit traffic, Switzerland is said to be at the heart of one of Europe’s most important freight transport axes.

The £8.2bn Gotthard Base Tunnel is integral part of expected growth and will help provide an alternative to road transport for both freight and passengers.

Read more about the Gotthard Base Tunnel on our tunnel infographic.

Construction of the Gotthard Base Tunnel 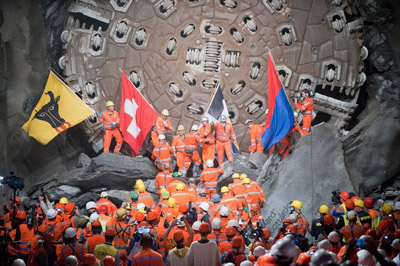 During the construction of the Gotthard Base Tunnel, construction workers had to bore through a wide variety of different rock strata, from hard granite to crumbly sedimentary rock.

Tunnel boring machines carried out 80 percent of the work in the main tunnels and conventional blasting methods were used for the remaining 20 percent. A total of 28.2 million tonnes of excavated material was removed from the tunnel.

In order to save time and money, engineers worked on different sections of the tunnel at the same time. Workers, materials and machinery were transported to construction sites in the mountain via access galleries and shafts. With rock cover up to 2,300 metres in depth, temperatures inside the mountain reached as high as 50 degrees Celsius.

To celebrate the opening, heads of state and government from Germany, France, Italy, Austria and Liechtenstein, as well as the European Commissioner for Transport, will be joining 160,000 members of the public who applied for a seat on the first trains to travel through the world’s longest and deepest railway tunnel. 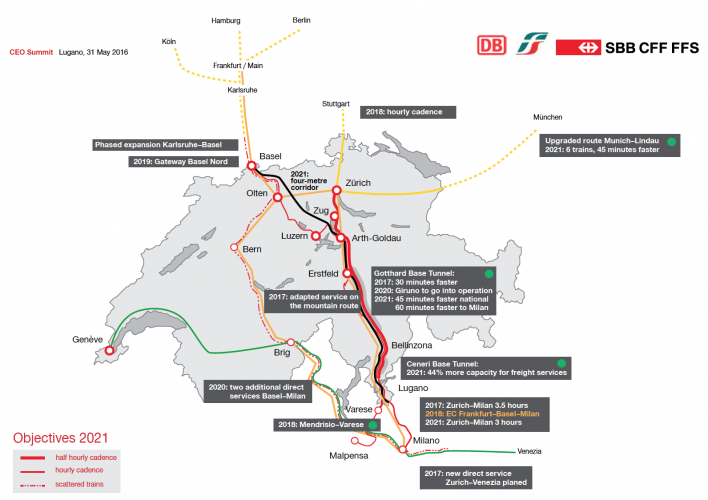 Global Railway Review would like to congratulate all involved with the opening of the Gotthard Base Tunnel. We’ve featured many articles over the years about this important construction and engineering project, reporting on many of the milestones achieved.  As the tunnel opens for operation, Global Railway Review will give experts involved the opportunity to discuss and cover the project’s highlights in our next issue published in July 2016, with articles from Renzo Simoni, CEO of AlpTransit Gotthard and Philippe Gauderon, Head of Infrastructure at SBB Infrastructure.

Sign-up for free here to guarantee you receive Global Railway Review issue 4 2016 and read what the industry has to say about the opening of the world’s longest and deepest rail tunnel.