£20m fund for new railway stations across England and Wales 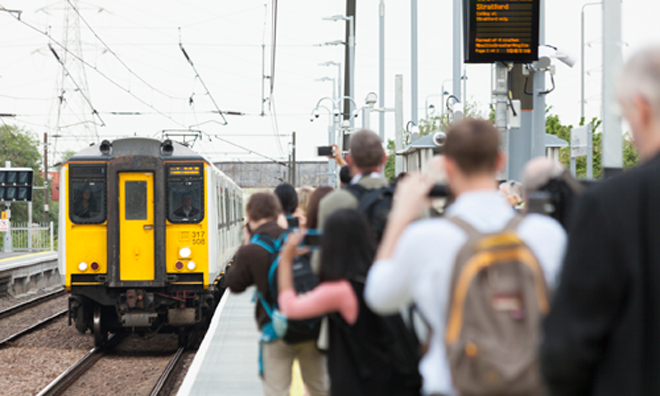 The latest round of investment as part of the New Stations Fund was announced by Rail Minister Paul Maynard on 26 August, in a drive to deliver better journeys, boost local economies and link communities across England and Wales.

Department for Transport’s (DfT) New Stations Fund will provide up to 75 percent of the cost for the construction of new stations or to reopen previously closed stations. With improved access to the network, it is hoped the investment will generate employment and housing opportunities.

Today’s announcement follows an initial round of funding which has already enabled new stations at Newcourt in Devon, Pye Corner in Wales and Lea Bridge in London. Stations under construction include Ilkeston near Derby and the re-opening of Kenilworth station near Coventry, which closed in 1965.

“Passengers will benefit from new connections and faster journeys”

Commenting on the funding, Rail Minister Paul Maynard said:  “The New Stations Fund is a great example of how our record investment in the railways and work with local authorities and industry is delivering better journeys for passengers.

“Through this fund, passengers will benefit from new connections and faster journeys, making it easier to get to work and visit friends and family. It will also provide a major boost for local economies and support the delivery of local housing developments.”

Norrie Courts, director of stations at Network Rail also commented: “The new station funding stream represents an important part of our Railway Upgrade Plan to improve Britain’s railways, delivering real and visible improvements for passengers. The first round of the New Stations Fund helped deliver Pye Corner, Newcourt and Lea Bridge and is in the process of delivering Ilkeston and Kenilworth.

“These are important stations for passengers who rely on the railway every day, and the announcement of additional investment to undertake a further round of new stations is welcomed.”

Campaign for Better Transport has welcomed the announcement. James MacColl, Head of Campaigns, said: “Another £20 million towards new rail stations could be great news for thousands of people and we look forward to seeing what projects win funding. Fifty years after Dr Beeching closed a third of the network, the successful New Stations Fund shows that communities up and down the country are clamouring to get back on track.

“The challenge now is to build a railway that meets the growing demand to travel by train. That means reopening lines as well as stations,” added Mr MacColl.

The deadline for bidders for the second round of funding is 18 November 2016 with an announcement of successful projects expected to be made early next year.

Further information on the bidding process can be found here.