Network Rail opens up for competition under new reforms 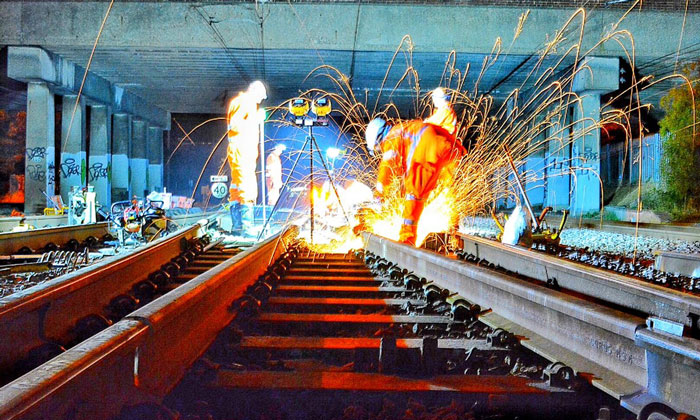 Network Rail is investing almost £130m in Britain’s railways every week, with over 15,000 live projects on its books to deliver improvements to the railways for the 4.5m people who use it every day. The reforms unveiled by chief executive, Mark Carne, represent a raft of opportunities for other companies to directly work on Britain’s railway projects and to compete for a slice of this huge market and to potentially deliver further improvements for passengers that otherwise might not happen.

Mark Carne, chief executive, Network Rail, said: “A growing railway drives the economy, jobs and housing and by welcoming open competition into the core of our business we will increase the pace of innovation, creativity and efficiency and could deliver even more improvements to our railway and for the people that use and rely on it every day.

“I am determined to create an environment where innovative third party companies can compete for and directly deliver railway projects. These reforms mark the next stage of Network Rail’s transformation having already decentralised into nine devolved individual businesses.”

Some of the reforms announced include:

These reforms will also unlock new sources of funding because potential investors will have choices over who delivers projects for them. This will reduce the burden on central government and taxpayers and create new opportunities for passengers and the communities that depend on the railway.

Darren Caplan, chief executive of the Railway Industry Association, said: “We all know that the industry has to change – these changes mark a welcome, positive, approach from Network Rail which has previously resisted such radical steps.”

Mr Carne continued: “I am also determined to find ways for the private sector to directly invest in railway projects. As a government owned business, this has some challenges, but by unlocking private finance we can potentially deliver railway improvements that would otherwise not be possible.”

One of the first examples of railway projects being privately financed in an innovative way is Network Rail’s new two-year deal with Resonate – the British signalling and train control specialists.

The deal sees Resonate introduce its new, digital traffic management system into the signalling and control systems for the main lines out of London Paddington that could reduce delays by up to 15%.

The deal sees the supplier financing and bearing the risk of introducing the new technology but it will reap rewards from the savings made in reducing delays. Back in December 2016, Network Rail commissioned a review – the Hansford review – into how to encourage competition into railway projects and attract more private sector involvement to fund and finance Britain’s railway projects. Network Rail has now published both the review, and also its swathe of reforms aimed at breaking down the actual and perceived barriers identified by Hansford.