The management of the West Midlands network has been put into local hands. Consequently, more frequent services, better trains and extra seats are being implemented… 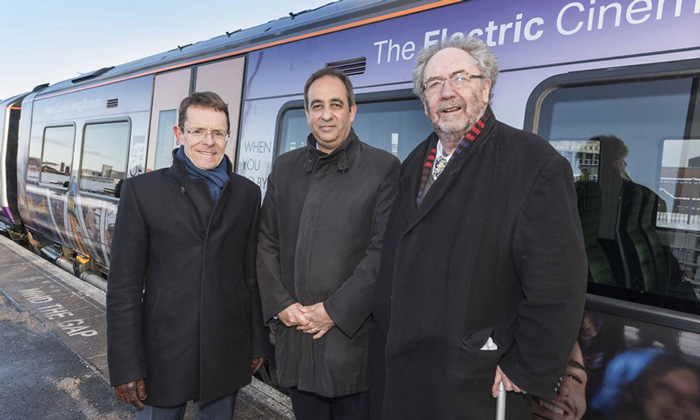 A new franchise, managed jointly by West Midlands Rail (WMR), a consortium of 16 local councils and the Department of Transport (DfT), will be bringing an investment of just under £1 billion into the local network over the next eight years. The new franchise, which runs until March 2026, will see more services and more space for passengers while stimulating and supporting further economic growth and jobs across the region.

Trains operating on the local network are being branded in a new West Midlands Railway livery and operated on by West Midlands Trains Ltd, a joint venture between Dutch train company Abellio, the East Japan Railway Company and Mitsui & Co Ltd.

Councillor Roger Lawrence, chair of WMR and leader of City of Wolverhampton Council, said: “Today is a watershed moment for our region’s rail network and it will bring many improvements for passengers over the coming months and years. It is the first time that West Midlands councils have had such a level of influence in setting out what a train company must deliver. We have used that control to make sure this new franchise gives passengers and our businesses what they need from their local railway in order to prosper.

“The increased frequency and on-board capacity is particularly important for the tens of thousands of people who rely on the network to get to work each day but it is also important for those making business trips or simply going out to enjoy our region’s cultural and leisure attractions.”

The new franchise will see 20,000 extra seats for rush hour passengers in Birmingham, 100 new carriages on the Cross City line and 80 new carriages for the Snow Hill lines; replacing the entire fleet currently between Worcester and Hereford and Shrewsbury. If services are delayed by more than 15 minutes, 25 per cent compensation will be provided, there will be free Wi-Fi on all main line services and a roll out of smart ticketing and live passenger information.

Andy Street, Mayor of the West Midlands, said: “Our local rail network has a crucial role to play in making sure our region has the connectivity it needs to compete and prosper on a global stage.

“We have been able to secure more of what passengers want, like earlier and later weekday services and more trains on Sundays. The region will now work hard in partnership with West Midlands Trains to make sure this new franchise and the £1 billion investment it brings will deliver the sort of railway our passengers need and deserve; one that can drive and support further economic growth.”

The new franchise will see a £680 million investment in 107 new trains made up of 413 carriages which are being built by Bombardier Trains and Construcciones y Auxiliar de Ferrocarriles (CAF). Designed to carry more passengers with wider doors for quicker access these will go into service in 2021.

Jan Chaudhry-van der Velde, managing director of West Midlands Trains, said: “We’re delighted to see so many of our new trains produced in the Midlands; stimulating the local economy. Along with 900 apprenticeships put in place over the coming years we’ll be building a legacy that will benefit the industry for decades to come.”

Around £60m will be invested on station improvements across the franchise area delivering 1,000 new car park spaces, 2,500 cycle parking spaces, a cycle hire scheme, new and refurbished waiting rooms and more seats at stations. There will also be improved access for those requiring extra assistance, including disabled people.

Feasibility studies are also being undertaken for the development of new stations in the West Midlands; there are plans to limit the impact of delays caused by leaves on the line in the autumn.