New research has revealed only a third (36 per cent) of 18-24-year olds believe going on the railway track is extremely dangerous, resulting in young adults frequently risking their lives when crossing the railway… 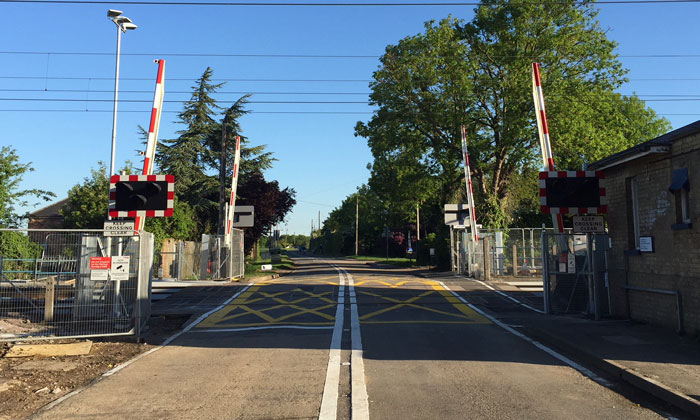 Almost a quarter (22 per cent) of 18-24-year olds have admitted that if they were in a rush, they would ignore warning lights and try to cross the railway at a level crossing, revealed by Network Rail’s recent research.

This worrying statistic is coupled with a quarter of UK adults admitting they do not know the guidance on using a level crossing safely. Young people are even less aware, with over a third of 16-24-year olds not confident on the safety procedure. When asked how to safely use a crossing, only four per cent of people mentioned ‘stop, look, listen’.

Allan Spence, Head of Public and Passenger Safety at Network Rail, explained: “A lack of knowledge around how dangerous the tracks can be means more people are not taking care at level crossings and are putting themselves in danger.

“We are investing more than £100 million to improve level crossing safety across Britain as part of the Railway Upgrade Plan, but we also need everyone who uses level crossings to do their bit too. By understanding how to use a crossing safely and paying attention to the warnings, we can all keep ourselves out of harm’s way.”

While Britain does have the safest rail network in Europe, level crossings are one of the biggest public safety risks as Network Rail’s 20,000 miles of track directly interfaces with approximately 6,000 road and footpath crossings.

Since 2013, on average, one person has been killed on a level crossing every eight weeks. Within the last year there has been a 12 per cent rise in the number of incidents at level crossings.

To help increase awareness of level crossing danger, Network Rail is leading a national safety campaign targeted at pedestrians during the summer months. They will reach young people with safety messages through social media and new technologies, such as geo-targeting, to communicate with the right people at the right time with the right safety messages. Furthermore, the rail infrastructure company has worked with EON Reality to produce a series of virtual reality films‏‏ which can be used to educate key user groups, including young adults.

Network Rail’s army of over 100 level crossing and community safety managers will continue to work with British Transport Police officers and raise awareness of level crossing safety across the rail network. They will hold safety events, offer briefings in schools and encourage young people to stay alert and avoid distractions when using the railway.