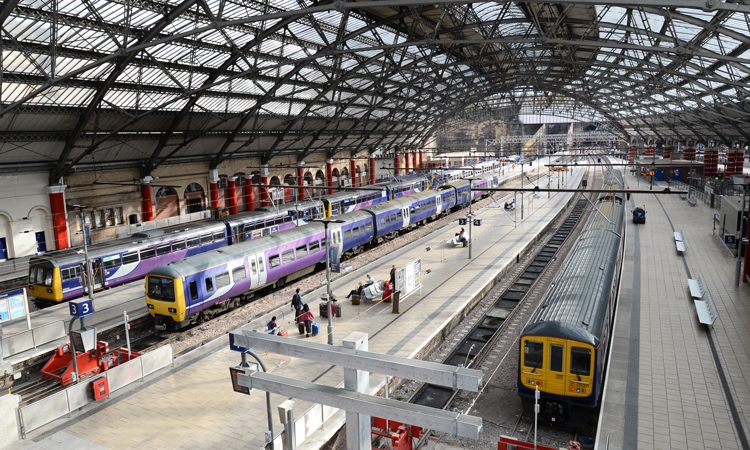 The £140 million transformation of Liverpool Lime Street has been completed with the full reopening of all 10 of the station’s platforms.

Transport Secretary Chris Grayling joined rail industry partners on the station roof, where the track, platform and signalling improvements completed on time and on budget could be seen.

He said: “When Concourse House was demolished it opened up Lime Street’s Grade II façade to the city again, and made it a much more fitting neighbour for St George’s Hall and the other historic buildings of Liverpool’s World Heritage site.

“Now these improvements mean the interior of the station matches the exterior. Work on the platforms, tracks and signalling equipment of the station will deliver longer trains, more reliable services, more seats and faster journeys.

“Working closely with Network Rail and train operators, they will ensure people see significant benefits from the £1 billion Great North Rail Project. They are part of the government’s determination to put better journeys for passengers at the heart of everything we do.”

One of Northern’s brand new, state-of-the-art trains was held in the station. Due to start entering service by the end of 2018, this is part of a £500 million investment in a fleet of 98 new trains and the retirement of the old ‘Pacer’ train.

“This is part of our commitment to support future economic growth across the north of England. More, longer, better-managed platforms together with the station’s brand-new, state-of-the-art signalling system will enable us to run longer trains, with more space and more seats more reliably.”

The completion of the final stage of the work brought the newly extended Platform 1 into passenger use. The platform, originally Platform 2, has been extended from 160m to 220m in length to accommodate longer trains, therefore offering more seats for more passengers. Two brand new platforms have been built and are in use, and all others remodelled, widened and/or lengthened.

The reopening coincided with the first ever #StationsDay, which celebrates the £5.2 billion investment to regenerate Britain’s rail stations as part of the rail industry’s long-term plan to change and improve.

Chris Nutton, Major Projects Director at TransPennine Express, said: “Over the next 12 months, we will introduce our brand new Nova fleets and customers in the North West will soon be travelling on some of the newest trains in the country.”

An extensive signalling upgrade has also been completed to allow more trains to run in and out of the station. Signalling control was successfully moved over to centrally-operated Manchester Rail Operating Centre in July 2018. This means more reliable journeys for passengers, allowing faster decision making on the railway to minimise delays.