Hannover’s regional rail network to be operated by Transdev

The public transport operator strengthens its position in Germany by receiving the largest regional rail contract in the history of Transdev Germany. 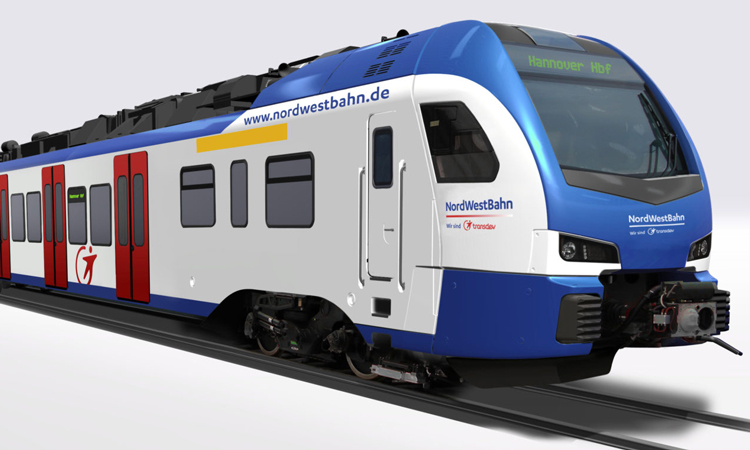 Transdev will begin in December 2021 the operation of the entire 385km-long regional rail network in Hannover (Lower Saxony, Germany) for a duration of 12 and a half years, through its NordWestBahn subsidiary.

Thierry Mallet, Chairman and CEO of Transdev Group, said: “I am thrilled with the trust placed in Transdev and that our business case and customer-oriented proposal for the Hannover regional trains has been judged as compelling.

“This award will be an exceptional accomplishment for our group and one of the largest contracts in our history. In this respect, we are strengthening our position as the second largest rail operator in Germany. We will be delivering on our promise for improved municipal rail services and will fulfil our commitments to make this critical project a success for both our clients and customers.”

The contract, which covers approximately 9.3 million rail kilometres a year and carries over 30 million passengers yearly, includes 10 regional rail lines of S-Bahn type in Hannover, the capital city of Lower Saxony, connecting with Nienburg and Celle to the north, and Minden, Hildesheim, and Paderborn to the south.

“Winning this municipal rail contract in Hannover is a major challenge which we meet with a lot of respect and enthusiasm. It’s both an exciting challenge and an important step forward for the future of Transdev Group and NordWestBahn,” said Christian Schreyer, Global Chief Performance and Strategy Officer of Transdev Group and Chairman of the Board of Transdev Germany. “Our successful track record in Lower Saxony and in the Bremen regional rail for several years clearly demonstrates that we can successfully operate reliable municipal passenger rail services and gain new customers.“

Operating staff will be transitioned from the previous operator, while the train fleet will be composed of 13 existing and 64 new Stadler trains. Transdev will order new Stadler FLIRT 160 trains, which will offer a total capacity of 397 passengers, with respectively 180 seated and 217 standing, and will be able to reach a top speed of 160km/h. The acquisition of new trains by Transdev, which represents an investment of around €315 million, will be a major tangible improvement for municipal rail passengers in the Hannover region.