The risks of working alongside the third rail are tackled

The concept that bare, live conductors of 750 volts run through places of work at ground level is hard to comprehend, however these are the dangers facing depot operatives at third rail depots. 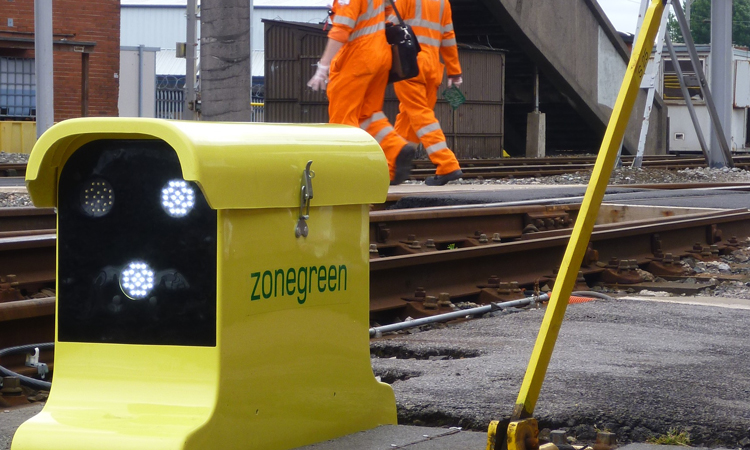 Zonegreen have decided to lead a two-pronged attack on the risks associated with third rail, to improve protection for workers at depots via its Interlocking and Points Converter systems.

The basic role of interlocking is to protect personnel and equipment from the dangers posed by live traction power supplies. Zonegreen’s system works by inhibiting the use of third-party equipment until the third rail has been isolated, through a combination of mechanical keys and electronic contacts.

This type of system is particularly beneficial on stabling roads, where operations such as cleaning and sanding are completed. Workers are often required to walk in and around the six-foot space alongside the third rail, putting them at considerable risk.

The Zonegreen Points Converter, a method of automating manual points, has been designed to increase safety in rail depots and can be used to reduce the dangers associated with the third rail.

Points converters are fitted retrospectively to existing manual hand points and can be controlled either by key switches located in a position of safety, remote handsets or a central computer system. This allows the point to be operated remotely, without putting people in harm’s way.

The innovative system removes the need for shunters to traverse potentially long distances to reach manual points, at all times of the day and night. In areas where there is potentially poor lighting, ballast and uneven surfaces, the dangers of contact with the third rail are heightened and ever present.