This new line marks the completion of phase two of the Marmaray project – an initiative dedicated to connecting Turkey’s European and Asian rail networks. 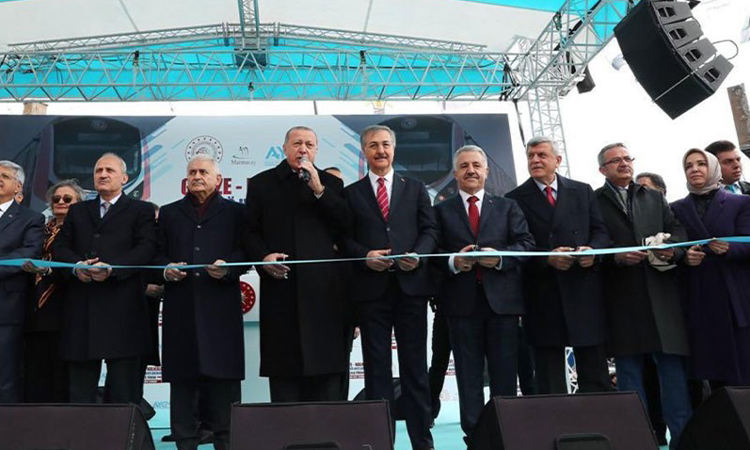 This project extends the existing 13.6km underground Marmaray rail link in Istanbul, and as a result the end-to-end journey is reduced from 185 minutes to 115.

President Recep Tayyip Erdogan congratulated the people who contributed to the Gebze-Halkali suburban train line, which has so far cost approximately 8.5 billion liras.

Minister of Transport and Infrastructure, Mehmet Cahit Turhan, said: “This project of the century will complete the Marmaray and we will provide an uninterrupted Istanbul commuter line from Gebze-Halkalı. This suburban project is the main backbone of Istanbul’s transport, combining all the rail systems of Istanbul.”

Work included the reconstruction of the double-track line to provide two tracks: One for commuter trains and one for main line trains. In addition, 27 stations on the Asian side and 11 on the European side were rebuilt. Seven stations – Gebze, Pendik, Maltepe, Bostanci, Söğütlüçeşme, Bakirköy and Halkali – will provide an interchange between suburban and long-distance services.

Completion of the Marmaray project also means that freight trains will be able to cross the Bosphorous by rail for the first time. 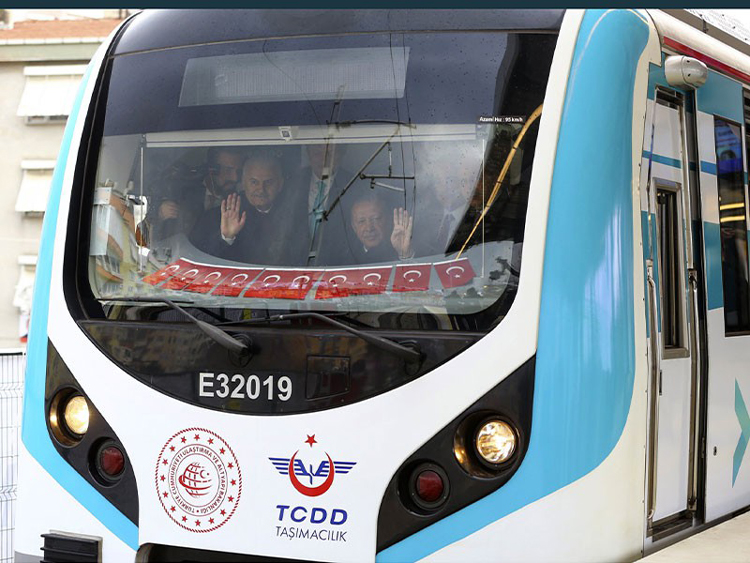