The service will run every three minutes, gets to Birmingham Airport ‏in six minutes and provides transport for 2,100 passengers per hour. 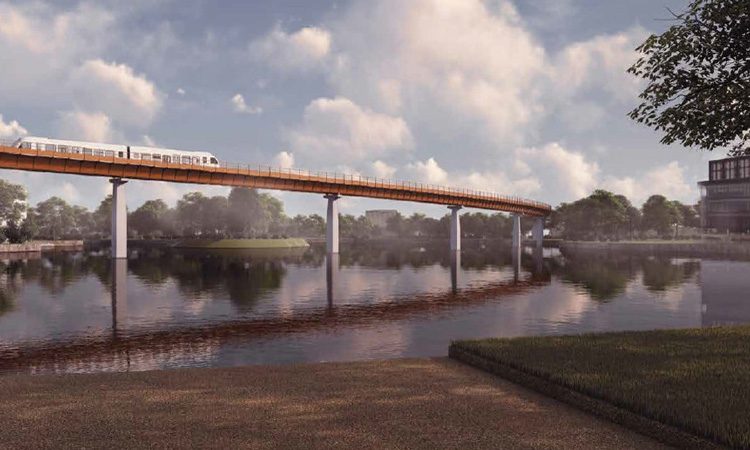 HS2 has unveiled the visuals for its new people mover at the first of a series of events to share with the public the emerging designs and explain the role that the people mover will play. 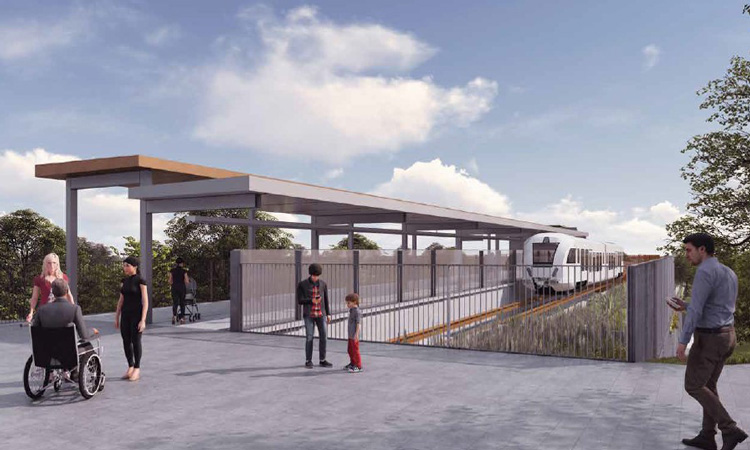 The people mover will provide a fast and frequent transport connection between HS2’s new Interchange Station in Solihull, through to Birmingham Airport in just six minutes. When fully operational, the people mover will carry up to 2,100 passengers per hour in each direction.

HS2 has been working closely with the Urban Growth Company (UGC) in Solihull to include extra design elements which will support wider growth plans at the UK Central Hub.  This includes modifying the alignment of the people mover as part of a major redevelopment at Birmingham International Station to create a new, multi-modal transport exchange.

The approximately 20 metre long people mover vehicles will depart from each stop approximately every three minutes. They will pick up passengers from Interchange Station, and then travel 2.3km across an elevated viaduct stopping at Birmingham International Railway Station, the National Exhibition Centre, before reaching Birmingham Airport.

The viaduct will be 12 metres off the ground at its highest point, and the three stops will be fully accessible, designed using colour to provide clear wayfinding for passengers, while information screens and audio announcements will provide live journey updates to communicate both HS2 and people mover services.

These greater connections to key leisure and business locations like Resorts World, The NEC and Birmingham Airport, further enhance HS2’s Interchange Station in Solihull as a major gateway for the region. It will be part of a new public transport interchange serving Solihull and the West Midlands, with unparalleled links to the UK motorway network. 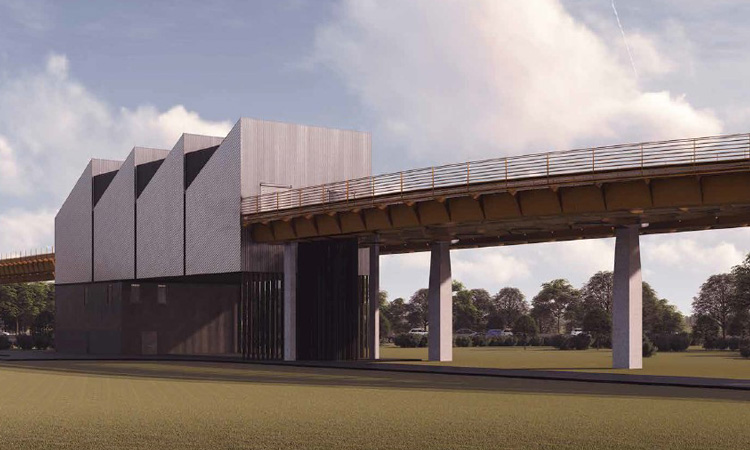 Mark Thurston, CEO of HS2, said: “HS2 is about connecting the country, and the people mover is another example of how we will do that. This entire area in the West Midlands, and the wider regions across the UK will be able to capitalise on the connectivity that Birmingham Interchange Station brings and the people mover is an integral part of this.

“The high speed connection into Interchange Station opens up the UK Central Hub, the NEC, Birmingham International station and Birmingham Airport to new business and leisure customers who might not have chosen this area previously. With the airport being only six minutes from the station, it means better options for air travellers, and makes it more accessible to even more of the UK.”

Jonathan Bretherton, Managing Director of the Urban Growth Company, said: “The APM will be a vital and exciting link, connecting HS2 and the Arden Cross site to the NEC and Birmingham Airport, making the whole area easily navigable for those choosing to live, work or play here. Our work to coordinate the views of local stakeholders will continue to ensure that the final APM design fully supports the economic growth we are predicting here.

“In particular, our planned redevelopment of Birmingham International Station to accommodate a realigned APM, will make sure the Interchange Station is fully connected to the local and regional transport network.”