Deemed a ‘public infrastructure project’ in India, the ultra-fast concept linking central Pune to Mumbai in under 35 minutes is now one step closer to reality. 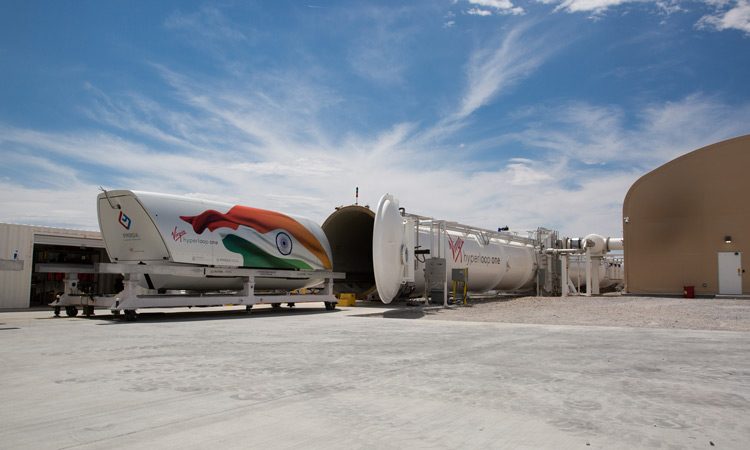 The Government of Maharashtra – one of the first proponents of hyperloop technology in the world – has deemed the ultra-fast concept a ‘public infrastructure project’, setting it up to be the first hyperloop project in the world. The MahaIDEA Committee has also approved the Virgin Hyperloop One-DP World (VHO-DPW) Consortium as the Original Project Proponent (OPP). This is a landmark announcement for building the Pune-Mumbai hyperloop transportation system, recognising hyperloop technology alongside other more traditional forms of mass transit. The hyperloop project will link central Pune to Mumbai in under 35 minutes, as opposed to the current 3.5+ hours by road.

The project will generate hundreds of thousands of new high-tech jobs, create over $36 billion in wider socio-economic benefits, and create new hyperloop component and manufacturing opportunities for Maharashtra to export to India and the rest of the world.

Devendra Fadnavis, Chief Minister of Maharashtra, said: “Inspired by the new India vision of Honourable Prime Minister Shri. Narendra Modi, Maharashtra will create the first hyperloop transportation system in the world and a global hyperloop supply chain starting from Pune. We have just named DP World– Virgin Hyperloop One consortium as the Original Project Proponent for the Mumbai-Pune hyperloop project and preparing to start the public procurement process. Maharashtra and India is at the forefront of hyperloop infrastructure building now and this is a moment of pride for our people.”

Sultan Ahmed bin Sulayem, Group Chairman and CEO of DP World and Chairman Virgin Hyperloop One, said: “Support for hyperloop transportation systems is mounting across the world and India has led the charge to bring hyperloop to fruition since the early stages of development. To be named OPP is an incredible vote of confidence in our ability to deliver this advanced technology to the people of India and enhance their lives.”

DP World (DPW), a global trade leader and a major ports and logistics operator in India, is set to invest $500 million in private capital to complete Phase One of the project, which will certify this new technology for passenger operations, establishing India as the epicenter of hyperloop innovation without using public funds. This project will be executed in partnership between DP World-Virgin Hyperloop One consortia and the state government of Maharashtra, and further Foreign Direct Investment in billions of dollars is expected.

Jay Walder, CEO of Virgin Hyperloop One, said: “This is history in the making. The race is on to host the first hyperloop transportation system in the world, and today’s announcement puts India firmly in the lead. This is a significant milestone and the first of many important steps toward bringing hyperloop to the masses. We look forward to participating in the public procurement process and bringing this revolutionary new transport technology to the world.”

There are approximately 75 million passenger journeys between Mumbai and Pune annually – expected to skyrocket to 130 million by 2026. Virgin Hyperloop One’s system can meet this growing demand by supporting as many as 200 million passengers annually, linking central Pune and Mumbai in less than 35 minutes. This ultra-high speed link not only opens up new economic and social opportunities, but also offers a sustainable form of mass transportation with zero direct emissions.

Harj Dhaliwal, Managing Director of India and Middle East, Virgin Hyperloop One, said: “The dynamism shown by the State and Federal governments and public agencies in India has been visionary, and the country will reap the benefits of being a first-mover in adopting hyperloop technology. Once commercialised, it will transform the Pune-Mumbai corridor into a mega-economic region moving people and cargo between these two centres in a cost-effective and sustainable manner. This process creates a blueprint for a hyperloop network spanning the entire nation. We would like to thank the government of India, the state of Maharashtra and partner agencies for getting the project from vision to reality.”