Texas Central appoints Mass. Electric through an Early Contractor Involvement agreement, with a final specialty systems construction contract expected by the end of 2019. 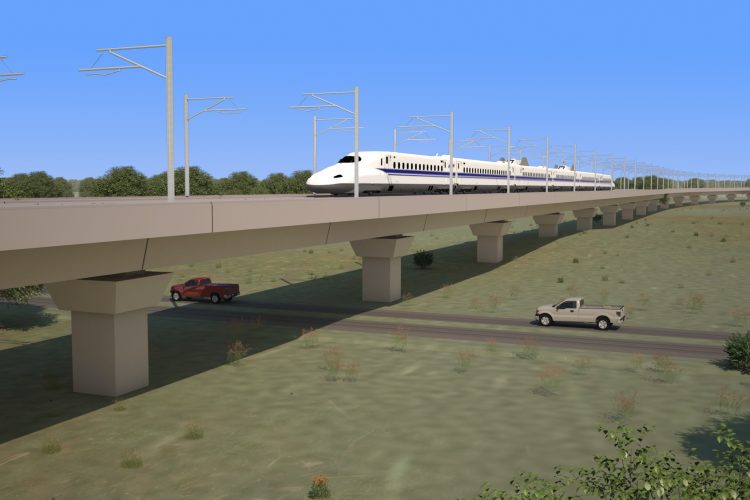 Texas Central, the developer of the Texas High-Speed Train project, is continuing the momentum toward construction by announcing an agreement with train system installation firm Mass. Electric Construction Co., a subsidiary of Kiewit Corporation.

Mass. Electric’s work focuses on installing the core system, critical safety elements which include all necessary power, signalling and communications equipment. The company is the latest addition to the team of partners Texas Central has assembled to build America’s first true high-speed line, which will connect Houston and North Texas in just 90 minutes.

The Early Contract Involvement (ECI) agreement with Mass. Electric covers work through the end of 2019 to define the scope, execution plan, schedule and price for a construction contract, which is expected to be signed before the end of 2019. This agreement is the most recent milestone towards the construction phase of building the high-speed project, which is expected in 2020.

The addition of Mass. Electric is another example of Texas Central’s integrated approach ensuring all parts of construction and operations are married together seamlessly both for safety and for efficient and cost-effective operations. The core system that will be installed is a key component of the N700S Shinkansen technology being deployed for the Texas High-Speed Train project and part of what makes this project so unique. Using a ‘complete system approach’ means from the beginning everything is designed and engineered to work together as an integrated unit – the trains, the infrastructure and the supporting high-speed rail technologies.

Carlos F. Aguilar, CEO, Texas Central, said: “The Shinkansen total system approach has created performance unparalleled in the industry, having transported over 10 billion people safely. Marrying the experience of Mass. Electric with the dedication to safety of an integrated system, brings the project one step closer to construction and operation.”

Specifically, under a Core Systems Installation Agreement, Mass. Electric would install the systems that supply and distribute electrical power for running the train and related equipment, signalling and control of the trains, and communications, to ensure the trains, the tracks and operators all communicate with one another and with network operations.

Mark Williams, Project Director at Mass. Electric, said: “This project draws on our extensive experience in delivering high-quality rail systems safely and effectively. We are excited to play a key role in the nation’s first high-speed train project.”

The high-speed train project will create an estimated $36 billion in economic benefits state-wide over the next 25 years, including the creation of 10,000 direct jobs per year during peak construction and 1,500 permanent jobs when fully operational. Texas Central recognises diversity of thought, background and ethnicity are vital to this project’s sustained success and are committed to the inclusion of Texas-based, small, rural, minority-, woman-, veteran- and disabled individual-owned businesses by offering fair and competitive opportunities to bid and participate in building and operating the high-speed line for Texas.

How hackathons can bring your business ideas to reality