The new line will connect Poland to Luxembourg and the Benelux area, as well as France and Spain, by providing access to existing intermodal routes. 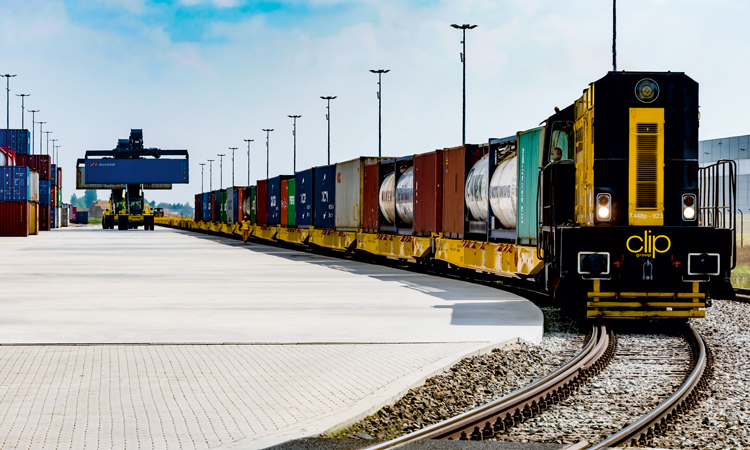 CFL multimodal and CLIP Group have announced the launch of a new intermodal connection between Bettembourg-Dudelange, Luxembourg, and Poznan-Swarzędz, Poland. The partnership project has been successfully completed and, subsequently, has expanded the respective services by offering the new rail motorway train connection.

Managing Director of CFL multimodal, Fraenz Benoy, said: “The expansion of our intermodal service offering to Central Europe will give us the opportunity to address the craneable and noncraneable trailers market. This new train can transport up to 15,000 semi-trailers per year. This is equivalent to 20,000 tonnes of CO2 savings, which clearly reflects our endeavour to provide both sustainable and reliable services.”

The first train began its journey from the Intermodal Terminal of Bettembourg-Dudelange on 28 January 2020. The service will run four round-trips per week and will transport freight such as containers, as well as craneable and non-craneable semi-trailers. The new route will connect Poland to Luxembourg and the Benelux area, as well as France and Spain by using the existing intermodal connections from Bettembourg-Dudelange to Lyon, Le Boulou and Barcelona.

Agnieszka Hipś, CEO of CLIP Group S.A. said: “CLIP Intermodal, as an expert in Poland in intermodal services, can promote this solution and provide a unique opportunity to all Polish road hauliers to go to intermodal. With further connections from Luxembourg to Spain, we have the possibility to create one of the longest rail connections in Europe with the shortest transit time. The train will start with a frequency of four times per week, but we want to increase it to six times per week in the near future. Transit time from CLIP to Bettembourg will be around 23 hours.”