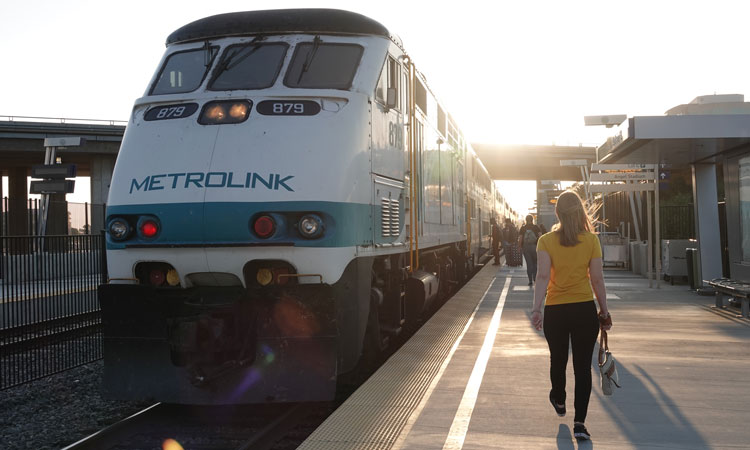 The U.S. Department of Transportation (USDOT) has announced that it has awarded Metrolink with $10.7 million in Consolidated Rail Infrastructure and Safety Improvements (CRISI) Grant Program funding for passenger rail safety and speed improvement projects along the Burbank-Anaheim Rail Corridor.

The $10.7 million grant will partially fund the Burbank Corridor Speed and Safety Improvements Project, with the federal award set to be matched with state funds to cover the balance of the project. The improvement work will enhance the service on Metrolink’s Ventura County and Antelope Valley lines – currently, approximately 100 passenger and freight trains operate each weekday through the Burbank and Glendale area.

Funds from the CRISI Grant Program are designed for use to increase safety, efficiency and reliability of intercity passenger and freight rail systems. The project will work to improve the tracks and signal controls between Metrolink’s Burbank Airport-South and Glendale stations. As a result, this will reduce train congestion and increase on-time performance on track that is shared with Amtrak’s Pacific Surfliner and Coast Starlight services, as well as the Union Pacific Railroad freight services.

Congressman Adam Schiff said: “I applaud the funding announced by the Federal Railroad Administration to support Metrolink’s important Burbank Corridor Safety and Speed Improvements Project. This project, located in my district, will help Metrolink improve station safety for pedestrians, reduce travel time and improve speed in this crucial intercity and regional rail corridor, and I am thrilled to see it move forward.”

Additionally, Metrolink is working to implement the Southern California Optimized Rail Expansion (SCORE) Program, which will improve the rail infrastructure in order to facilitate more frequent service that will be necessitated by the 2028 Los Angeles Olympic and Paralympic Games.

Brian added: “With roadways in Southern California at capacity and population continuing to grow, more people are looking for an environmentally-friendly alternative to driving that also allows them to avoid freeway traffic. This grant allows us to improve the service to our customers, so we can continue our record-breaking trend of ridership growth.”