The Future Railway Mobile Communication System (FRMCS), the successor of the Global System for Mobile Communications – Railway (GSM-R), is expected to be rolled out in the coming years. Here, Monika Heiming, Executive Director of EIM (the European Rail Infrastructure Managers association) shares EIM’s proposals for a successful migration to the new communication technology.

The European Green Deal announced recently by the European Commission’s President, Ursula von der Leyen, has the ambition to make Europe the first climate neutral continent by 2050. Within this context, the European Rail Infrastructure Managers association (the EIM) and its members envisage that significant opportunities will be offered by the new EU objectives and forthcoming policies to promote rail as the greener mode of transport for both passengers and freight.

To support the European Green Deal, railway undertakings and infrastructure managers will have to extend the rail network and run more trains to accommodate passenger growth, even doubling the number of travellers compared to previous years in some countries. High-end connectivity, digitalisation and interoperability will be key components in meeting these ambitious goals.

FRMCS to empower the industry

The Future Railway Mobile Communication System (FRMCS), the successor of the Global System for Mobile Communications – Railway (GSM-R), is expected to be rolled out in the coming years and should empower the railway industry to better leverage the potential given by modern communication technology.

In fact, the European Union Agency for Railways (ERA) has identified FRMCS as one of the ‘game changers’ in its European Rail Traffic Management System (ERTMS) Longer Term Perspective document. The Control-Command and Signalling Technical Specifications for Interoperability (TSI CCS), which is expected to be complete by 2022, will incorporate the FRMCS as the radio system to be used for train‑to‑track voice communications and for European Train Control System (ETCS) data communication.

The importance of preparing migration on time

While work is progressing well on the functional and technical specifications of FMRCS, it is essential to address, at the same time, key elements for a successful migration from GSM-R to FRMCS which involves many different stakeholders of the railway community and, therefore, requires long-term planning.

The EIM and its members have identified the following key principles for a successful migration:

Since ERTMS and FRMCS are closely connected, the EIM and its members support the following requirements on functionality developed by the ERTMS Users Group and the International Union of Railways (UIC), in terms of on-board system architecture:

These requirements are applicable for new on‑board systems during the migration phase. For existing on-board ETCS, changes should be kept to a minimum, hence preserving a minimal impact on train operation and limiting costs for railway undertakings. Meanwhile, to preserve infrastructure managers’ investments, FRMCS migration should also be performed, minimising the impact on ETCS trackside constituents already in service.

The EIM’s proposals for a successful migration to FRMCS, are:

Monika Heiming has been Executive Director of EIM since October 2011. Monika has been active in Brussels as a lobbyist and manager of international associations and groupings for several years. She studied languages at the University of Cologne, and holds a master’s degree in European Management from the University Faculties in Brussels and an Executive MBA from the Belgian Solvay Business School. Among her previous experiences, Monika helped develop the UNIFE association in Brussels from 1993 to 1997. She also managed and marketed the engineering activities of European engineering group Europengineers EEIG from 1999 to 2004, before being made Secretary‑General of ERFA in January 2005. Monika is also a member of the Management Board of the EU Agency for Railways. 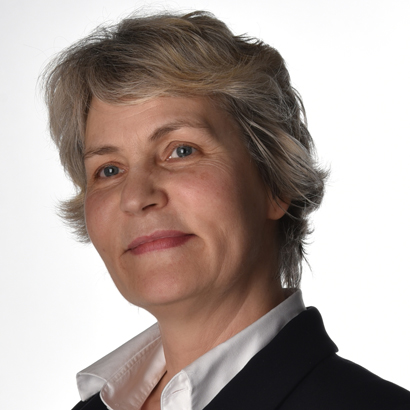