Are timetables the key to unlocking rail’s potential? 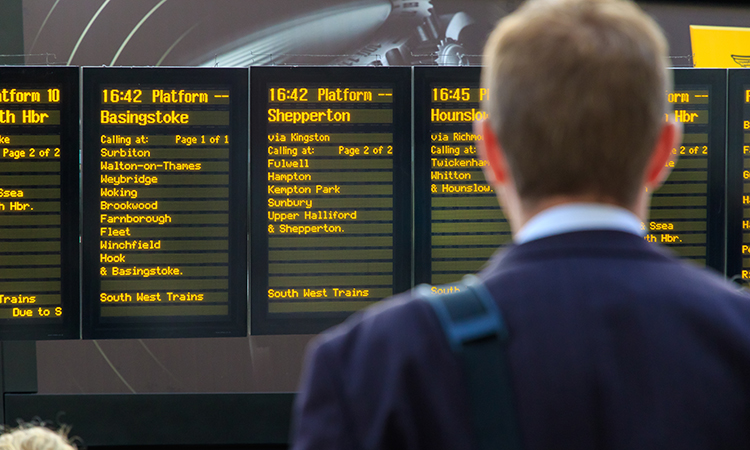 For the past 50 years, we’ve focussed on developing rail services into and between city centres, especially to and from Central London. For too long, we’ve solely viewed rail as a bulk carrier of big flows, incapable of serving the wide range of smaller markets that, in combination, make up the majority of today’s travel demand.

The time has come to diversify this approach. We can no longer afford to assume that people only want to make a narrow range of journeys by train. Instead, we need to create a rail system that, like the roads, gives users the freedom to go where they want, when they want.

First, rail is a more sustainable mode of transport than the car and getting the right balance between transport modes will be key to meeting our net zero targets. To do this, we can’t continue to focus on city centre journeys – over 80 per cent of people travelling into Central London at peak times are already using the train. It’s the journeys outside of London, that more often than not require interchanges, where rail loses out to road competition.

Second, if we only focus on a small segment of our potential market, we’re not using our infrastructure efficiently. Lines into city centres have become so congested that they struggle to cope, while the rest of the network is so underutilised that it struggles to justify its existence. This drains the railways’ finances and means we cannot afford to enhance capacity where needed.

COVID-19 has revealed just how risky our dependence on a narrow range of markets is and, if we don’t change it, we may not be able to recover fully.

So, how do we address it?

The crux of RBR is the introduction of a new, carefully planned, connections-based timetable designed to eliminate unnecessary time waiting at interchanges and transform a multitude of journeys across the country.

Retiming Britain’s Railways (RBR) is a unique Atkins-sponsored proposal to revolutionise rail travel by slashing journey times, dramatically improving frequencies and relieving overcrowding. The crux of RBR is the introduction of a new, carefully planned, connections-based timetable designed to eliminate unnecessary time waiting at interchanges and transform a multitude of journeys across the country. Its goal is to enable people to travel seamlessly between any two stations on the network, irrespective of whether an interchange is involved.

RBR’s innovative approach to planning the network was inspired by the Swiss Railways and has been applied to a series of Britain’s regions to create detailed long-term proposals which prove RBR’s feasibility.

The most detailed proposal yet encompasses the Anglia region. It demonstrates that a connectivity transformation is possible, subject to an ambitious programme of infrastructure upgrades. Our analysis indicates that a business case exists for these enhancements; a very conservative assessment of the benefits, primarily focussed on existing rail users, justifies up to £4 billion of capital investment.

The public are clearly on board with the concept. In 2014, Network Rail published ‘Improving Connectivity’, a public consultation which focussed on RBR’s Anglia proposal and received an overwhelmingly positive response.

The time to act is now

Without intervention, the rail market will continue to lose out. Too many people are choosing other modes of transport because end-to-end rail journeys are ill-coordinated and don’t meet customers’ needs. A long wait for a connection can be the tipping point when deciding what mode of transport to take. The detail of the timetable can make the difference between a journey taking three hours or five hours and resulting in the car being the quicker and easier option. Given that only one per cent of possible rail journeys on the network are currently served by direct trains, the importance of good interchanges cannot be overstated.

A connection-based timetable is entirely feasible in Britain. It has a proven track record in both Switzerland and Austria, whose rail networks have some of the highest market shares in Europe. The key to unlocking Britain’s potential lies in designing the timetable earlier in the infrastructure development process.

Our existing process, where infrastructure plans are passed from Network Rail to government for funding without designing the timetable that will eventually operate on them is a barrier to this change. These plans state the expected future service levels (i.e. how many trains per hour will operate) but not the timetable and, therefore, are incapable of considering the needs of people who interchange.

Even if Network Rail were to write the future timetable as part of its Long-Term Planning Process, there would still be a disconnect between Network Rail’s plans and the timetable that would eventually operate. This is because the government specifies service levels to private sector operators, rather than specifying the detail of the timetable.

The seeds of change

Under the current system, an integrated future timetable, written before infrastructure works begin, would need to be part of Network Rail’s long-term plans, and the government would then need to ensure that timetable is implemented by specifying it.

The outcome of the Williams Review is likely to involve the creation of an arm’s length government body to oversee the railways. This has the potential to unite separate roles currently undertaken by Network Rail as part of its Long-Term Planning Process and the Department for Transport’s (DfT) Director of Passenger Rail Franchising into one organisation. This organisation could be better placed to plan the future timetable alongside making infrastructure investment decisions. We could then see the connectivity benefits of those investments realised through an updated service specification process.

Whichever industry structure is eventually settled upon, there are two changes to the status quo that are key to delivering the opportunities presented by RBR. Firstly, the organisation responsible for long-term rail infrastructure planning needs to set out a vision for the future timetable, which considers users who might want to interchange, and use that vision to define its investment priorities. Secondly, the organisation responsible for implementing the service would need to take a proactive role in ensuring that the timetable comes to fruition.

To meet our net zero targets, we need to think about rail differently, and pushing timetabling up the agenda is one way that we can not only make ourselves more financially secure, but also provide a more competitive service for end users.

As an Imperial College London graduate, Chris Nuttall started his career developing civil engineering designs for multidisciplinary rail enhancements and managing construction works on site. In 2009, he became a signaller at Victoria Area Signalling Centre London, controlling one of the busiest stretches of railway in the country. It’s this combination of Chris’s engineering background and his frontline rail operating experience that has shaped his vision for rail’s future. 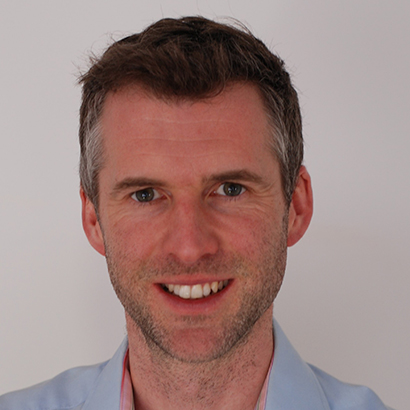