Axel Schuppe, General Manager of the German Railway Industry Association (VDB), heralds the arrival of FRMCS and explains just why this innovation is crucial to achieving the future rail service that passengers deserve. 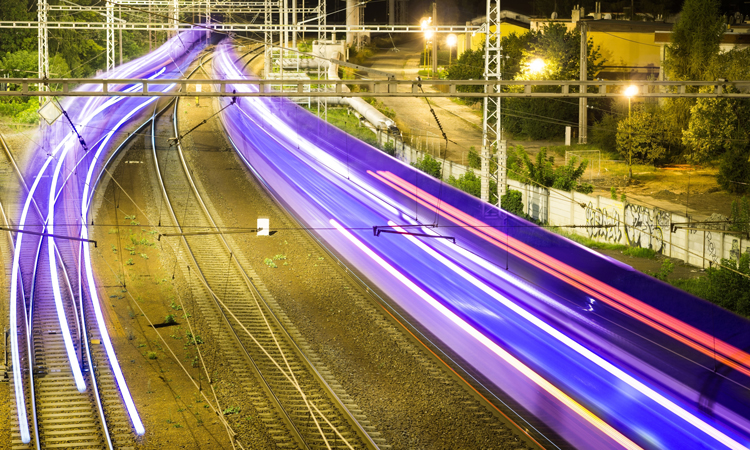 It is evident – the digitalisation of the rail network enables more mobility, while lowering the emissions of the European transportation sector. Only with Rail 4.0 can the EU’s goals of becoming the first climate-neutral continent by 2050 be implemented. More punctuality, more travel experience, shorter driving and waiting times, zero emissions. Mobility must adapt to its customers – not the other way around.

Our vision? High-speed trains connecting cities across Europe as fast as airplanes. The European Train Control System (ETCS) allows for a borderless Europe on rails. Autonomous trains deliver highest flexibility and save up to 30 per cent of energy – plus 30 per cent climate protection. They run more often as they can drive shorter distances safely, meaning fewer waiting times, more free seats, and higher punctuality. Predictive maintenance activities use data from the vehicles, from tracks and components to detect potential defects before they become acute and to identify maintenance needs in a timely manner before expensive failures occur, thus radically increasing the availability, punctuality and quality of the rail system. This significantly reduces operating costs for operators and raises passenger satisfaction. Artificial intelligence (AI) can also noticeably improve the travel experience of customers by managing passenger flow more efficiently or by increasing safety in trains and stations. The result: clean mobility that many, very different people can easily access everywhere. Best practice cases prove that it can be done.

With the expanding use of digital technologies, the amount of data exponentiates: In addition to quickly timed control information through the use of ETCS and the autopilot function Automatic Train Operation (ATO), the data collected by sensors and cameras must also be computed and transmitted. The number of applications and Internet-of-Things (IoT) units in a railway vehicle that require a data connection to a central server, or even the Internet, is constantly increasing. Digital railway radio systems serve as a transport medium for train driver communication and information, ETCS data, which, in addition to train control, enable automated driving operation, interlocking communication and the monitoring of technical operating parameters of rolling stock, customer information systems, video surveillance, customer emergency call systems as well as telemetry applications. Multiple data transmission service qualities become indispensable, from pure uncritical information transfer up to real time and safety relevant control data.

The number of applications that require a data connection to a central server or the Internet is constantly increasing. It thus becomes fairly evident that modern train traffic needs a fast mobile network. Not only for passengers to access the Internet faster, but also for automation, databased maintenance and completely new data services. The new 5G mobile communications standard creates the necessary connectivity that digital future technologies require. 5G-based mobile communication technology along the railway lines is an enabler for future services and will become the new backbone for rail related communication over air. At the latest, when the final version of the new rail related, 5G-based communication standard FRMCS (Future Railway Mobile Communication System) is available (expected by 2022) the entire mobile network used by rail transport must start to migrate to the 5G standard. Today, however, rail related operational communication uses the standardised GSM-R radio system based on the 2G mobile radio standard, partly on even older analogue systems. The GSM-R mobile communications standard from the 1990s, currently used within the railway system, does not fulfill the performance requirements of future technologies. In railway hubs, the performance of GSM-R is already no longer suitable for the ETCS Level 2 without signals along the track. The operation of ETCS Level 3, allowing dynamic distance control between following trains, will not be technically possible at all with GSM-R.

The leap to 5G

The public telecommunications industry has been replacing 3G with 4G-LTE in a highly dynamic way for several years and is now starting a nationwide 5G rollout. As a result, the production and maintenance of GSM-R systems is becoming increasingly complex for manufacturers and operators, because the telecommunications industry as a whole is focusing on the new standard. From today’s perspective, support for GSM-R can only be guaranteed by the industry until 2030. This does not mean that there will be no solutions when there is demand for it. Nevertheless, as a result of components that are no longer available, it is becoming increasingly difficult and costly to maintain operations in their current form.

Railway radio systems must therefore be converted as quickly as possible. The ongoing standardisation of the GSM-R successor – FRMCS – will achieve a generational leap from 2G to 5G. FRMCS will meet the high demands on future data rates, latency times, availability and encryption.

The technology is already being demonstrated and tested in the field. An extensive digital test field in Germany, near the city of Chemnitz, demonstrates how the integration and validation of applications of the digital rail system based on FRMCS/5G and cloud technology works in practice. An important part of this digital testing field is the establishment of a basic mobile communications infrastructure in a real rail operation environment. In the 5GRAIL project, funded by the EU as part of the Horizon 2020 programme, 18 European partners are working together to validate the first FRMCS specifications. The focus is on the development and testing of prototypes of the future railway radio standard both on the train and along the route.

Now, the right framework conditions for implementation must be created to enable a large‑scale roll-out. Rail 4.0 requires more power. The public mobile network along the railway lines needs a performance of well over 50 Mbits/s to achieve adequate coverage in the digital age and as digitalisation progresses, an upgrade in the near future must be taken into consideration. In order to realise the full potential and advantages of digital technology for both passenger and freight transport, the expansion of the mobile network along the railway lines must not be ensured. The state must live up to its obligations especially, in order to increase the attractiveness of rail services and thus double the number of customers by 2030 – to ultimately achieve the climate targets in the transport sector.

After his studies of Electrical Engineering and Information Technology at the TU Chemnitz, Axel Schuppe began his career in the railway industry in 1990 at the then AEG-Westinghouse as a design engineer, and was responsible for vehicle projects at home and abroad. At Adtranz, he worked successfully from 1996 in positions in Engineering and Technical Controlling and made a significant contribution to the introduction of the first low-floor tram in Japan. From 1999, he was a technical manager in Mannheim and Berlin. From 2001, Axel was the manager of the Engineering Department in the Division of Propulsion &≈Controls at Bombardier Transportation in Hennigsdorf, where he was responsible for the successful integration of the Adtranz organisational units into the Bombardier Group and for the strategic reorientation of the department to become a system partner. Since 1 April 2005, Axel has been the General Manager of the German Railway Industry Association (VDB).