Among the large-scale railway projects are:

EU legislation applies on all projects

The EU legislation applies to most of these projects, but even when it does not the Danish national regulations are based on the same principles and processes as the EU legislation.

The massive investments combined with the fact that all the projects have to be approved according to the new EU legislation is challenging Trafikstyrelsen (the Danish Transport Authority). In order to be able to deal with this new approach, The Danish Transport Authority has restructured the approval process over the last couple of years, we have changed the way in which we engage in projects, and we have focused on upgrading and developing skills of employees.

The common objective of our initiatives is to ensure an effective and flexible approval process while maintaining the high Danish railway safety level. Projects should not be delayed due to internal shortcomings or unclear processes.

Most of the infrastructure projects must comply with the TSIs which have to be confirmed by a Notified Body (NoBo). As regards the safe integration of projects, the Danish approval process follows the Common Safety Methods on risk evaluation and assessment in accordance with the EU-legislation.

Independent assessment of all projects

The assessment body should always be appointed in the early stages of a project, enabling the assessor to closely follow the project from the design phases and until termination. The close cooperation between the assessor and the project ensures that technical solutions can be evaluated quickly and that most problems can be solved up-front. In this way the assessor can support the project in keeping time schedules, thus reducing project risks in authority approvals.

The Danish Transport Authority is no longer performing NoBo or assessment tasks. The Authority will still authorise placing into service (APIS), but the core tasks of the authority change. One of the most important new tasks is approval of the assessor’s competences and independence and, not least, supervising that the assessor continuously performs their job satisfactorily.

Supervision of assessors in multi-annual projects is a relatively new authority task. Procedures and guidelines for assessor supervision are established for smaller projects, while it is tailor-made for large projects. The Danish Transport Authority supervises the assessor throughout the project to ensure that the assessor’s competences continue to match project needs. Besides ensuring a high safety level, it is the objective that final approvals are not being delayed due to shortcomings in the assessment.

The Danish Transport Authority uses a risk-based approach when supervising assessors. The focus is usually on sub-systems or interfaces that are complicated, new or in other ways pose particular challenges for the assessor and the project. We are now developing supervising strategies and plans for all major infrastructure projects in order to make the supervision as effective and timely as possible.

A big challenge in multi-annual projects is to ensure continuity in both assessment and assessment supervision. Over a period of 10 years, personnel and management can change several times. Assessment and authority supervision must, in these cases, be enshrined in a kind of quality system which keeps track with all processes and unresolved issues.

The large projects are often complicated involving interfaces between different sub-systems and between old and new infrastructures. This challenges the approval process.

In principle, the applicant could wait years until completion of the project, then finalise the assessor risk evaluation and apply for APIS. However, this would be a very risky process. In order to reduce project risks, the Danish Transport Authority has introduced a number of optional measures as supplements to the final mandatory approvals.

The Danish Transport Authority recommends all major long-term projects to develop an Authority Approval Process Plan. The purpose is to ensure a common understanding of the way the approval process is structured – the time-line, the number of acceptances and approvals needed, and how the dialogue between the project and the Approval Authority is organised. The AAPP is customised to accommodate the specific needs of each project.

The Danish Transport Authority offers regular ‘executive meetings’ where the top management from the applicant and the authority meet to discuss general project progress and problems in the authority process. These meetings facilitate mutual trust-building and understanding and they can solve problems and misunderstandings further down in the project organisation. Sometimes the assessor participates in these meetings. It is for the applicant to decide.

The Authority engages in a continuous and close dialogue with all major projects from the very beginning of the project planning. The dialogue involves not only the project as such, but also the assessor, suppliers, other relevant public or foreign authorities. Early dialogue has been applied in all major projects. Among other things, the early dialogue has led to important early conclusions on rule application and interpretation in projects – thus reducing project risks of the applicant.

An ‘acceptance’ is the Authority’s statement that the project has handled the issue at hand satisfactorily so far, although the totality of the project remains to be seen. Issues subject to an ‘acceptance’ can be safety plans or process documents, for example. The use of acceptances thus provides the project with an opportunity to get the Authority’s comments on safety critical issues throughout the project. In this way, acceptances contribute to minimising the risk of project delays when applying for the final APIS.

All these activities are liable to normal authority fees by the hour. In principle, the projects decide how much they want to ‘invest’ in such activities, i.e. how many acceptances are needed or how often executive meetings are to take place. In practice, the planning of the approval process is conceived in close cooperation between the projects and the Danish Transport Authority.

The restructuring of the approval process of railway infrastructure projects triggers a need for changing the skills and competences of Authority staff. A deep expert knowledge of technical systems and sub-systems are no longer as essential as they once were. Instead, skills in process management and profound understanding of EU legislation are crucial for a continuous and smooth progression of the project approval. In order to keep up with developments in legislation and practice, much effort has been put into training and developing skills of employees. Also, national regulations, procedures and guidelines have been developed in order to support the new approval scheme – and these efforts are on-going.

It is our intention to support the maturing of the assessor market as much as possible. All customers (the applicants) should have clear expectations on what they get when contracting with an assessor.

From 21 May 2015 all assessors on large-scale infrastructure projects in Denmark shall be accredited by the national accreditation body, DANAK. Furthermore, we have established an Assessor Forum for mutual learning among assessors. Finally, we are trying to identify and communicate ‘good practice’ assessor examples to the entire sector in seminars and conferences.

Major projects will always require an APIS. Today, all railway projects comprising significant changes need an approval from the Danish Transport Authority, while projects comprising insignificant changes are handled by the infrastructure managers themselves. The ambition of the Danish Transport Authority is that only major projects should be approved by the Authority, while minor projects should be handled by infrastructure managers in accordance with their safety management systems.

Jesper Rasmussen has an M.sc. and a Ph.D in Social Sciences. Between 1994 and 2007 he was Head of Division and Deputy Director-General for the Agency of Trade and Industry in the Ministry of Enterprise. Since 2007, Jesper has been Deputy Director General of Trafikstyrelsen (the Danish Transport Authority) within the Ministry of Transport and is responsible for railway safety and aviation safety departments. 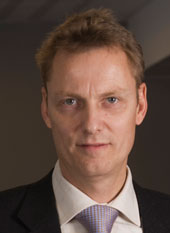