The introduction of ERTMS/ETCS Level 2 has been one of the major technological innovations in the world of railway signalling in recent years. Ferrovie dello Stato Italiane (FSI) through Rete Ferroviaria Italiana (RFI) and Trenitalia was one of the principal developers of the system, demonstrating its feasibility and effectiveness – both in terms of performance and safety – through implementation of the system on the High Speed/High Capacity Network. Fabio Senesi, Stefano Marcoccio and Andrea Olmi (RFI S.p.A) reveal the latest challenge for the group in this article and outline their means for achieving it. 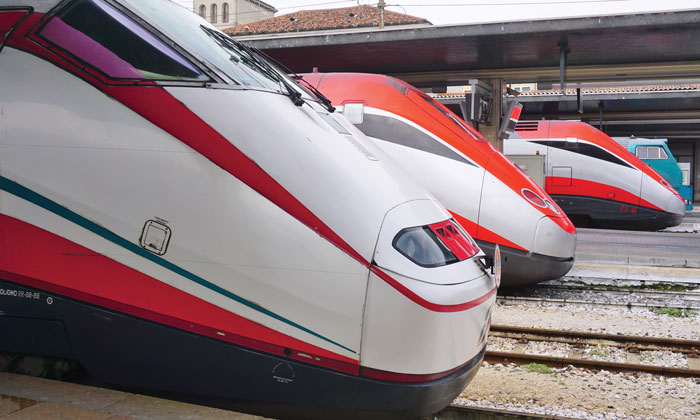 This new challenge for FSI Group is to apply ERTMS/ETCS Level 2 on conventional lines in coexistence with existing Class B National System (SCMT).

This technological challenge is very important for many reasons: firstly, ERTMS can become a technological method to increase performance and capacity of the line and, secondly, it is a prerequisite for the realisation of interoperable European Freight Corridors, according to European Programmes.

With the scope to test ERTMS/ETCS Level 2 on the conventional network, RFI has identified a pilot line approximately 35km-long and forming part of the path of the future ‘Rail Freight Corridor 6 Mediterranean’ co-financed by the Euro pean Commission.

The line that has been chosen is the Milan Lambrate–Treviglio where they can test the configuration interface between ERTMS Level 2 trackside with computer-based ‘Multi-station Interlocking’. Moreover, it will be utilising the existing GSM-R network without providing enhancement.

The Radio Block Centre – which is the main constituent of Level 2 trackside equipment for the management of the distances between trains and Operation Terminals – is installed inside the new SCCM Milano Greco Pirelli building.

The main purpose of the trial site is to reach consensus of a full set of technical specifications (SRS) for the implementation of Level 2 on conventional lines overlapping the SCMT Class B National System.

Other experimental activities include realisation of the pilot site; the installation of ETCS Baseline 3 trainborne on a test train; the simulator realisation for lab activities; and the issue of trackside, trainborne and integration safety cases according to CENELEC standards.

The on-board ETCS communicates with the trackside ERTMS via a GSM-R-based EURORADIO communication protocol. Eurobalise are necessary for the train repositioning function, recalibration odometry and for providing information about the entrance/exit from the Level 2 area.

To achieve this, existing SCMT Eurobalises are used through reconfiguration of the inside 1023 bit telegram maintaining the SIL4 safety level of the national Class B system with out intrusiveness.

The use of interoperable technology, such as Eurobalise, allows the full potentiality of ERTMS/ETCS because it is possible to put both SCMT and ERTMS packets inside the same telegram. The respective SCMT and ETCS trainborne are able to select the part of the telegram necessary to perform their respective functions, discarding the information content that is not relevant.

The decision to use Eurobalise (interoperable product) for realisation of SCMT on the Italian railway network enabled a smart migration to ETCS on the European Freight Corridor.

RFI, in line with the Memorandum of Understanding (MoU) signed by the European Commission and the railway associations (ERA, UIC, UNIFE, EIM, GSM-R Industry Group and ERFA) concerning cooperation and the develop ment of ERTMS/ETCS, is one of the first infrastructure managers that defined Baseline 3 as the technical reference for the new ETCS application on conventional lines.

The choice arises from the increased flexibility and performance for the future of mixed freight/passenger trains due to the presence of numerous new features that will be tested in the pilot site. These include, for example, the presence of a new unified braking model and the possibility to parameterise such a model for each specific line and different train type; as well as the greater number of international train categories available and new functions for the management of level crossings.

Another important task is to interface the ERTMS trackside with two different computer-based multi-station IXL (Italian acronymus: ACCM), as described in Figure 1.

The connection between the RBC and IXLs is performed through the use of a communication protocol based on the current diagrams used on High Speed/High Capacity network lines AV/AC modified for conventional line application.

It should be underlined that the existing GSM-R configuration and architecture is used, without upgrade.

According to the work planned for 2015 several field dynamic tests were performed: Figure 2 shows the First ETCS Baseline 3 Movement Authorities received between Milano and Treviglio during the tests on the night of 17 December. Also in June 2016 several tests were performed with success.

The ERTMS/ETCS tests on the conventional network are not only related to Level 2 but also Level 1 Limited Supervision. Additionally, Radio infill is undergoing tests on two specific trial sites close to the Swiss border (the Iselle–Domodossola and Ranzo–Luino lines). It is easy to see that the Italian pilot lines are the first step towards the implementation of ERTMS/ETCS (Level 1 and 2) on the conventional network overlapping the SCMT Italian Class B System. In fact, according to the RFI ERTMS migration programme, the opening of the commercial service of ETCS along European Rail Freight Corridor 6, ‘Mediterranean’, is expected from 2018 with intermediate activations until completion in 2020 from Novara to Villa Opicina. In the near future the European Rail Freight Corridor1 ‘RhineAlpine’ will also be involved with the implementation of ERTMS/ETCS Level 2 of the Milan Centrale-Milano Smistamento-Monza-Chiasso (with Central Place located in Milano Greco Pirelli). This project includes the dynamic transition between ERTMS / ETCS Level 2 and Level 1 in limited supervision Mode in Swiss territory.

Finally, considering the technological developments of ETCS, RFI is evaluating through a specific pilot site the feasibility of using satellite technology for railway applications and the cost-benefit analysis regarding the use of these technologies for local and regional lines. 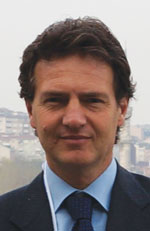 Fabio Senesi graduated in Electronic Engineering in 1991 and obtained a PhD in Applied Electromagnetism in Rome University ‘La Sapienza’. Since 1994 he has worked at Ferrovie dello Stato covering many roles in technical management to develop and implement innovative signalling and telecommunication systems, such as the new electronic interlocking of Roma Termini (1999) and CTC system. In 2002 Fabio was responsible for developing and implementing the new Automatic Train Control System for the new Italian high-speed network (ETCS Level 2) and for all RFI conventional lines (Class B system SCMT and SSC). In 2007 Fabio obtained a MBA from UIC at HEC School of Management. In 2010-2011 he was responsible of the Inspection and Audit sector of the new Italian National Safety Agency. In 2012 Fabio became Head in RFI of Train Control and Command System and TLC, responsible also for the ERTMS new application (High Speed, Commuter Lines, TEN-T Corridors, Use of Satellite). In 2012-2014 Fabio was President of the GEIEE ERTMS User Group and in 2014 was nominated Team Leader for RFI in IP2 section (signalling and TLC) of Shift2Rail research programme. Concerning the Pilot Line Fabio is the Project Reference. 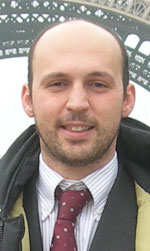 From 1999 Stefano Marcoccio has worked in the Control & Automation field, configuring and carrying out the implementation of numerous Automatic Process Control Systems in chemical plants. He has been employed in RFI S.p.A since 2003 and is currently a Project Manager in the CCS Department. His focus is following the ERTMS Level 2 Pilot Line, ERTMS L1 Limited Supervision at Swiss-Italian Border lines and ERTMS L2 on the MilanoChiasso line. In 2015 Stefano also became ERTMS Team Leader for Rail Freight Corridor 6. 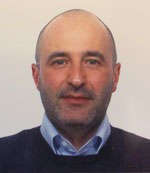 Since 2001 Andrea Olmi has been employed in RFI S.p.A and is currently a System Engineer in the CCS Department. Specifically, Andrea has been involved in the development, realisation and commissioning of ERTMS/ETCS L2 system for Italian HSLs since 2003. Since 2013 Andrea has been deputed for the application and testing of ERTMS/ETCS systems on RFI’s railway network (conventional and HSL lines). He is involved with different roles, both for concept development and commissioning aspects, in projects regarding the increase of capability of the Italian railway network introducing ERTMS/ETCS, implementation of ERTMS/ETCS on Italian sections of RFCs and the upgrade of RFI’s HSLs.