Responding to innovation for future success

Philippe Citroën, Director General of UNIFE – the Association of the European Rail Industry – discusses recent developments within the sector and considers the impact passenger demand will have on operations in the future.

How has the railway industry changed over the last five years and what has been UNIFE’s focus during this period?

In the world rail market landscape we are currently seeing increasingly intense industrial competition from Asia, and especially China – all while markets in those regions remain closed or very difficult to enter for European manufacturers. We have therefore focused our work on boosting the competitiveness of the EU rail supply industry and fighting for a level playing field with China and other non-European manufacturing powers. The 2016 Resolution on the Competitiveness of the European Rail Industry which we worked very closely with the European Parliament, puts forward strategic measures to be undertaken by the EU institutions in order to tackle these issues. UNIFE fought hard for the adoption of the Technical Pillar of the Fourth Railway Package, which will deeply reform the EU rail sector by fostering competition and encouraging innovation in railway markets. It represents a major step towards the achievement of a Single European Railway Area (SERA).

We were at the root of the first EU rail research PPP: Shift2Rail – an unprecedented joint effort of European rail sector stakeholders to invest in research and innovation. This will reinforce the attractiveness of rail transport toward passengers and business and achieve the ambitious objectives set by the European Commission in the 2011 White Paper on Transport, including the completion of the SERA. UNIFE and UNISIG are fully involved in supporting the ERTMS European Deployment Plan, including contributing to the publication of the Baseline 3 release 2 specifications. Our work is nowhere near finished, though, and the railway industry will continue to undergo changes that are both predictable and unpredictable. We will have to ensure we continue putting up the good fight, and one place we’ll bring it is to COP23 in Bonn in November 2017.

How must the railway industry adapt to ensure it can meet the continued rise in passenger demand?

Innovation: Just like in any industry – the key is to stay ahead of the curve. Increased urbanisation across the board has led to increasing congestion and emissions from urban transport. Rail is clearly the solution to tackling these challenges, given the heightened demand for both mobility and safety. Innovation in rail technology is a major lever to meeting increasing passenger demand while reducing the carbon footprint of the broader transport sector. Our industry is strongly positioned and committed to innovation through the improvement of the environmental performance of its products, as well as the quality of transport to end-users by improving the capacity, reliability and lifecycle costs of rail equipment. Moreover, our industry should also bring new responses to the digitalisation challenges of tomorrow within the new mobility concept, in order to bring added value to the end-users and make rail transportation the backbone of tomorrow’s mobility. This is precisely why UNIFE set up a Digitalisation Platform in 2016, which is open to all of our member companies.

The innovation programmes of the Shift2Rail Joint Undertaking are examples of the kind of ambitious and forward-thinking projects our industry is working on. In particular, Shift2Rail should take into account the ongoing mega-trends, especially in terms of urbanisation and the growing interest in environmental issues. And this is only the beginning. The rail industry expects a Shift2Rail 2.0 that will continue the current work but also redefine the place and ambition of rail transportation in the future mobility landscape.

Philippe Citroën began his career as Transport Advisor at the French Permanent Representation to the EU and then became Member of the Cabinet of the French Transport Minister. In 1993 he became Manager and Chief of Staff at RATP Paris, and joined the SNCF as Strategy Director in 1999. Prior to his position as Director General of UNIFE, he served for eight years as CEO of Systra. 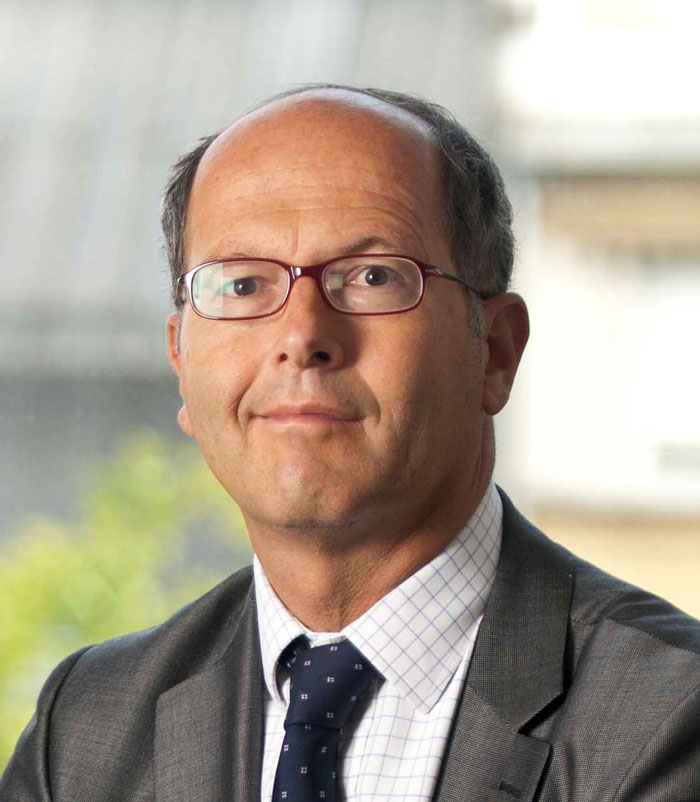