An interview with Mark Hicks, Technical Director at Angel Trains

With the news that Angel Trains, along with its partners Alstom and Grand Central, have delivered the UK’s first ETCS-enabled Class 180 trains, Global Railway Review sits down with Mark Hicks, Technical Director at Angel Trains and Michael O’Keefe, Project Manager on the Class 180. 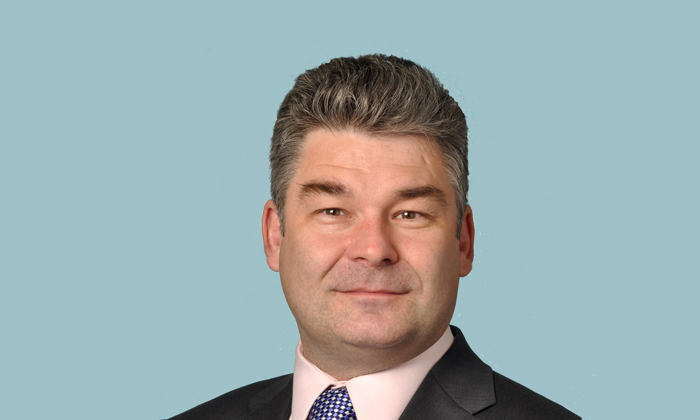 Congratulations on Angel Trains Ltd delivering the first ETCS-enabled Class 180 trains. Could you tell us more about ETCS and how this fitment has come about?

We ran a tender process for the vehicles through NJRP and we use a company called CPC as our project managers – they run the first tendering process to get the value-for-money argument across.

With the Class 180s we do a lot of work with Alstom – they are our maintainer and design authority for the vehicles so once the benchmark price was established we procured a collaborative deal between ourselves, Grand Central and Alstom because we work together anyway. It was an offshoot of the work we already do together.

The fitment of ETCS (European Train Control System) is a joint industry-wide project, and Angel Trains is currently working with other ROSCOs, along with Network Rail and the TOCs, to look at the most effective way we can add ETCS fitment to our existing fleets. This is dependent on Network Rail deciding on which fleet it wants to operate, where and when, for the programme to work.

We approached the fitment programme as a First of Class fitment, which has been the proven system on some of our existing vehicles. So, the first vehicle we decided to fit ETCS on was the Class 180, which we did in collaboration with Alstom and Grand Central. That unit has now successfully come out and is the first vehicle that has been refurbished through this programme for the latest configuration of ETCS.

We will now trial that, once we’ve undertaken the remaining static and dynamic testing, so it can then be proven in operation once we have made gains in mileage and service accumulations.

Other fleets will then follow, which we’re in discussion with Network Rail and our other partners about, where again, the aim is to gain mileage accumulation through the other systems.

This programme was completed through a partnership with Angel Trains, Grand Central and Alstom. How important are partnerships like this?

Very. For this particular partnership, our timelines were nicely aligned as we were in the process of a refurbishment programme with the vehicles already with Grand Central, so we could undertake the fitment of ETCS while the refurbishment programme was happening. This is important as it reduces the downtime of the vehicles and allows the expected availability of the vehicles to be maintained. This is critical for the operator as it allows us to invest in, and complete technical improvements, to our trains.

Our vehicles with Grand Central are on lease until 2026 so our partnership with them and the 180s is long-term. This is also the case for Alstom, who will continue to maintain them. As the vehicle owners, these partnerships are important as we are keen to keep the residual value of the vehicles and it is therefore critical that our trains are maintained properly so they perform as we would expect. This is especially true with the Class 180s as they are used on a critical route on the East Coast mainline so it’s important that they are doing well, which they currently are.

This project is a great example of how well these partnerships can work.

What are the benefits of ECTS?

Primarily the benefits and use of ECTS is the movement of signalling systems from the train track onto the trains, so the rolling stock itself has the intelligence rather than the intelligence sitting on the infrastructure. This allows Network Rail to improve the maintainability of the network and reduce maintenance costs.

ETCS is the intelligent part of the signalling system of the network. If it changes the diagramming techniques then it will also improve performance as well as improving costs. So, in theory, that’s how the industry should see a reduction.

Do you have further plans to fit ETCS on any other class of trains?

We’re in discussions on completing similar fitments to Class 43s and Electrostars, which are the next two fitment programmes that we’re in dialogue with Network Rail about. We would also clearly like to do a fleet-wide roll-out of the Class 180s and that’s also under discussion at the moment.

We also have new fleets coming in that have the equipment already fitted, as the best time to implement this system is when the vehicle is in pieces while it’s in for refurbishment or a build programme. This means we put all the wires and bracketry in the right place at the most opportune time.

Do you have any plans to fit similar intelligent systems on your fleet of trains?

Michael: Yes, we are currently planning on fitting Driver Advisory Systems (DAS), which is essentially aimed at maximising efficiency of the train driver on any particular route. The driver will be told of any essential information such as the targets he should be aiming for etc, with the idea being to smooth out the journey and to ensure the train is expending the least amount of energy in the shortest amount of time.

There’s also the evolution of this, which is the Connected Driver Advisory System, which is linked to a larger base station and is part of a larger traffic management system which will tell a driver to slow down if there’s trouble up ahead. This system is basically like variable speed limits on motorways which tell drivers to slow down if there’s an accident up ahead. However, the difference is that this will actually stop the train and any signals so there’s no energy dissipated while the train is stopping. There’s all sorts of spin-offs from ECTS.

Mark: The aim for these intelligence systems is basically reducing disruption risk and giving a better service. It’s also about getting better predictability through to the system and improving the trains’ knowledge.

What further projects does Angel Trains have in the pipeline?

We’re bringing in a number of train projects at the moment such as the Bombardier Aventra project with East Anglia, with Michael leading that project.

We’re also bringing in the Hitachi bi-mode trains to the TransPennine Express and Hull Trains. So, overall, we’re not only bringing a number of rolling stock projects through but also putting train capacity technology into service.

One response to “An interview with Mark Hicks, Technical Director at Angel Trains”