ERTMS deployment in the Western Balkans

The capacity analysis for the Comprehensive Rail Network in the Western Balkans (carried out under a REBIS1 study) showed that approximately 19 per cent (900km) of lines require upgrading. Depending on economic growth, between 25-33 per cent of the network (1,200km-1,500km) will require some upgrading before 2030. Given the current limited fiscal space, ERTMS is one of the solutions for enhancing capacity. Nedim Begović, Transport Planning Manager at SEETO and Svetlana Vukanović, Transport Specialist at the World Bank, explore further. 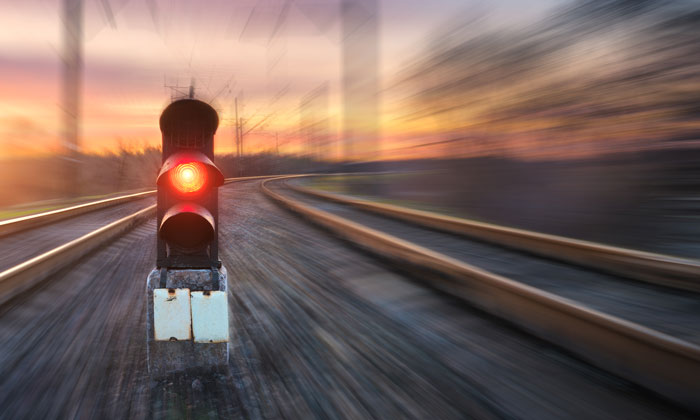 Looking at specific examples, the railway network of Bosnia and Herzegovina is a highly used freight network with 1.27 million tonnes transported per route-km, which is slightly higher than the EU average at 1.24 million tonnes. Line speed on the network averages around 40-80km/h depending on the section, but the commercial (end-to-end) speed on the network as a whole is significantly lower. Commercial speeds are lower partly due to poor track conditions on specific sections, but an additional major cause of train delays is an obsolete train dispatching and control system, including some compulsory stops at more than 3782 unprotected level crossings.

In 2012, traffic intensity in Serbia measured the total traffic units per route-km as quite low at approximately 30 per cent of the EU-27 average. In 2013, railway traffic intensity on the Serbian network was 75 per cent of that in 2008. Backlogs have accumulated with regard to telecommunication systems, signalling systems, power supply, catenaries and interlocking systems, with the age of over three-quarters of the systems being 31-40 years (81 per cent of signalling system is more than 30 years old). This also highlights the severe lack of investment over the last 10 years as less than two per cent of systems have been modernised3. A similar situation is found in other Western Balkan areas, with an additional problem of there being many borders over a relatively small area, which causes long delays and impedes the free-flow of traffic in the region and also between Europe and the Middle East.

Although this is the current situation in the region, there are now concrete plans to improve railways in the Western Balkans. As part of its Enlargement Strategy, the European Commission has committed up to €1 billion to the Western Balkans Investment Framework (WBIF) over the 2014-2020 period for improving key transport and energy corridors within the Western Balkans and the EU. This initiative, also known as the Connectivity Agenda, is part of the ‘Berlin Process’; it aims to create safe and efficient transport routes across core corridors. Within the Connectivity Agenda, the co-financing rate for rail projects amounts to 50 per cent (grant funding). In the last three years, eight railway projects have been financed which has provided momentum to secure additional projects and plans to deploy ERTMS.

Regional assessment of readiness to implement ITS

In order to assess the possibilities for signalling improvement in the Western Balkans, the South East Europe Transport Observatory (SEETO), in cooperation with the World Bank, analysed the current situation of ERTMS deployment in the region. They subsequently developed a roadmap for addressing the challenge of improving ERTMS in the Western Balkans to meet the Trans-European Transport Network (TEN-T) demands. Within this study4, we wanted to demonstrate how an assessment of ERTMS that covers legislative, strategic and operational issues can be used to develop a roadmap for ERTMS deployment that not only overcomes the current fragmented approach, but will provide significant economies of scale for implementation and operation through regional harmonisation. Our focus was the extension of the TEN-T network (see Figure 1) to the Western Balkans’ main regional network, to improve mobility within the region. 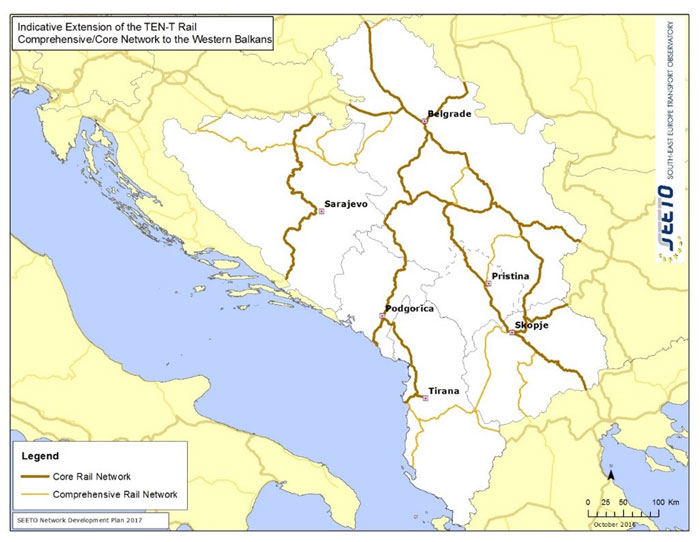 Figure 1: Extension of the TEN-T Comprehensive and Core Network to the Western Balkans

The Western Balkan partners are at different stages of introducing ERTMS systems, usually without the necessary interconnection between modes and between the different systems. In common with other regions, ERTMS implementations suffer from insufficient standardisation of information exchanges, market actors’ disparate capabilities to use ICT, legal requirements that hamper the use of ICT, as well as data security and privacy issues.

For railways, the key considerations include the following:

The interoperability directive, which provides the basis for ERTMS deployment, has been adopted by almost all Western Balkans partners. However, sublegal acts which further specify technical details and requirements of ERTMS deployment (TSIs) have yet to be transposed (except in Serbia).

The strategic framework for ERTMS deployment has been adopted by the former Yugoslav Republic of Macedonia as a part of the National Transport Strategy, and ERTMS is planned within the new strategies in Albania, Serbia and Montenegro.

In the Western Balkans, ERTMS deployment has recently started with the on-going project of the Bitola–Kremenica section of Corridor X where ETCS Level 1 will be installed. However, several ERTMS projects have been planned along Corridor VIII, Corridor X, Corridor Vc as well as Route 2 and Route 10, totalling more than 1,200km of lines.

An assessment was made of ERTMS status in the Western Balkans for all three pillars of successful ERTMS implementation – legislative, strategic and implementation. Status was assessed on a scale of 0 to 3 (where 0 means zero progress and 3 means full implementation) as shown in Table 1. 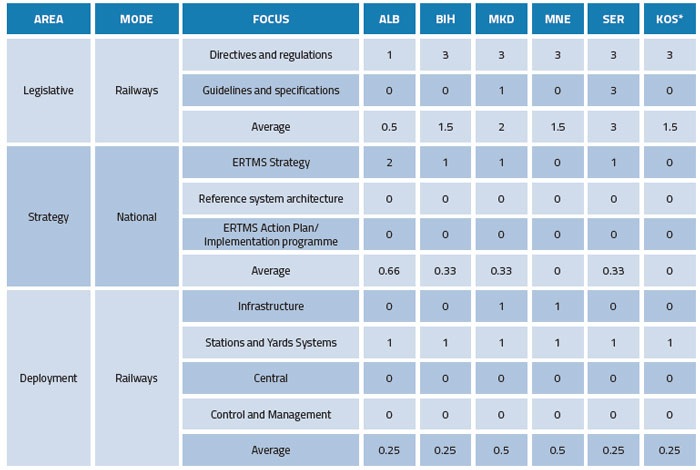 Table 1: Assessment of current state of ITS in Western Balkans

Roadmap for improving ERTMS in the Western Balkans

As shown in Table 1, significant efforts are required to implement ERTMS in the Western Balkans. To address this, SEETO and the World Bank have developed a roadmap for successful ITS implementation with specific recommendations for each Western Balkan partner. We proposed that several steps be carried out in order to speed up deployment, but also ensure regional integration of ERTMS and telematic applications to achieve a consistent and harmonised deployment of ERTMS across the region for interoperability with Europe. The four main areas that were addressed are as follows:

The Western Balkan partners face many challenges in effectively introducing ERTMS. However, their commitment to the TEN-T policy calls for strengthened efforts towards the successful deployment of ERTMS and other telematic applications. This can only be achieved by ensuring that there is the correct legislative framework, strategic plans and deployment strategy.

Our analysis shows that the implementation of relevant regulations and standards is progressing faster and more easily for those modes where guidelines and interoperability standards applicable to ERTMS are straightforward. However, awareness of what is an ERTMS or other telematic application and its benefits is still low. This is a significant obstacle since most of the partners are struggling to secure sufficient budget for investment in infrastructure and a clear understanding of the cost-benefit of ERTMS interventions is crucial for making a case for ERTMS. The fact that systematic approaches and capacities for the introduction of ERTMS are generally not in place, depends largely on the political context and isolated efforts of individual practitioners.

The recommendations provide a basis for the Western Balkans to address these issues and use it as a kind of roadmap in the years to come. The main recommendation is to establish the long-lasting teams that will work across borders with the goal of promoting ERTMS, raising awareness and compliance with the best-practices, and enabling the development of contextual and planning frameworks. The ERTMS strategy and regional framework must identify national and regional agencies’ responsibilities and supporting functions to serve as the basis for inter-agency agreements and commitments.

An overview of ERTMS deployment reported by Western Balkan partners has revealed an occasional lack of detailed costing and assessment of funding solutions or sound plan for training and retention of qualified staff. An important lesson for those conducting ERTMS planning is to ensure that funding for ERTMS is comprehensively considered, since a constraint in resources is one of the greatest barriers to sustaining ERTMS in the long-term. This requires not only a listing of where funds could possibly be obtained, but a funding strategy that charts a course toward the actual acquisition of those funds. This can be important information for consideration of the total transportation funding package for the national or regional transportation plan.

At a national level, measures are to be taken for capacity-building activities (education, outreach, best-practice material etc.) of organisations to develop working knowledge of ERTMS measures and systems and promote awareness of its benefits. Specific training programmes for transport practitioners in terms of planning, developing and deployment of ERTMS projects need to be undertaken.

Best-practice shows that starting properly from the beginning is of utmost importance in ensuring sustainability of the proposed solutions. Therefore, it is advisable to properly establish the basic strategy, architecture and interoperability standards before moving to implementation. By following this route, the Western Balkan partners will build a robust and sustainable ERTMS framework with sufficient internal capacities.

Nedim Begović is a Transport Planning Manager at South East Europe Transport Observatory (SEETO) where he has been employed from 2010. He is responsible for monitoring performance of the Comprehensive and Core Network in Western Balkans, the preparation of development plans, as well as facilitating rail reforms and ITS deployment on a regional level.

Svetlana Vukanović is a Transport Specialist in the World Bank where, for the past nine years, she has been working on transport infrastructure projects, rail restructuring and ITS. Furthermore, Svetlana has a PhD in ITS from the Technical University in Munich.